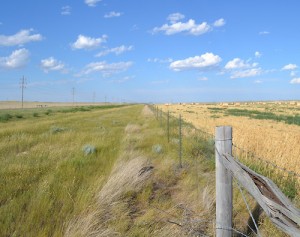 I was halfway through the tour before I realized I’d read the wrong Little House book to prepare for my trip. My ignorance felt like something to hide in Laura-crazed De Smet, South Dakota, population 1200, which bills itself as the Little Town on the Prairie.

As any self-respecting Laura Ingalls Wilder fan knows, Laura was born in 1867. Her journey started in Pepin, Wisconsin, as documented in Little House in the Big Woods. The family cover-wagoned to Kansas in Little House on the Prairie, homesteading until being booted out of Kansas for building in Indian territory. The family ventured north again, spending time in Walnut Grove, Minnesota, where they lived for a year in a mud dugout. Finally they came to De Smet, featured in five of Laura’s books, starting with By the Shores of Silver Lake.

Pardon me if I seem overly familiar calling Wilder by her first name. But in De Smet, everybody calls her Laura. Or “she” or “her,” even if you were talking about another subject. All roads and conversations seem to lead back to Laura or a Laura-related monument.

The Ingalls family bought their first De Smet home from a local surveyor and lived in it for one year. Laura described it as a “two story mansion,” but it looks fairly modest to visitors who haven’t spent a year in a mud dugout. After Laura’s death in 1957, local citizens banded together to form the Laura Ingalls Wilder Society. The society bought the Surveyor’s House in 1967.

Roland Rydstrom, our tour leader, is a big, hearty grant writer, filmmaker, and former college administrator based in Indianapolis. Rydstrom had given up more lucrative work to spend the summer following his passion for Laura, whose books he’d inherited from his five older sisters. I asked if he’d hid his love for Laura from his schoolmates. Not at all. In fact, he’d introduced other boys to the books. “If you could get them hooked on Farmer Boy and The Long Winter, you were good as gold,” Rydstrom said.

The Ingalls Wilder Society owns more than 2,000 family heirlooms. Visitors can tour two one-room schoolhouses, dress up in bonnets, pinafores, and straw hats, try out a spinning wheel, and – in honor of Laura’s older sister Mary, who went blind at 14 after battling scarlet fever – learn about reading and writing Braille.

Rydstrom said international visitors show up daily. Just the day before, he’d had two from Italy and two from Japan. A typical week brings visitors from 40 out of 50 states, he said. Many are women who drag their husbands along. These visitors feel a deep emotional connection to Laura, whose travails included nearby Native American massacres, meeting panthers in the woods, near starvation, grasshopper infestations and the blinding of her sister. Visitors relate to the values embodied by the Little House books, including faith, devotion and perseverance. But also to the more individual traits of Laura herself, her passion for adventure and exploration in the wide-open prairie.

Drive a mile south of town, past cornfields and a few wild sunflowers, and you’ll reach the Ingalls family homestead. The land has a spacious, peaceful feeling. On a warm day in August, a breeze blew fluid patterns in the prairie grass.

The buildings are reproductions based on descriptions in Laura’s books. Here, kids are encouraged to touch everything.

I started my visit inside the gift shop with a four-minute video on a screen shaped like a covered wagon. Among other things, the video featured a snippet of a popular song Pa sang called, “Uncle Sam is Rich Enough to Give Us All a Farm.”

Back then, he was. To qualify for a homestead, you had to farm at least ten acres, build some sort of dwelling and be over 21. Pa staked a 160-acre claim and moved the family out to their new farm.

The homestead has passed through many hands since the Ingalls family lived here. Joan and Tim Sullivan bought it sixteen years ago and have done a huge amount of work. The spread now consists of a reproduction of the family house, a barn full of snoozing kittens and miniature ponies, a one-room schoolhouse, church, reproduction of earlier Ingalls’ dwellings, a watch tower, and overnight lodging. Visitors can sleep in a bunkhouse or one of four adorable covered wagons, pitch a tent or park an RV.

The hands-on philosophy sets the homestead apart from many historic places. Visitors can lie down on lumpy straw mattresses, make jump ropes and corncob toys, play an old pump organ, or make hay twists, which the Ingalls family used for heat during The Long Winter. The hay was so rough that Laura’s hands bled and Pa had to take a break from his fiddle playing.

Maggie, the part-time covered wagon driver, has a full-time job doing quality testing at a manufacturing plant in town. But her heart is at the homestead. “Where else can you get this view all day?” she asked, gesturing towards the rears of Skip and Barnum, the two Percheron draft horses who led us to the schoolhouse.

Out at the 1888 JohnsonSchool, Marian Cramer, white-haired and soft-voiced, greeted us. She began her teaching career in a rural school in 1953.  Beneath old black and white Lincoln and Washington portraits, she led us in a recitation of the old “Hey Diddle Diddle” rhyme. Dressing up in bonnets and pinafores was optional. She said Charles Ingalls was a friendly and capable man with a hideous beard. Old photos of Pa with his overgrown facial hair surprise fans of the Little House TV series.

The homestead is the site of the annual Laura Ingalls Wilder Pageant, which just celebrated its 40th anniversary. For three weekends every July, locals perform a play based on a chapter from Laura’s life.

A few years after Laura married, Pa and Ma built a bigger house in town, which they moved into in 1877. After Pa died in 1902, Ma turned it into a boarding house, which it remained until her death in 1928. Just around the corner from Pa’s house is the church he helped build.

After half a day in De Smet, I felt a tad indoctrinated. As Rydstrom put it, “Every person I’ve met here knows that if it weren’t for Laura and her legacy, there would just be a gas station in this town.”

As I walked around the house to check out the church, I spied a man touching up paint around a rear window of Pa’s house. “Are you a Laura fan?” I asked him.

“Have you read the books?”

“Have you been in the houses?”

“I went in the kitchen to get the paint.”

I felt a little bit better.

Buildings featured in Laura’s books still stand in sleepy downtown. Lynn and Chad Kruse own the Loftus Store. This is the place to come if you want “I love Laura” jewelry or, for a more casual look, twine suspenders. The Kruses will fit you with free twine suspenders, in honor of the suspenders Laura and her sisters bought for Pa at the Loftus store one Christmas.

Andy and Jenny Todd also benefit from Lauramania. Jenny, a long-time Laura fan, persuaded Andy to visit De Smet from their home in New Jersey. They stayed in a grand 1880s B&B three doors down from Pa’s house. The house once belonged to Thomas Ruth. Fans know him as Banker Ruth, the well-to-do fellow who burned wooden planks for heat during The Long Winter while the Ingalls family chafed their fingers making hay twists and survived on potatoes and dry bread. The Ruth B&B was for sale. The Todds’ lives took a sudden west turn. Now their eleven year-old has played Laura’s youngest sister Grace in the pageant three times.

I asked Jenny about her level of fandom. “I thought I was really a Laura fan,” she said. Then she met guests who had named their children for Laura and her sisters.

Rydstrom insists he’s not a Laura fanatic. Though his knowledge seems encyclopedic to someone who read the wrong Little House book before her trip toSouth Dakota, he assured me that some people are way more obsessed. For example, the people who attend Laurapalooza every other year atMankatoState. Another case in point, he said, are the 60 or so people that immediately respond to online posts he makes about Laura. He thinks they need to lighten up.

To Rydstrom, the big thrill is when someone is dragged along on a tour but ends up finally getting it, and understanding why Laura is so important. Rydstrom thinks that Laura’s detailed accounts of early prairie life make her as important to American history as to literature.

And I guess even someone who read the wrong book can understand. Laura was the bold sibling, the one who wanted to ride outside with Pa and throw off her bonnet so her face soaked up the sun. She was smart and independent, but devoted to her family. She served as Mary’s eyes after her sister’s tragic loss of sight. Laura is the bright, brave, independent spirit we all want to believe we have inside us. And in De Smet, maybe we can get a little closer to that spirit. 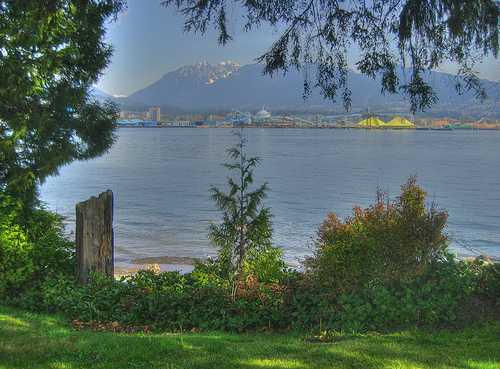 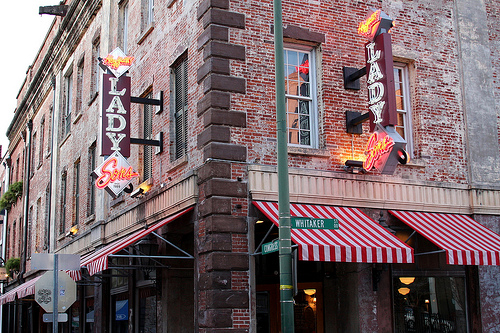