Lord Byron’s set made it famous and it’s still a sight to see.

Surveying Castle Chillon, an exquisite jewel that seems to float on the placid surface of Lake Geneva, Lord Byron may well have exclaimed, “It’s a marvelous place to visit, but I wouldn’t want to live here.”

They were aware of the grisly past of those ancient walls and battlements, had heard tales of the countless souls who’d been confined, tortured and executed there. Byron particularly was intrigued by the story of Francois Bonivcard, who had been incarcerated in the vast, vaulted dungeon for four years.

They stood at the stone column where the prisoner had been chained and looked at the footprints that had been worn into the cold stone floor by his pacing feet. As tourists do today, they must have meditated upon the fate of this unfortunate man whose only crime was support of the Reformation. But possibly Mary and Claire wondered-as did I-why the poet chose to focus on the fate of this man who was ultimately freed rather than upon the hundreds of women condemned as witches and burned to death in the castle courtyard.

Today the epic poem that resulted from Byron’s dark fascination draws hundreds of tourists who visit the castle each day, some driving the scenic highway that winds between lake and mountains, others by train or cruise boat. Castle Chillon, Switzerland’s most popular historical monument, owes its notoriety largely to “The Prisoner of Chillon.”

There are seven pillars of Gothic mold
In Chillon’s dungeon deep and old.

They do indeed exist. Byron, a typical tourist, carved his name on one of them. Today visitors stop to look at it along with other reminders of the past. The gibbet, for instance, still preserved; or cabalistic inscriptions of the walls intended as a warning to evil spirits.

Set against the stark white peaks of the Savoy Mountains, Chillon looks like an enchanted castle, an illustration from a fairy tale book. Sleeping Beauty might easily slumber there lulled by the soft lapping of the waves outside. But there’s nothing languid about the history of the place. The rock on which the castle stands was occupied by men of the Bonze Age and later by the Romans. It has been a fortress for more than a thousand years, witness to every sort of human drama.

The grim parapets bear ghostly witness to far greater dramas than Byron ventured to portray. Beside Bonivard’s prison there are subterranean chambers into which the condemned were lowered by ropes with no communication possible with prisoners in crypts on either side.

Upstairs one may walk among tapestry-draped banquet halls and lofty towers. On a sunny day it’s easy to imagine the lake outside rippling with the splash of many oars, to catch the echo of bantering knights and ladies, the scent of roasting meat and rich sauces. The glitters of armor, the rustle of silks seem only a shadow away.

Chillon must have been a delightful place to visit if one didn’t happen to be accused of witchcraft. But when the skies cloud up, the visitor’s thoughts are apt to return to those unfortunate women. How often have the waves dashed vainly in screaming foam against the stout walls of the dungeon, drowning the despairing shrieks of tortured captives?

Today it’s reassuring to hear the sound of a nearby train, a pleasant reminder that those days have passed beyond recall. It wouldn’t have been much fun to inhabit the castle a few hundred years ago if one were unlucky to have a mole or even a zit. The lords of Chillon were a zealous bunch intent on stamping out those uppity women unpopularly known as witches. When it was feared that some were escaping because the telltale blemishes (marks of Satan) went undetected in the dark dungeon, the examinations were moved upstairs to a well-lit chamber overlooking the lake.

A pulley, which still exists, was installed between two painted beams in the ceiling, exactly facing the window. The lower part of a neighboring post still shows the scorch marks made by the executioners in the preliminary trials with heated irons.

The summer of Byron’s visit was a strange one marked by violent storms and an atmosphere of gloom. People were warned to stay indoors as seers predicted the end of the world. The excursion to Chillon was a welcome change but a brief one. As the persistent rain beat against the window panes of their retreat, Byron and his companions competed with one another to see who could write the best horror story.

Shelley wrote “Fragment of a Ghost Story.” Byron’s poetic fragment, “The Vampyre,” was developed by Polidori into a novel and then forgotten. But the eighteen-year-old Mary Godwin (later Shelley) wrote the prototype of all monster stories, the forerunner of science fiction and science fact, a fearsome tale that remains in print nearly 180 years later. She created “Frankenstein.” 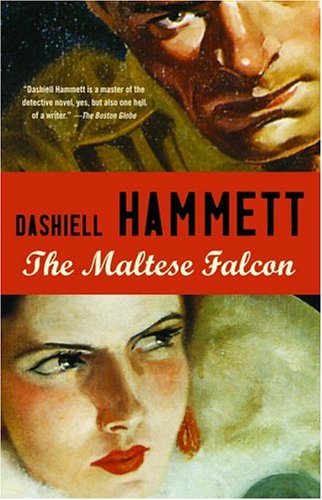 Dashiell Hammett at the Hollywood Studios