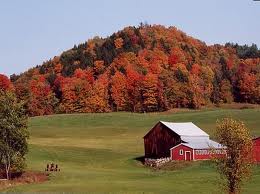 Vermont is a splendid place in which to read. The state abounds with writers and bookstores. We are close to nature and the land; we have long winters; we have the isolation and the time to create. Many famous writers have lived here: Pulitzer Prize-winning novelists Wallace Stegner and E. Annie Proulx; poet Robert Frost; novelist and autobiographer Jamaica Kincaid; Nobel Prize-winning novelist Pearl Buck; Rudyard Kipling; and poet and translator Galway Kinnell, among them. Every summer, Bread Loaf Writer”s Conference brings many world-renowned writers to teach and to give public readings; other readings abound throughout the state and year in book shops and on college campuses.

It”s difficult to highlight a few as the quality of works produced in the Green Mountain State has always been high. I”ve chosen to recommend writers and their works which will introduce you to the state and its character (and characters). Most of the works are still in print, but if not, our state is full of used book shops in which to find regional and state-based books.

Perhaps the most famous “Vermont” writer is Robert Frost, who kept a home in the Green Mountain State for more than 40 years. (Note the quotes. In Vermont if you weren”t born here, you”re not a real Vermonter.) Born in 1874 in San Francisco, he was, nevertheless, a self-proclaimed “Yankee of Yankees.” Frost”s poetry has always been accessible yet deep, concerned with both nature and human relationships. In an interview, he once said that some critics had labeled him a nature writer, but that almost all of his poems had at least one person in them. You can still visit his cabin in Ripton, Vermont (you can”t enter) or walk the Robert Frost Trail across the road, where many of his most loved poems are posted on plaques. Frost also greatly influenced at least two other less-well-known Vermont poets: William Mundell and James Hayford.  For   good collections of his works, look for the inexpensive New Enlarged Anthology of Robert Frost”s Poems (Washington Square Press, Pocket Books), or the more inclusive The Poetry of Robert Frost, which contains all eleven of his books of verse (published by Henry Holt).

Another historic Vermont writer who loved her adopted state and portrayed it passionately is Dorothy Canfield Fisher. Born in Kansas in 1879, she moved with her husband to southern Vermont in 1907. She published 10 novels, 11 collections of short stories and 20 books of nonfiction. Her most famous nonfiction piece is Vermont Tradition: A Biography of an Outlook on Life, published in 1953. This contains one of the best descriptions of the independent, strong Vermont character ever written. In 1996, Mark Madigan edited The Bedquilt and Other Stories by Fisher, published by the University of Missouri Press. The Bedquilt is a moving story about how an old woman”s life is transformed through the making of a magical quilt. This story has also been immortalized in a beautiful small press edition, co-published by Rumble Press and the Shelburne Museum, available at the Museum Gift Shop in Shelburne.

Perhaps one of the most outstanding contemporary Vermont writers is poet Galway Kinnell, who was the first poet laureate of our state since Robert Frost. He lives at least half time in Sheffield, Vermont, and the rest of the year in New York, where he teaches at NYU. One of the most esteemed and anthologized United States poets of the second half of the century, Kinnell reads and lectures around the country and the world. Much of his writing centers around Vermont themes: its natural beauty; its small town and farming community relationships; its isolation. His work is often a tribute to Vermont, yet is less specifically concerned with it than the above two authors. Highly recommended is his collection of poems,When One Has Lived A Long Time Alone, published in  1990 by Alfred A. Knopf. If he”s reading while you”re visiting, make sure to attend; he is an intense and friendly reader with a hypnotic voice.

Other writers to look for include Bernd Heinrich, a biologist at UVM whose best nonfiction works include One Man”s Owl and The Trees in My Forest; Howard Frank Mosher, who has published five novels and a memoir, North Country, about his life in northern Vermont on the border of Canada; Edward Hoagland, a nature essayist who teaches at Bennington College, some of whose best work appears in his anthology, Heart”s Desire; and a novelist, Dalia Pagani, whose first novel, Mercy Road, is gritty and captivating. If you prefer old-time writers, you might enjoy the descriptive words of Rowland Robinson, a native of Ferrisburgh, whose house, Rokeby, is now a museum. His words bring alive the Lake Champlain and Adirondack Mountain regions of an earlier agricultural era.

Almost every town in Vermont has a “new” bookstore, but if it”s the older books you prefer, pick up this list of shops: Vermont Antiquarian Booksellers Association, 1998 List of Members. If you don”t find the brochure, call 802-527-7243. 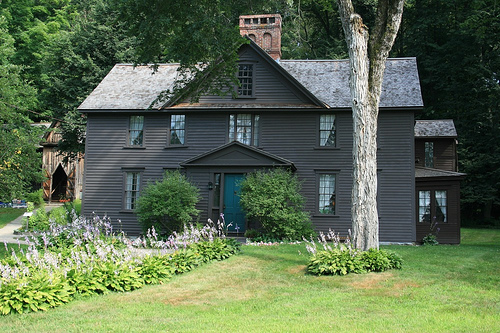