Really, every year is the year of Shakespeare. But 2016 holds special importance, as it marks 400 years since his death. As such, there are celebrations being held both in his native England and all over the world. It’s the ideal time for any Shakespeare enthusiast to make a pilgrimage to the UK, but even those who can’t will have ways to enjoy his work in 2016. 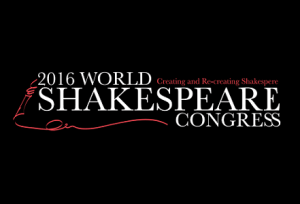 The World Shakespeare Congress is not a new event; the first of its kind took place in 1976 in Vancouver, Canada. Since then the Congress has been held all over the world, but it’s returning to England this year in honor of the anniversary of Shakespeare’s death.

Hosted by the International Shakespeare Association, the Congress will take place from July 31st to August 6th. To include more historical sites associated with Shakespeare, the Congress is splitting its time between his hometown of Stratford-upon-Avon and London. For scholarly Shakespeare fans, it’s a perfect destination. The Congress includes days of panels and seminars, covering such topics as “Reading Shakespeare Adaptations Historically,” “Transcultural Shakespeare,” and “Performances at Court.” The varied panels are hosted by both professors of Shakespearean study and those who work with his material legacy, such as costume coordinators from the Victoria and Albert Museum and the Director of Music at Shakespeare’s Globe.

The Congress is not all learning, though. It also includes nightly social gatherings (booked in such places as the British Library and Westminster Abbey) and excursions like a candlelight vigil at Shakespeare’s grave. It promises to be an educational, exciting, and quintessentially British experience. To register and see the Congress’ full list of events, visit their website.

It seems a bit morbid to celebrate the anniversary of a person’s death. Luckily, there are also birthday celebrations planned for Shakespeare in Stratford-upon-Avon. This year’s celebration takes place on April 23rd, which also happens to be the day Shakespeare died (morbidity, in this case, seems impossible to avoid). The climactic event of the festivities is a large parade that will go through the town, featuring “civic dignitaries, VIPS and invited guests from the worlds of literature and theatre, students of Shakespeare’s school and characters in period dress, all accompanied by marching bands.” There will be smaller events throughout the week leading up to the parade, and the Shakespeare’s Birthplace Trust offers year-round attractions and events that can be taken advantage of while in town for the party. If there is one week out of the year to visit Stratford-upon-Avon, this is it. 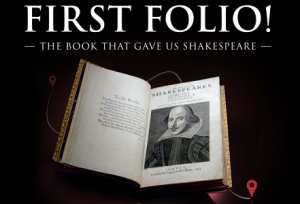 Of course, not everyone can jet off to England. Luckily, one of the most important Shakespearean artifacts in existence is doing some traveling of its own. Printed in 1623, the First Folio is considered to be the first printed collection of Shakespeare’s works. More importantly, it contains 18 plays that had never been printed before. Without this book, masterpieces such as “Julius Caesar,” “Macbeth,” and “Twelfth Night” might have been lost to history forever. Only 223 copies of this folio still survive today, and they are going on tour.

First Folio! The Book that Gave Us Shakespeare is a huge undertaking done by the Folger Shakespeare Library. The tour will stop in all 50 US states, Washington, D.C., and Puerto Rico. Seeing this massively important document is a way to honor Shakespeare without having to go far from home. For a list of tour locations and dates, see their website.

We Are Shakespeare: Digital Video Festival

For theatre lovers and professionals, Shakespeare’s importance cannot be overstated. That is why the Shakespeare Theatre Association is organizing We Are Shakespeare: Digital Video Festival. Rather than organize a festival in one location, the STA has strived to make their project open to as many people as possible. Inviting contributions from all over the world, it is looking for “personal tributes and testimonials, performance excerpts and recitations, music videos, animations, and other media content.” It’s a perfect opportunity for performers to share their part in Shakespeare’s legacy, and a perfect opportunity for everyone else to enjoy watching how the world has interpreted Shakespeare in the past 400 years. As the compilation process is still ongoing it cannot be viewed yet, but information on how to submit an entry can be found at the festival’s website.

The Magic of Venice and ‘The Thief Lord’