Award show season is just beginning, and as we look forward to the Oscars (and the Fauxscars), it seems the perfect time to reflect on some of the best of the best — adaptations, that is. So, sit back, while I count down ten of the must-see film adaptations of all time. Let us know if you agree in the comments, and stay tuned for the 2014 Literary Fauxscars — Coming Soon. 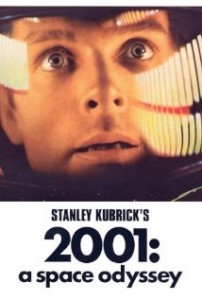 2001: A Space Odyssey is undeniably the most influential science fiction film of all time — and one of the most memorable movies regardless of genre. That said, this is nothing like modern science fiction blockbusters like Star Trek Into Darkness. 2001 is beautiful, and (amazingly) the special effects don’t feel dated thanks to practical techniques and detailed models. It’s also quite long (over 2 1/2 hours) and can feel slow if you’re expecting the action-packed feel of today’s movies. Then there’s the fact that the first 20 minutes have no dialogue and is just a bunch of guys in monkey suits jumping around and screaming.

However, if you have the patience for it, 2001 is an absolutely stunning film both visually and thematically. The ambiguity of the monolith has puzzled and intrigued viewers for decades. The characters of the astronaut Dave and the artificial intelligence HAL 9000 are unforgettable and have an immense cultural presence (you probably know who they are whether or not you’ve seen the film). If you like sci-fi, 2001 is basically required reading, but even if you don’t, this movie has pioneered new filming techniques, and the cinematic craft of Stanley Kubrick is basically unmatched.

Okay, yes, I like science fiction, but as with 2001, this movie can be enjoyable for any film aficionado. The model work — which today would be substituted with CGI — is gorgeous and irreplaceable. The film’s study of human nature and identity is equal parts haunting, heartwarming, and unforgettable. The lighting is visionary and reminiscent of the best of classic film noir.

As with any movie, there are things that some viewers might not like about it. The mood is somber and the pace is rather slow, and with the movie coming out in the wake of Raiders of the Lost Ark and The Empire Strikes Back, many audiences expected a more lively and charismatic performance from Harrison Ford. If you’re not a fan of sci-fi you may not be able to muster the patience to find the light of genius within the movie’s dark depths, but if you are, you’ll be greatly rewarded. Of course, if you do like science fiction and have not seen Blade Runner, then what are you waiting for? 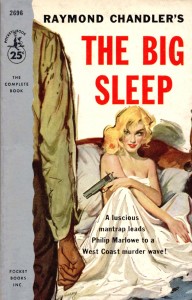 Easily one of the best film noirs and possibly one of the best films of the classical Hollywood period, The Big Sleep is a detective story starring Humphrey Bogart and Lauren Bacall. Like most great detective fiction, the story centers around a couple of mysterious murders and Bogart’s struggle to discover the culprits without becoming one himself.

The reason this movie sticks in my mind and why I keep coming back to it is the dialogue. Modern viewers need not worry about the movie feeling old since the witty banter keeps the experience fresh and enjoyable, but the film is definitely driven by its plot and character, so don’t expect the big set pieces we see so commonly in Hollywood blockbusters. It might not be as flashy as today’s mysteries, but it has endured for a reason.

As the most recently released movie on my list, you might think that No Country for Old Men is going to be the easiest to watch. This movie takes the bold step of forgoing a soundtrack, and many viewers will be unavoidably bored by the resulting silence. If you can appreciate it for the ominous and eery tone it creates, however, you’ll find one of the best dramatic thrillers available.

Javier Bardem plays one of film’s most iconic and menacing psychopaths, portraying a killer that can be calm, perceptive, and intelligent. The movie also features high caliber acting from Josh Brolin, Woody Harrelson, and Tommy Lee Jones, and along with precise and artistic direction from the Coen brothers and visionary cinematography from their frequent collaborator Roger Deakins, this movie is as pretty to look at as the book is engaging to read.. 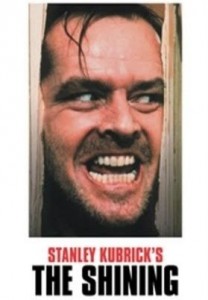 The Shining is arguably the best adapted horror film of all time, and to this day remains one of the creepiest movies I’ve ever seen. The soundtrack from composers Rachel Elkind and Wendy Carlos — the latter of which also worked with Kubrick on A Clockwork Orange — is absolutely haunting and conveys the horror of the situation better than any of our modern splatterfests.

Kubrick also developed new techniques to use with the recently invented steadicam to capture extreme low angle shots and the quick, sharp movements of Jack Nicholson’s growing insanity. Jack and Wendy Torrance and their young son Danny look after a hotel while it’s shut down for the quiet winter months, but the solitude, which Jack thought would help him overcome his writer’s block, ends up being more than he can handle.

Another classic film noir based on a great detective novel, Double Indemnity bears many similarities to The Big Sleep. Perhaps the most important one for modern viewers wary about watching a movie which may be older than their parents is that the dialogue is still hilarious. For film buffs the highlight is the cinematographer’s use of contrast between light and darkness to convey emotion and conflict.

The story goes like this: Walter Neff is a successful insurance salesman who falls in love with his client’s wife, and together they hatch a plan to have the husband killed and collect the insurance money. Tensions run high as Walter’s boss becomes suspicious about the case and the couple’s need to lay low during the investigation begins to pull them apart. 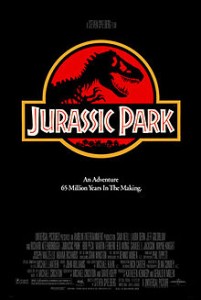 The third (and final) movie on the list to feature heavy use of special effects, Jurassic Park has also withstood the test of time. As a more recent release than 2001 or Blade Runner, this might not be a huge surprise, but that doesn’t mean this was an easy feat to achieve. Steven Spielberg used a combination of animatronics and cutting edge CGI to bring us dinosaurs that still look good to this day.

Of course, it helps that the movie also has an incredibly fast pace and gripping storyline portrayed through incredible performances from its cast. If you grew up with this Spielberg modern classic and are worried that it won’t be as good as you remember, fear not. The dinos may be extinct, but the storytelling style and special effects are not.

If you thought the new Batman movies were good, you should probably drop what you’re doing and immediately watch The Prestige. As a psychological thriller, it may not have the same amount of action that you’re used to, but what it lacks in explosions it makes up for in rich storytelling.

Two magicians become enemies when a horrible accident happens on stage, and their rivalry tests the integrity of each of their personal lives while they compete to create the best illusion ever. The tale is told through the intricate and almost purposefully confusing method of multiple flashbacks which amplifies the mystery and will keep you guessing until the very end. Are you watching closely? 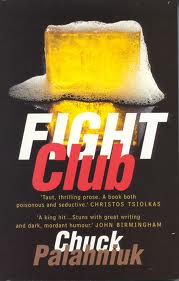 By this point in time, almost everybody already knows the first rule of Fight Club, and while the movie itself has created and subsequently worn out countless cliches, there is a reason it made such a big impact. If you haven’t seen it yet, this movie is a really fun experience the first few times through, but Fight Club is much more than its plot twist.

David Fincher’s cinematopgraphy is hauntingly attractive with dark colors and harsh lighting left over from his iconic detective story Se7en. Brad Pitt and Edward Norton’s performances would hang over each of them for at least a decade afterward. The movie realizes many of our deepest childhood fantasies, and while at its heart it may be somewhat immature, this immaturity is part of what makes it relatable, part of what makes it human.

I just had to end the list with another science fiction, didn’t I? To make a long story short, if you liked this year’s Gravity then you’ll probably also like Children of Men. The cinematography is truly stunning and there are several long takes which will make this movie fun to watch for any film buff.

On top of that is the great story, which the film gets from its source material. In the year 2027, humanity has been infertile for over two decades. Populations are losing hope for a future they can no longer imagine. There are riots and strict government control over all facets of life. So when the cynical bureaucrat Theo Faron finds a pregnant woman he’s forced to drop his pessimism and help protect her from the insane dystopia they live in. 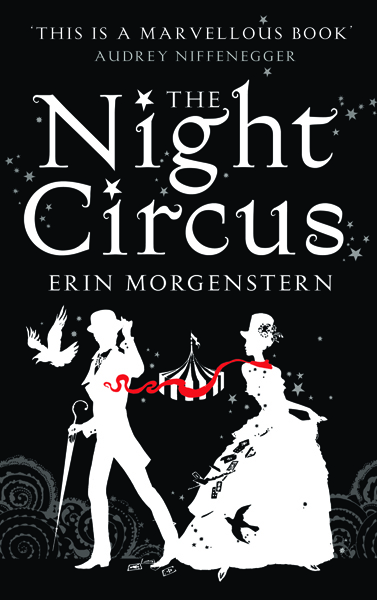 Escape to the Big Top: A Review of The Night Circus 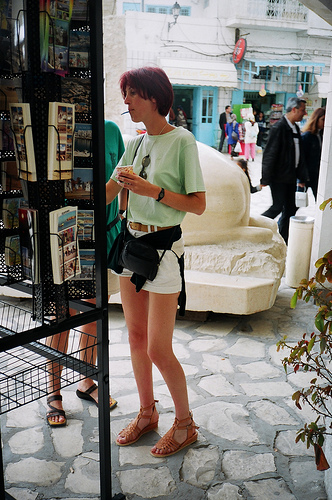 Safe, Solo, and Female: How to Book a Room of One’s Own and Have the Best Trip of Your Life