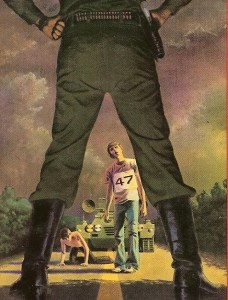 Long before Katniss Everdeen picked up her bow and boldly aimed at the bureaucratic villains of The Hunger Games, there was Ray Garrity, a child sacrificed by the United States of America for the entertainment of its blood thirsty citizens. Of course, before that came Shirley Jackson’s chilling tale of ritualized mob violence “The Lottery,” and before that we had gladiators squaring off against starving beasts in ancient Rome. Human sacrifice is a theme as old as the written word, so it makes perfect sense that Stephen King, being an obsessive documentarian of the darker side of the human psyche, would plumb these depths for content.

In 1985, King release the novel The Long Walk under the pen name Richard Bachman. It is set during the present day, and while the America of King’s imagination is easily recognizable, there are several key elements that mark this world as a terrible, twisted version of our own. First, it appears as though there is a militaristic government running the country, one that squelches any sign up uprising by removing citizens from their homes and disposing of them silently. Second, there is the annual “Long Walk.” Part sporting event, part intimidation tactic, the Long Walk is an organized event that rounds up 100 teenage boys from around the nation, drops them off at the Maine-Canada border, and commands them to walk until their bodies give out or their minds break, whichever comes first. On the upside, there is a possibility that each boy could make it to the end, gaining riches and fame beyond their wildest dreams. On the downside, there can be only one victor. And did I mention that anyone who slows below the set pace (four miles per hour) more than three times in a span of three hours is immediately shot? A simple thing like stopping to urinate, or even stumbling on the uneven surface, could result in a brutal execution, carried out by the cold-eyed armed soldiers that stand watch over the gruesome parade.

From this description, one might expect an excessive amount of violence. After all, 99 boys need to perish before the novel can end. Yet the moments of action are few and far between; the worst horror, King reveals, isn’t found in the sharp crack of a bullet ripping through bone, but rather in witnessing the slow decay of life and self. Losing one’s life is scary, yet inevitable. Insanity is not.

Though a novel about a group of people walking and talking may sound boring to some, I assure you that it’s not (further evidence can be found in Tolkien’s The Two Towers and Cormac McCarthy’s The Road). This may not be King’s greatest novel, but it is still a fascinating page-turner, as well as a psychological study of a small group of characters. As the novel progressed, I became increasingly invested in Ray Garrity’s inner life. Compared to the other walkers—and doubtless, other teenage boys—Garrity is a kind guy, empathetic and thoughtful. He forms bonds with others quickly, entering into a loosely knit group with several of his competitors. They do not form an alliance, yet they do get to know each other’s quirks and failings. Some boys even go against the brutal nature of the competition in order to help their friends survive. Just as there are moments of gut-wrenching fear, there are also moments of humor and flashes of compassion. But King is at his best when he’s twisting the knife, and despite the relatively straightforward plot line, The Long Walk offers ample opportunities for King to do just that.

I don’t mean to gloss over the failings of this early novel, or to imply that this is great literature; there are plenty of plot holes and some rather purple prose, but ultimately I enjoyed The Long Walk as both a gripping story and a great example of King’s basic strengths, particularly his ability to take mundane things and turn them into sources of extreme terror. One foot in front of the other, the characters move slowly into death and madness, as all America watches, placing bets and cheering on walkers. The format is familiar, yet utterly unlike anything I have read. It is darker than The Hunger Games, and just as creepy as “The Lottery.”  The Long Walk may not be a masterpiece, but it is an important piece of the puzzle for anyone seeking to decipher King’s literary history. 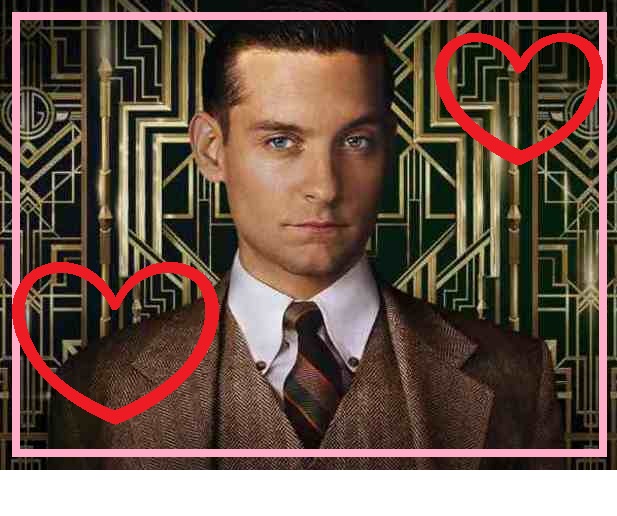 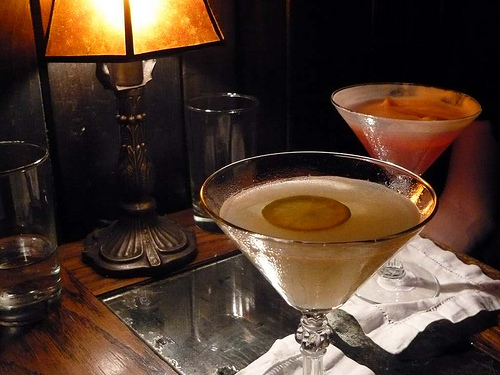