an image flared in my mind’s eye. It was of a girl, she was 16, standing in front of a classroom in her bikini while a nun-like figure walked around her, circling her ‘defective’ body parts with red marker while the class chanted “fat, fat, fat.” 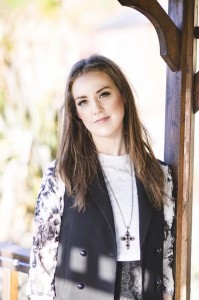 As YA fiction explodes with myriad worlds to explore and conquer, one thing that’s often taken for granted is the freedom to roam. With the reader piggybacking on the exploits of an adventurous protagonist (as in The Hunger Games), the YA novel becomes an exemplary “rite of passage” that puts readers’ feet back on the ground and their hearts back in the right place when the action is over. That couldn’t be further from the case with Louise O’ Neill’s feminist dystopia, Only Ever Yours, a brave, brutally honest book that confronts feminism’s nightmare scenarios.

If I were to bus readers to the novel I just read, they’d be blindfolded, and when they got to their destination I’d slam the door and jet quickly out of there. No elaborate customs, no wastelands or warrior bands, the place you’d find yourself is a claustrophobe’s rather than an agoraphobe’s nightmare. In fact, there are times when Louise O’Neill’s heart-wrenching novel feels like the longest and most horrifying naked-at-school dream you ever had. It’s been described as The Handmaid’s Tale meets Mean Girls, and that’s still probably one of the best summaries of the book.

At the beginning of the novel we meet frieda and her best friend isabel curled up together in bed, chatting like normal teenage girls. This is about the last moment of innocence or privacy the book offers before getting right down to business. In the flashbulb glare of “The School”, business means attracting a husband. This is a world where a limited post-disaster “Eurozone” population has pursued a strict approach to breeding. Women are bred to bear children, or if not, to please men. For frieda and isabel’s friendship, this promotes a relentless, destructive anxiety as they compete to become the wives of powerful men.

To say that the book deals with the brutal consequences of women’s body image issues is no spoiler alert. But the bravest and most unusual thing about Only Ever Yours is its honest choice to invest in a heroine who falls short of almost all the inspirational YA female stereotypes. The ominously simple backdrop of “The School” is not an opportunity for adventure and heroism, but a climate-controlled prison where every inch is accounted for. The claustrophobic physical environment itself ends up contributing a lot to the reader’s understanding of how the girls feel about their bodies by the end of the book. Constant vigilance, obsessive checking of physical stats – as the novel’s refrain goes: “there is always room for improvement.”

The book has been taken to heart by young girls who find in it a reflection of their own lives. And even years after women have rebelled against the sickeningly vulnerable adolescent consciousness of their bodies that O’Neill describes so well, there’s an aftertaste of the school that’s familiar in our society’s ideal of beauty, with its bareness and its total lack of mercy – a place of self-criticism that all women have in some way annexed and internalized, even if they’ve consciously rejected it.

Right now Louise O’Neill is getting to grips with the release of her second novel Asking for It in Europe, as Only Ever Yours makes its way in the US (the book has been out since May). I wanted to find out what it was like to raise a book from a seedling idea that started when O’Neill was working in the fashion industry in New York, to a story that’s won many awards and gained followers ever since. Over to the conversation…

First I wanted to ask about how you came up with this novel. I’ve read snippets about how you dreamed it up in a café in New York. I wondered if you’d mind explaining that again? 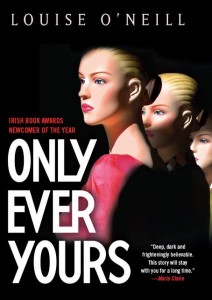 I moved to New York in September 2010 to intern for the senior style director of Elle magazine. My boss was an incredible woman and the work was tough, fast-paced, and exciting, but within weeks of arriving in the city, I started to restrict my food intake and within a month I was in a full blown relapse of anorexia. By January, I was very, very thin. That particular day was bitterly cold and the snow was so heavy that the subways had stopped running. I took refuge in a Starbucks in Brooklyn, nursing a cup of green tea while I read a terrible gossip magazine, poring over the photos of celebrities with red circles of shame drawn around their cellulite or sweat stained armpits. My eyes drifted slightly and I saw a woman next to me eating a muffin. She seemed to be enjoying it without any sense of self recrimination or fear that she would become obese by consuming a single muffin. I watched her for a few minutes, fascinated, and then an image flared in my mind’s eye. It was of a girl, she was 16, standing in front of a classroom in her bikini while a nun-like figure walked around her, circling her ‘defective’ body parts with red marker while the class chanted “fat, fat, fat.” It was such a vivid image that I grabbed my notebook and started scribbling down pages and pages of notes, which would later form the basis for Only Ever Yours.

The pace of life is so frantic in New York, it’s a city that thrives on ambition and energy. Coming home to my very beautiful but quite sleepy town felt like a culture shock. Clonakilty prides itself on being hugely creative but relaxed, it was one of the first towns in the world to advocate a ‘go slow’ movement. Suddenly, I had lots of time and lots of space to just think, to allow the ideas to mushroom into something more tangible. It was also very freeing to be able to be completely selfish – my parents were generous enough to support me and they really took care of me – I didn’t have to focus on anything except for finishing my novel.

It may seem obvious because there are so many hard-hitting themes in your book, but were there one or two messages, above all, that you were trying to get across in this book?

As a teenager, I accepted the messages I received from my immediate family, community, peers, and the media at large so unthinkingly. I accepted the narrative about what a woman should look like, how she should behave, what she should do to be a ‘real’ woman. Sexism is so deeply entrenched in our culture, that often we don’t even see it ourselves. I would love for younger girls to read my book and be inspired to question our culture a little more, to fight for what they believe in, to refuse to be belittled or made less than just because of their gender.

It’s strange how reading a novel set in a world so unnatural and so extreme compared to our own felt so true to life in a way that’s very contemporary – the constant exposure, the constant obsession with body-evaluation. When you were writing this novel, were you thinking about nailing the way it is for kids who grew up on the internet or was it a more general feminist treatment about how women’s bodies are viewed?

I did want to explore that, definitely, but it wasn’t as pressing a concern as my desire to highlight our culture’s obsession with and feelings of entitlement to the female body.

On that note, young girls seemed to love Only Ever Yours passionately for depicting their pain in such a graphic yet empathetic way. Were there any responses from fans that really surprised you?
I always think it’s amusing to see the disparity in reactions to the novel. Girls in their mid to late teens really empathize with the book and feel that it’s an accurate reflection of their lives despite the dystopian setting. Older women in their thirties and forties and beyond are horrified and always ask if I really think the future is going to resemble the world I created in the novel.
What surprises me most is the reaction from younger readers. When girls of 11 or 12 read Only Ever Yours, they always fall head over heels in love with Darwin and start shipping him and freida desperately. I find that amusing as I never intended their relationship to be a great romance. They both project their own desires on to one another, seeing things in the other person that they wish were there, rather than what actually is.

Do you have any recommendations of recent books that hit similar notes as Only Ever Yours – books that deal with body-image and feminism in fictional ways?

Well, it’s not a recent book but The Handmaid’s Tale by Margaret Atwood is a must read. Wintergirls by Laure Halse Anderson is a brilliant exploration of what it’s like to suffer from an eating disorder. Riot by Sarah Mussi is intriguing as is The Big Lie by Julie Mayhew. I haven’t read The Jewel by Amy Ewing yet but apparently it deals with similar themes.

Only Ever Yours is available in the US, published by Quercus. Click here to buy it on Amazon. 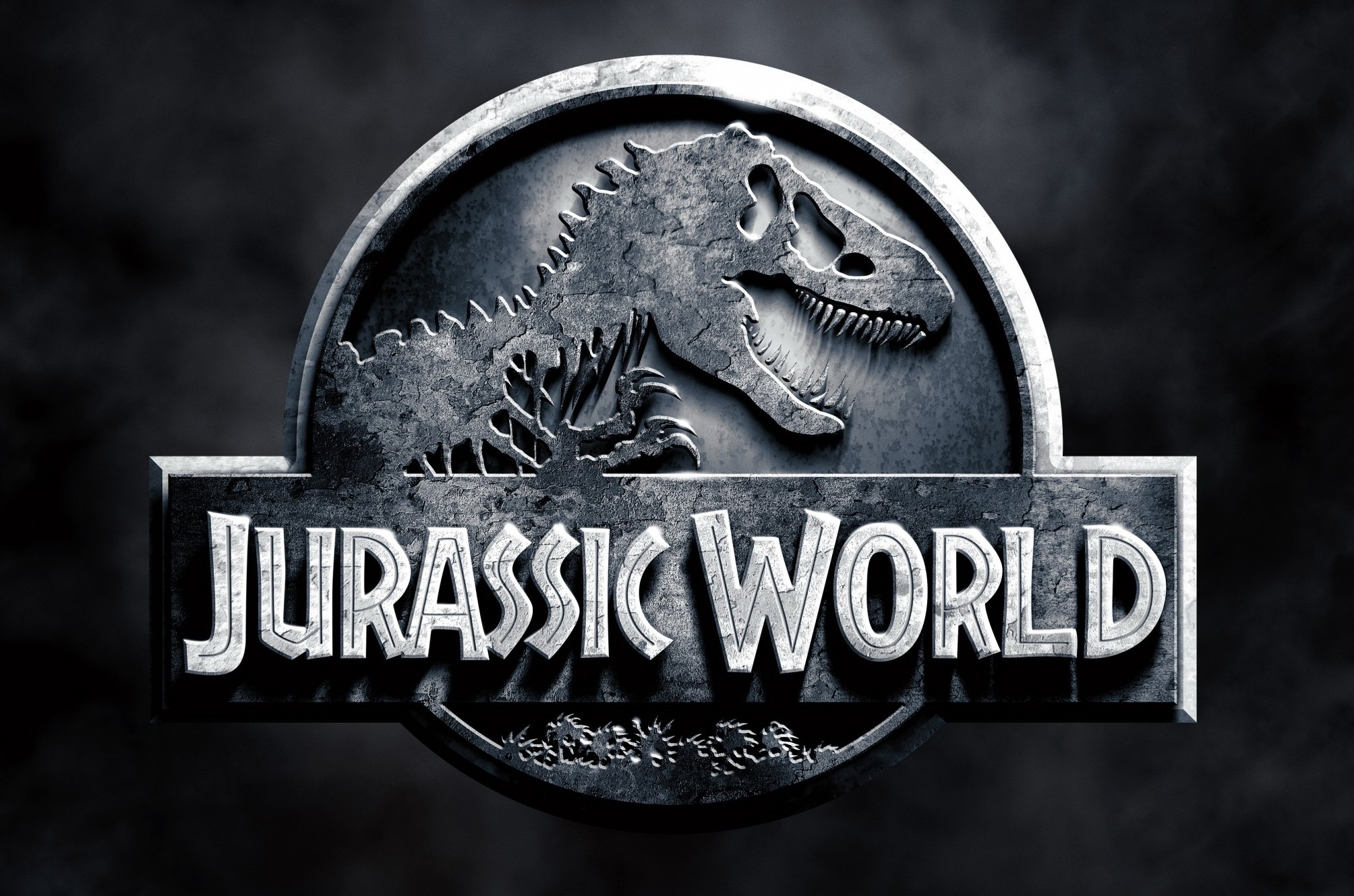 Jurassic World: Why the Least Believable Character is not Indominus Rex 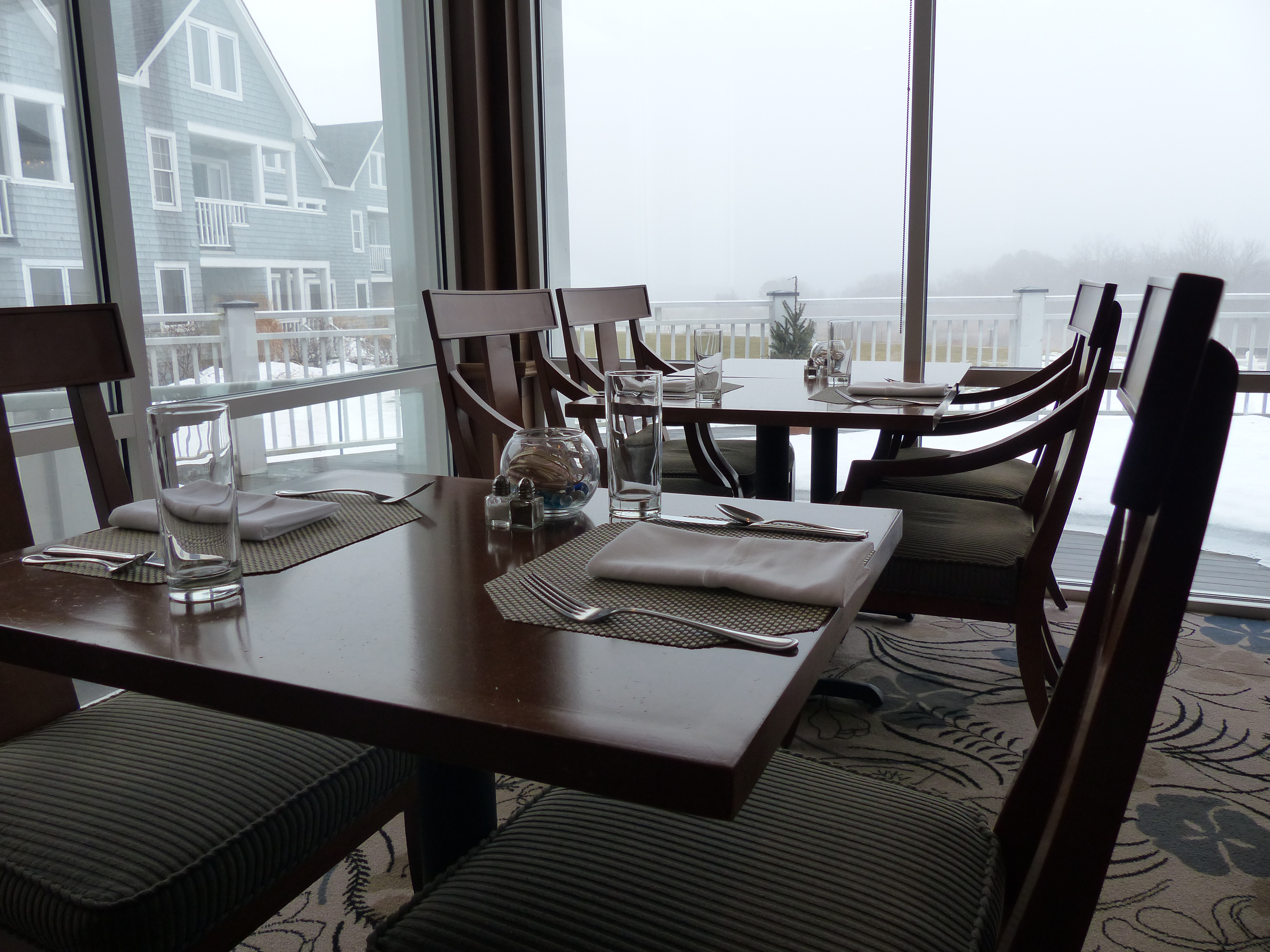 An Escape in Portland for Any Season