Reading Arto Paasilinna’s The Year of the Hare once again made me yearn for a proper Finnish winter.  I have always relished the Helsinki summer with its constant daylight and thawing temperatures.  Therefore when Vatanen, the protagonist in The Year of the Hare, begins his journey through the wilderness during Finnish summer, I cannot help but wish that summer would come quicker. But when winter arrived and Vatanen was living in a small cottage and skiing on frozen lakes and swamps amidst the forest of Lapland, I realized that I did not hope for early summer only because of the luxurious warmth and sunshine, but in actuality, because past winters in Finland have been so bleak.  I open my curtains routinely to darkness as the sun does not rise before ten in the morning.  The greyness and rain dull my memories of childhood winters, skiing with my mother in the dense forest on top of gleaming white snow, juxtaposing the bleariness.  Instead, just recently I walked past the soccer field where my sisters and I used to ice skate each winter; today it forms a large rectangular pile of wet sand.  Winter has changed quickly, indeed.

The Year of the Hare is a story of man’s, Vatanen’s, yearning back to nature and about his struggles of trying to free himself from the chains of modern day civilization.  Written more than 30 years ago the book is now more topical than ever. Nevertheless I doubt if the character of Vatanen would have heard nature’s call so strongly if he had to doze on a wet hammock under dripping spruce braches–and without a campfire because the logs would be too wet.  There may still be snow during the winters in Kittila Lapland where Paasilinna is from, but nowadays residing in Espoo, near Helsinki, I am sure the author has noticed the changes in climate. I cannot help but wonder how The Year of the Harewould have turned out had it been written today.  Or if it would have been written at all.

In the novel Vatanen is exasperated with his life, and with the help of an injured hare, leaves it behind to find his inner peace. Taking some carpentry jobs away from the normal population, he ensures a modest income and receives blissful tranquility until other people or some obnoxious inhabitant of nature come to spoil it all and he must relocate. Vatanen’s passion to return to the natural world takes him from south eastern Finland to Lapland, the most northern part of the country, and even into the Soviet area of Karelia, all in the company of his beloved hare. On his humorous quest Vatanen discovers some peculiar facts about the Finnish president’s cranium, risks losing the hare to the clutches of a diplomat’s wife, and even becomes involved in simulated war games, training for the Finnish army.

I was one of those soldiers who participated in war games in Kymi, not far from the little town where the book begins, a little over ten years ago.  (Military or civil service is mandatory in Finland, the former includes a war games training which lasts one week to ten days.)  I do not believe we had any diplomats, like the ones that ruined Vatanen’s winter following the games, but we did have over three feet of snow and the temperature fell close to -40 degrees Fahrenheit during the night.

We had to dig our tents into the snow and put some spruce branches underneath for insulation.  In the slumber tent we had this “summer model” iron stove with a small air intake to heat our tent. We had to upgrade it to a winter model with a pry bar in order for the sides to glow red from the wood burning inside thus warming our miniscule area.  All of our free time was spent in tents, playing cards or just sitting around the stove warming our hands and feet.  Even when the iron stove was glowing red, coolness still enveloped the tent. Therefore it was best to undress inside the sleeping bag and push all our clothes into the space by our feet.  During the night everyone was given one hour guard duty to keep the fire burning.

I still recall waking up one night, my nose, only partly outside of my sleeping bag, tingling from the cold.  The fire watch had fallen asleep and the fire had died. Someone else had woken too, a sergeant, and in no time a boot was flying through the air followed by a bunch of curses.  The snoozing private received all the worst watch turns from that time on, but he never fell asleep again.

It was so cold that some of the USSR-made trucks (GAZ) did not want to cooperate and had to be ignited for fifteen minutes every couple of hours or the engine would have frozen completely. Of course there were some other problems with the trucks as well and me being the only one who knew any Russian, was called to deal with the Soviets (calls I managed to avoid), but that’s another story.  Visiting this memory and reading The Year of the Hare, I thought of Vatanen, who also calmly moved amongst the Soviets, yet I was careful not to disturb the Iron Curtain whereas Vatanen was not so fortunate.

For anyone who is tired of the pace of modern life, anyone who needs to escape it but does not have the courage of Vatanen or guidance of a hare to leave it all behind, Paasilinna’s novel serves as the best means of escape, even if just for a little while.  Vatanen mirrors the author in this respect, being that Paasilinna also worked as a journalist, continually finding refuge in Lapland, especially since he has constructed by hand eight saunas and nine houses throughout Finland.  Instead of some “make believe” world with fairies and goblins, the fellowship of the hare transports readers to their backyards amidst the wonders of the nature–to a place familiar to all of us, yet visited all too seldom. 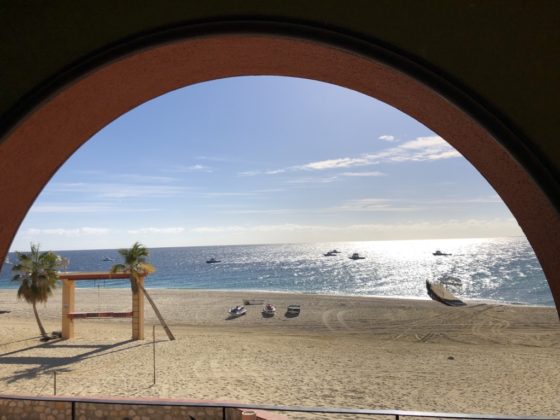