Though Steinbeck is generally known as a California writer, he lived nearly half his life in New York – keeping homes in New York City, and later in Sag Harbor, Long Island. In June of 1925 Steinbeck left Stanford University without taking a degree. He questioned where he might go next: China, Mexico, Chicago, San Francisco? Eventually, he decided to try and make his way as a writer in New York. And so in the spring of 1925, John Steinbeck set sail aboard a freighter headed to New York.

Steinbeck’s first stay in New York City was overshadowed by the panic of a man who had only known rural life, suddenly thrust into one of the world’s greatest urban cities. He worked as a laborer on the construction of Madison Square Garden, pushing wheelbarrows filled with 100-pounds of concrete. When that job ended, he secured a position as a reporter for the New York American, thanks to a well-connected uncle. Steinbeck was unprepared for the job and was eventually fired. He attempted freelancing for a short period of time, but this also proved unfruitful. He considered going back to physical labor, but eventually decided to return to California in 1926. Steinbeck would later write about this experience when he returned to New York in his essay, “Making of a New Yorker,” published in the New York Times in 1943. “Then a man who had been in college with me got me a job as a workaway on a ship to San Francisco. And he didn’t have to urge me, either. The city had beat the pants off me. Whatever it required to get ahead, I didn’t have it. I didn’t leave the city in disgust-I left it with the respect plain, unadulterated fear gives.”

In the fall of 1941, after Steinbeck had tasted some success–he won the Pulitzer Prize in 1940 for The Grapes of Wrath, he decided to move back to New York with his girlfriend Gwyn, who would later become his second wife. Steinbeck was at the time in the midst of a tumultuous separation from his first wife Carol, and he did not realize then that most of the remainder of his life would be spent either in New York or abroad.

Steinbeck seemed accustomed (and even attracted) to the life of living out of suitcases. After a brief stay with friends in Suffren, New York, John and Gwyn moved to a two-bedroom apartment at the Bedford, a residential hotel in Manhattan. Six months later, they moved to a rented house at Sneden’s Landing, across the Hudson River. It was during this time that Steinbeck published The Moon is Down, a controversial novella which dealt with an enemy invasion of a European country, and Bombs Away, a book he wrote at the request of the Air Force. The latter required him to move back to California for a short stint; after four months, he returned to New York, moving into yet another apartment in Manhattan. Steinbeck soon received word that his divorce from Carol had gone through. Eleven days later, he and Gwyn were married in March 1943.

That year, Steinbeck’s essay, “The Making of a New Yorker” was published in the New York Times. In it, he writes, “Every once in a while [Gwyn and I] go away for several months and we always come back with a ‘Thank God I’m home’ feeling. For New York is the world with every vice and blemish and beauty and there’s privacy thrown in. What more could you ask?”

Shortly after marrying Gwyn, Steinbeck left for Europe and North Africa to work as a war correspondent for the New York Herald Tribune. Whenever abroad, he missed New York and Gwyn desperately. From afar, New York, like many of the cities he loved, held a captivating beauty and magnetic pull. But up close, these cities felt more like anchors. Home, for Steinbeck, was the road. Upon his return from the war, he was overcome by nostalgia for Monterey. He talked frequently of moving back until he learned Gwyn was pregnant. And so he delayed plans to move back to Monterey until after the baby was old enough to travel. Perhaps because of his inability to physically move during this period, Steinbeck’s writing was quite fruitful.

In January 1945, five months after the arrival of his first son, Thom, the author’s Cannery Row was published. After Thom’s birth, Steinbeck and Gwyn moved back to Monterey. Cannery Row had left him with a longing to be closer to the friends and places he left out west. But the Monterey awaiting him was far different from the one he immortalized in Cannery Row. He explained the feeling he experienced upon returning to Monterey in one of his last books, Travels with Charley, “The place of my origin had changed, and having gone away I had not changed with it. In my memory it stood as it once did and its outward appearance confused and angered me. When I went away I had died, and so became fixed and unchangeable. My return caused only confusion and uneasiness. Tom Wolfe was right. You can’t go home again because home has ceased to exist except in the mothballs of memory. I printed it once more on my eyes, south, west, and north, and then we hurried away from the permanent and changeless past.”

Following another detour through Mexico, Steinbeck found himself back in New York in December 1945. He and Gwyn purchased a pair of brownstones, living in one and renting the other to Nathaniel Benchley and his family (Nathaniel’s son, Peter, would later write Jaws).

June of 1946 brought the arrival of Steinbeck’s second son, John IV. In 1947 he published two more novels: The Wayward Bus and The Pearl. In May of 1948, his life changed forever when his dearest friend, Edward “Doc” Ricketts, was fatally wounded when his car was struck by a train. Steinbeck flew to California only to learn that Ricketts was already gone. He said goodbye to his friend, helped clean out his lab and returned to New York where more bad news awaited him. Gwyn was seeking a divorce. Again, he found himself living out of suitcases, renting a room at the Bedford.

The end of Steinbeck’s second marriage set him wandering once more, through California, Mexico and eventually back to New York. In 1949 he met Elaine Scott, the woman who would become his third and final wife. They were married in 1950.

It was during the writer’s years with Elaine that he finally found his home – first spiritually, then physically. While working on Zapata, East of Eden, and The Winter of Our Discontent, Steinbeck learned to be at home with his true self by exploring the development of solitary characters struggling to live as the persons they know themselves to be. He had struggled with his own self-acceptance for years. His desire to find a physical home, where he could finally plant his roots, was also filled during this period. Although Steinbeck and Elaine settled into two apartments on East Fifty-second Street, it was in Sag Harbor, Long Island the pair found their nest. He and Elaine first discovered the place when they vacationed there in the summer of 1953. In 1955, they bought a summer home in Sag Harbor. The couple loved the ocean and Sag Harbor was nearly surrounded by water. They purchased a two-acre, pie-shaped wedge of land across from the water. John loved not only his home, but the village, too. He got to know most of the shop owners and the regulars who hung out at the bars. In the years that followed, John and Elaine’s summer stays grew longer and longer, until Elaine had to drag Steinbeck back to the city.

In Sag Harbor, the author had finally found the home he had longed for: a place where he could be immersed in the sights and smells of the ocean, where he could live amongst the hard-working people he felt most comfortable around, and where people treated him as a neighbor, rather than a writer. He was paid the highest compliment by a shop owner in Sag Harbor who said, “He should have been born here and shouldn’t have been famous.”

It was in Sag Harbor that Steinbeck wrote The Winter of Our Discontent, his only novel to be set in New England. It is interesting to note that the history, speech and attitudes of the people of Sag Harbor can be more closely associated with New England than New York. Steinbeck had once again found a home that he not only loved, but that also inspired him. In 1958, Steinbeck described his love for Sag Harbor in a letter to John O’Hara, “I grow into this countryside with a lichen grip.” It was, indeed, a grip that would hold him until his death in 1968.

Paige Grande is a freelance writer who lives in California’s Bay Area. 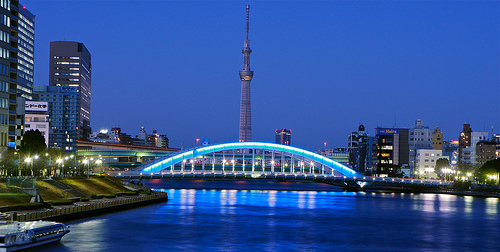