2015 was a great year for all things literary. Harper Lee’s long, long awaited second novel, Go Set a Watchman, was finally released. Margaret Atwood wrote a book that, much to our disappointment, won’t be published for a century. And adaptations like The Martian and The Hunger Games: Mockingjay Part II dominated the box office. Though it probably won’t contain any more Harper Lee novels, 2016 is shaping up to be an exciting year as well. Here are three of the biggest events and adaptations we have to look forward to over the next twelve months. 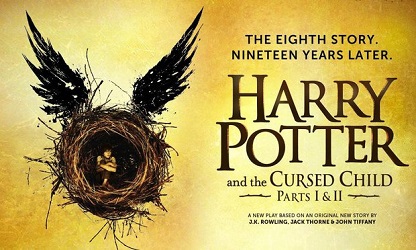 1)  Harry Potter and the Cursed Child

Nearly a decade after the release of the final Harry Potter book, J.K. Rowling has overseen the creation of an eighth installment to the series. This time, the story is taking to the stage. Set long after the events of the books, Harry Potter and the Cursed Child sees Harry, Ron and Hermione as middle-aged parents rather than Hogwarts students. Their children have begun to discover the darker side to the wizarding world, especially Harry’s youngest son, Albus Severus. And in typical Harry Potter fashion, the story is so detailed that it is being told in two parts.

As an official addition to the Harry Potter universe, no fan can miss the chance to see Cursed Child. That means travelling to London; the show is currently only schedule for a West End production, though its inevitable success may mean that it will eventually cross the pond. Tickets have already nearly sold out for 2016, so don’t hesitate to get yours! 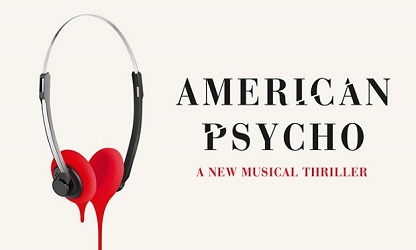 If venturing to London for a play is a bit out of reach, New York is also hosting a number of literary-inspired plays in the 2016 season. Natalie Babbitt’s classic novel Tuck Everlasting is being adapted into a new musical. Having already run in Atlanta and won several awards in that region, including Best Musical, it’s set to make its New York debut on March 31st.

Another popular book, Bret Easton Ellis’ American Psycho, is also being turned into a musical this year.  With music and lyrics by Spring Awakening’s Duncan Sheik, American Psycho has already had a sold-out run in London and garnered rave reviews. Any fan of the book, movie adaptation, or 80’s synth in general will not want to miss this run. Performances start March 24. 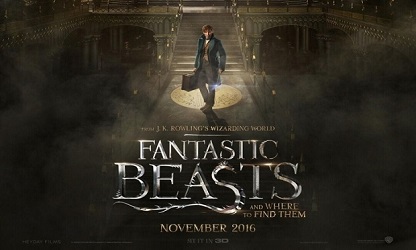 3) A Year of Movie Adaptations

There hasn’t been a year in recent memory that hasn’t featured a slew of book-to-film adaptations, but 2016 is shaping up to be especially fruitful. Perhaps most buzzed-about is yet another Harry Potter adaptation, Fantastic Beasts and Where to Find Them. Coming to theaters on November 18, Fantastic Beasts is based off of a textbook in the Harry Potter universe, and therefore has a lot of creative room to explore. It seems to have used that room well. There are dragons on the loose! 1920s New York! People in fabulous Jazz Age clothes! Oscar winner Eddie Redmayne! Colin Farrell? Sure, why not!

Another noteworthy adaptation is that of Paula Hawkins’ super-popular 2015 novel, The Girl on the Train. Starring Emily Blunt as the novel’s protagonist, Girl comes out on October 7. And for fans of young adult fiction, Ransom Riggs’ 2011 novel Miss Peregrine’s Home for Peculiar Children hits theaters on February 19 in the UK and December 25 in the US. This one is a dark fantasy dream; directed by Tim Burton, it stars Penny Dreadful’s Eva Green as Miss Peregrine and Samuel L. Jackson as the movie’s villain. What could be better?