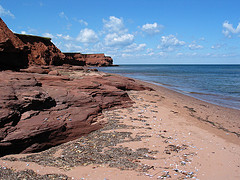 It is raining in New London Harbour, Connecticut. Dark clouds hang heavy and low overhead, a veil of rain enshrouds the hills and fields, and the sea is lost in misty greyness. I’m travelling with my husband and in-laws; I want to show them the island I have grown to love. But the day is dreary, and the landscape around us is devoid of colour.

We continue on Route 20 toward French River and nearly miss the entrance to the Harbour Lights Housekeeping Cottages, where we’re staying for the weekend. Making our way up a narrow gravel drive, we stop to enquire at the reception, and are shown a small cottage near the top of the hill. We park the car, rush our bags inside, shake the rain off our coats, and begin unpacking. I locate the thermostat and turn the heat up, even though it’s early August. As I begin to feel warmth returning to my fingertips I walk to the kitchen window and look outside. Sheets of rain are streaming down the panes, but I can still make out the landscape. A golden field of wheat flanks the front of the cottage and dips down the hill, ending near a small farm. A road goes up the next hill and abuts the harbour, where there is a beach I can’t see. To the left of the cottage is a grove of tall birch and poplars. As I stare, mesmerized, at the rhythmic movement of their branches swaying in the wind, I wrap my cardigan tighter around me, and hope for a more beautiful day on the morrow.

I have loved Prince Edward Island since even before I stepped foot on its shores. When I was fifteen, a book my teacher gave me became the key to a door that, when opened, revealed to me a world that instantly took hold of me and has not yet let go. Turning the last page of Anne of the Island marked the beginning of a lifelong passion for reading, writing, and the inspiring beauty of places. I came to Prince Edward Island the summer I finished ninth grade; since then it has become one of my favorite haunts. That first summer, I bought the rest of the Anne collection, and lost myself in her world of lush green hills, red island roads, seaside cliffs, windy poplars and silver birch, the murmur of the sea and the whisper of the waves washing up on the sandy shore.

Lucy Maud Montgomery was an avid admirer of the natural beauty of the world around her. She wrote in her journals that, from time to time, as she took a stroll alongside a lush green field, wandered in a wood of stately spruce, or listened to the laughter of a bubbling brook, she imagined a veil would lift and she would catch a glimpse of beauty in its purest, most intense form. Years after her death, people come to Prince Edward Island to experience first-hand the places Lucy Maud describes in her books, from Lovers’ Lane to the Dryad’s Bubble to the Haunted Wood. Because it was her home and the setting for Anne of Green Gables, Cavendish is inarguably the most popular spot for tourists on the Island. Replete with museums, amusement parks and gift shops, it has lost much of the unadulterated charm the young author had come to love.

But there is a place that seems as of yet only but faintly touched by time, where Lucy Maud Montgomery spent many happy days, and which inspired many of the settings, not only for the Anne books, but many of her other novels as well. While she lived in Cavendish, Lucy Maud often visited her aunt and uncle Campbell in Park Corner, where her cousin and best friend, Frede, lived. A drive west from Cavendish, around New London Harbour, past French River and along the shore took her to the house at Park Corner. Nestled among trees and bordered by a large pond, better known as “The Lake of Shining Waters” from her Anne books, the house itself served as a setting for her Pat of Silver Bush and Mistress Pat novels. Lucy Maud even chose Park Corner as the venue for her wedding to the Rev. Ewan McDonald. Today, the house offers Montgomery fans the possibility to hold their own nuptials in the very parlour where Lucy Maud was married. I’ve been to the Campbell house nearly every summer I have visited the Island, but I never tire of it. Tomorrow, I plan to take my new family there.

When I wake up on Saturday morning, the rain has stopped and a bright sun casts dapples of light on the harbour waters. While the dew yet glistens on the mint green grass, we head out to Park Corner. During the short drive, I look out the passenger window to the small homesteads and farms that sit amidst green fields, and at the cerulian waters that stretch to a pale blue horizon. I try to picture Lucy Maud Montgomery on this same road, over a century ago, in a horse and buggy, breathing in the salt-sea air and allowing her imagination to soak up every bit of inspiration that the landscape offered her.

The road dips down a lush green hill and, flanked by a field and on the verge of a beech and maple wood, the white house with grey slanting roof that Lucy Maud described as “a big white beautiful house smothered in orchards that was the wonder castle of my childhood” appears.

We pull up the car to a small, unpaved parking area and walk into the house. The home that was built in 1872 by the Campbells appears unchanged from the days Lucy Maud stayed there as a guest. The parlour where she was married is the first room we see, where a black, ornate fireplace graces the far wall, and a cherry red organ with lilac detail catches the eye. In a corner of the room is the bookcase with glass doors into which Lucy Maud used to study her reflection and pretend it was that of another girl; this was the inspiration behind Anne’s Katie Maurice.

Down the hallway and halfway up a creaky staircase is a small, square mirror in which Lucy Maud used to check her reflection in the mornings when coming down from her bedroom. I bend my face toward it —it’s about a foot lower than the top of my head— and look at my own image. The glass has become misshapen with age and I can barely make out my face in the foggy reflection. Still, I marvel at the idea that this was the mirror Lucy Montgomery used to look into. I wonder how such a small thing can connect two people whose lives are separated by half a century.

From the upper landing I make my way to the room where Lucy Maud slept on her visits to her aunt and uncle. A small room with pale pink wallpaper and a sloping ceiling, it gives the impression of a warm and homey den. An old dresser atop which sits an oval mirror is placed near a rectangular window that offers a view of a grove of tall trees. I stand by the window and I imagine an early summer morning, light pouring in and the soft white drapes fluttering in the wind. Immersed in reverie, I notice a framed letter on the wall, on the right side of the window, near the corner. It is a letter written by Lucy Maud Montgomery, not very long before her death. It is composed in a tone of despair; the ailing Montgomery writes of the troubles that haunt her life and comments that, though her books have become quite popular, she finds herself in financial difficulties. I remember reading an entry in her journals in which she reflects on her success, and wonders if it will last, or if her books will become like so many that were all-the-rage in the few years following their publication, but were unread and nearly forgotten in later times. I think of the immense popularity of her books now, and of the tourists flocking from all over the world to her Green Gables. It is a sad thing that many artists do not live to witness and enjoy the renown and fame their work achieves.

As I walk out of the Campbell house, I am struck by the warmth of the summer air and the smell of the sea carried on the breeze. There is a beach hidden just beyond the cliffs, on the other side of the main road. Equipped with bathing suits, beach towels and a picnic, my husband, in-laws and I get back in the car and make our way to Cousin’s Shore. We take a left turn onto a narrow red lane, and park in a little area near the sand, bordered by dune grass. As I make my way to the beach, I hear the gulls cry and the white waves crash on the sand. I look around me, already feeling the warmth of the sun on my shoulders. To my left rise the ochre-red island cliffs, their tops lush carpets of green, dotted here and there with white cottages. My husband and I decide to explore the cliffs, and make our way toward them. I climb over the vermillion rocks in my bare feet, water lapping at my ankles, agilely avoiding the submerged, slippery grey ones. Past the cliff is a short stretch of sand, ending where a taller cliff rises. Here the beach is wilder, and we are alone.

Sandpipers fly in and out of their nests dug into holes in the sides of the cliffs, while others skim the shallow waters near shore. I look back at the cliff we have just passed—and suddenly it seems familiar to me. I feel I have seen it before. Then I remember a photo printed in Lucy Maud Montgomery’s journal: it was a shot taken of her, in 1903, at Cavendish Beach, wearing a bathing suit of the period. She is sitting on a rock near a cave at the foot of a cliff, leaning her head on her left hand in a reflective pose, looking out to the sea. She writes of this photo, “It is not a sea-nymph who has come out of the cave behind her to keep tryst with some expected lover … It is myself …” This is not the same beach, where I stand, but the scene is remarkably similar. I’m tempted to sit at the foot of the cliff and have my own picture taken, but we don’t have a camera at hand.

I return to the cliff and sit in its shade. I close my eyes, breathe in the sea air, and allow myself to be carried back to a time when Lucy Maud might have sat in this very spot. The sandpipers are fluttering over me. The wind picks up and blows through my hair. I feel the caress of the warm sun on my face. I hear the gurgle of the water as it trickles through the gaps between the rocks at my feet. In my entire being I feel the rhythm of the rolling waves as they make their way to shore, whispering tales as old as the earth below me. 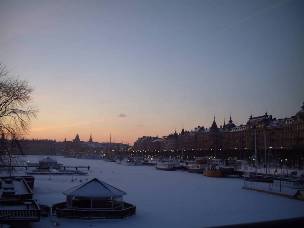 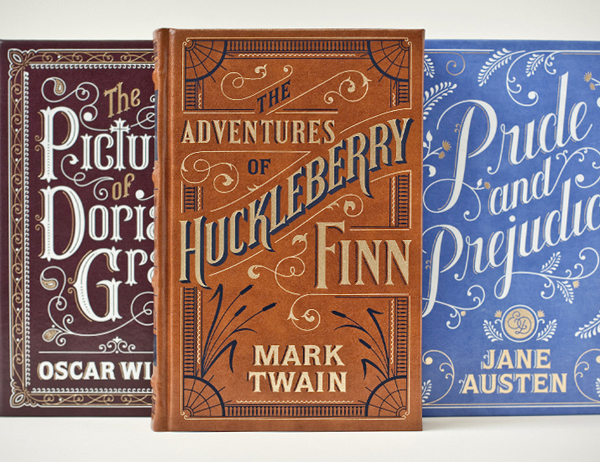