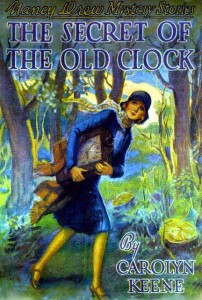 When I initially received word that I was to compose a piece on Nancy Drew, potentially one of the most adored and widely known fictional characters of the past 75 years, I panicked.  Although I had become vaguely acquainted with the young sleuth during my childhood by word of mouth, I had somehow missed out on the experience of actually reading the Nancy Drew Mystery Stories, the book series that started a mania for the sensational character and her friends, a series that has stood the test of time and endured for decades.

Frantic, I jumped in my car and drove myself to my local, small-town library and searched for Nancy Drew in the juvenile section.  Randomly selecting several volumes from the shelf, I returned home and eagerly began reading – more to familiarize myself with the series than for enjoyment.  Twelve hours later, I finished the last book of my selection, my head swimming with images of women floating on misty lakes, islands filled with crocodiles and clocks that had secret compartments.  Much to my surprise, I realized that, in those few short hours, I had become a fan of Nancy Drew.  I was a reformed self-proclaimed Boxcar Children and Goosebumps fanatic, a reader with a new appreciation for the teenage sleuth I had heard so much about.

Nancy Drew was the brainchild of Edward Stratemeyer.  Born October 4, 1862, Stratemeyer was an exceptionally popular children’s book author and publisher who revolutionized the book publishing industry and pioneered the production of long-running series.  This man created Stratemeyer Syndicate, which was responsible for publishing over 1600 books, most of which were part of the numerous long-running series he established.  Using his publishing empire, he developed the exceptionally popular Rover Boys, Bobbsey Twins, Tom Swift, Hardy Boys, and Nancy Drew series.  Stratemeyer also produced a number of lesser known series including The Motor Boys, Honey Bunch, The Blythe Girls, Bomba the Jungle Boy, The Motor Girls, Baseball Joe, The Outdoor Girls, and The Moving Picture Girls.

The book series were typically written by a number of ghostwriters, yet all were published under a penname retained by the syndicate.  Stratemeyer Syndicate owned roughly 100 pseudonyms and it often used further pseudonyms to portray the “secretary” or “assistant” of the famous author to respond to fan mail.  Regardless of the variety of writers and varying styles, the books were wildly popular with children and young adults in the 1930s.  In fact, in 1926, a poll conducted by the American Library Association indicated that ninety-eight percent of the boys and girls surveyed listed a book published by the Stratemeyer Syndicate as one of their favorites.  Another survey conducted the same year indicated that the Tom Swift series, launched in 1910 and also published by this Syndicate, was the top choice of the children.

Although he controlled a massive book publishing empire, Edward Stratemeyer was intimately involved with the books produced by the Syndicate.  Typically, Stratemeyer would produce a short plot summary for each novel, which would then be sent to a ghostwriter who composed the story.  Stratemeyer was exceptionally particular about the books that were released under a penname owned by the Syndicate, even designating a set number of pages and chapters.  The original, unmodified Nancy Drew series contained twenty-five chapters and roughly 200 pages.  In 1957, however, most Stratemeyer Syndicate books dropped from 200 to 180 pages.

Stratemeyer chose to publish the Nancy Drew books under the name “Carolyn Keene” and selected Mildred Wirt, a young college graduate, to compose the first three books of the series.  Sadly, at the age of sixty-seven, Stratemeyer became ill with pneumonia twelve days after the launch of the initial three volumes, never having the chance to see how wildly successful the series would become.  Mildred Wirt, however, went on to write twenty-three of the first thirty Nancy Drew novels between 1930 and 1953 with Stratemeyer’s daughter, Harriet, authoring another twenty-four of the fifty-six total novels.  Harriet also went on to revise the earlier Carol Keene novels, eliminating racial stereotypes, updating the language, and releasing the books with a yellow spine instead of the original blue.  Upon its release, the series sold better than any other Stratemeyer series, defying the socially accepted convention that series authored by men sold better than those produced by women.

Perhaps one of the reasons the series boasted instant success and has maintained a certain degree of literary clout is the tenacity and strength of the leading female character, Nancy Drew.  Often placed in contentious situations and pitted against violent, temperamental men among other villains, this fictional female was a breath of fresh air to women who had gained the right to vote only a decade earlier in 1920.  This character was bold and independent.  She was permitted to do whatever she pleased and go wherever she desired, having a deceased mother, a father that doted on her endlessly, and a housekeeper that freed her from any domestic duties that she might have acquired in a motherless household.  This young woman, who was originally sixteen but aged to eighteen in the revised version of the novels, traveled from the keys of Florida to the state of New York, her only concern being the mysteries and malefactors she pursued, a fact that only added more excitement and adventure to her everyday life.

Nancy Drew exploded the gender stereotypes of the time period.  In an era where girls were encouraged to focus on domestic endeavors and perfect their cooking, dancing, and sewing (tasks that Nancy had mastered as well), this character was well versed in hunting for criminals and keeping a cool head in dire situations.  While women were placing their husbands and homes first, Nancy Drew was solving dangerous mysteries and traveling all over the country without a domestic care in the world with the exception of occasionally whipping up a gourmet meal effortlessly.  Often, her boyfriend, Ned Nickerson, made an appearance in the stories, yet played a minor role at best when cracking the case and was often out of the picture, playing football at Emerson College.  Nancy was a role model and adored in the 1930s because she maneuvered through both the domestic and unrestricted realms dexterously.

Although the series sold at an incredible rate and has continued to do so (over 200 million books sold in fourteen different languages), Nancy was clearly an anomaly.  Received poorly by critics and condemned for merely offering entertainment as opposed to holding educational or moral value, the Nancy Drew series was considered crude and unsophisticated.  Although the books outperformed any other long-running literature series, they were banned by librarians and educators throughout the United States for “debauching and vitiating” a child’s imagination.  Considering the public’s overall admiration for and enjoyment of the mystery stories, perhaps the bad reviews may also be contributed to Stratemeyer’s cutting edge creation of a brave female detective.

After his death in 1930, Stratemeyer Syndicate and the Nancy Drew series was taken over by Edward’s daughters, Harriet and Edna Stratemeyer.  The fact that his daughters maintained control of his publishing empire seemed like a natural choice for the man who had created such a resourceful, independent woman, yet this was not his primary intention.  Instead, Edward Stratemeyer was widely known for maintaining traditional values within his home.  In fact, this man, who lacked sons to inherit the family business, refused to train his daughters to eventually take over the Syndicate and alternatively made provisions to sell it after his death.  Although he encouraged his daughter, Harriet, to pursue her ambition to attend Wellesley College, upon graduating, he insisted she refuse all offers for employment, even preventing her from working at the Syndicate during his lifetime.  After receiving her hard-earned education, Harriet was forced to remain at home until she married and was provided for by her husband.

After their father’s death, the sisters attempted to carry out his wishes and sell the Stratemeyer Syndicate.  Unfortunately, despite their best efforts, they were unable to find a suitable buyer and faced either selling the empire to a less-than-desirable merchant or taking control of the publishing syndicate.  Harriet in particular faced a difficult internal struggle: obtain the employment she desired by rejecting both her father’s wishes and tradition or follow her father’s orders and sell his empire to a potentially unworthy buyer.  In the end, her love for facing a challenge won out and she and her sister, Edna, took control of the Syndicate.

Shortly after inheriting Stratemeyer Syndicate, Harriet developed a particular interest in the Nancy Drew series and Edna’s enthusiasm for the business gradually faded.  Although she moved to Florida and was largely uninvolved in the business, Edna continued to send her sister letters often nagging her on matters regarding the Syndicate until her death in 1974.  Regardless of Edna’s continued attempts to be involved in their father’s business, Harriet is largely credited with maintaining Stratemeyer Syndicate and for the subsequent incredible success of the Nancy Drew stories.

Perhaps one of the most interesting aspects of how the Nancy Drew series was created is the familial tension between the father and daughter that are credited with establishing the series.  While Edward Stratemeyer instructed ghost writers to cut out depictions of “fearful and fainting girls and women” and also declared that: “The timid, weeping girl must be a thing of the past,” he was nevertheless hypocritical when dealing with his own daughters.  Apparently, although it was acceptable for scores of women to be exposed to his brand of females–strong, independent, and intelligent–it was not tolerable for the women in his own family to behave in the manner that he championed.  It was only after his death that his daughter, Harriet, was able to transform herself into one of his fictional women and, even then, his traditions were so deeply engrained in her that it was a difficult psychological struggle.  Contemporary critics speculate that it was only due to her desire to carry on her father’s tradition and name that led her to assume command of his publishing empire.  Additionally, recent reports declare that, after the first thirty-four volumes of the series were revised under Harriet’s supervision, Nancy Drew actually became less independent and courageous.  Perhaps her feelings of guilt due to the rejection of her father’s traditional values led her to create a more passive-aggressive heroine.  Nevertheless, the series thrived under Harriet’s direction, having been continuously in print since being initially published in 1930, with an updated film version released on June 15th of this year, which opened at number six at the Box Office and grossed roughly $21 million.  Clearly, the well-mannered, smartly dressed teenage sleuth is still a powerful force in literature regardless of the mysteries that surround her creators. 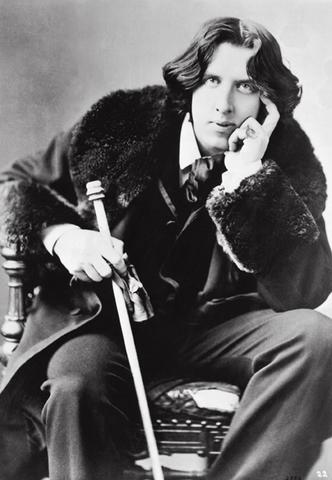