Nella Larsen was a Harlem Renaissance novelist, a triumph in a day and age that neither supported her gender nor humanized her race. For contemporary writers, her life and times represent an age when African American female artists are looking for a safe haven. Larsen is an anchor to calm the stormy seas of a new literary renaissance. She is an emblem of all that the Harlem Renaissance was. Her work is a testimony to the bustling, passionate energy of the era.

When I first read Passing I was a sophomore at Fisk University. The small size of the book was a gentle guise for the multitude of voices that roared from each page. Suddenly, the African-American middle-class had a story. The book was filled with familiar characters. And following my initial reading I was left feeling empathetic to the plights of the main characters, Irene Redfield and Clare Kendry. Larsen extended an image of the African-American female by developing her psyche, making her a complicated, reflective, and resolute person.

So I decided to find out who Nella Larsen was. I was drawn to find out who was behind a work of such magnitude. Larsen seemed to work within her characters, as if she gave them a piece of herself. She provided the characters with deep psychology, allowing them the privileges of depth, failure, and evolution. She probed their minds and made them not only believable, but also, human. In doing so, I found out that Nella’s life was even more complex than those of her characters. I drew from her life the need to look at the questions concerning my own racial constitution.

Nella Larsen was born Nellie Walker in Chicago on April 13, 1891. Her parents were Peter Walker and Marie Hanson Walker. Her father was a West Indian man. Larsen would state that her father, Peter Walker, had died and that her mother had remarried a white man named Peter Larsen. This, however, seems not to be the case. Instead, in order to get a job with the Chicago railway, Peter Walker may have passed for white, becoming Peter Larsen. Marie Hanson Walker, her Danish mother, was a dressmaker. She was unprepared and unable to be the mother of an obviously black child and thus remained separate from her daughter for most of her life. From these situations, Larsen’s identity crises evolved.

What commonly confuses those researching Larsen is that all of the people in her life are so mysterious. Who are they really? Who is she? A definitive answer to this day betrays. What is clear is that Nella Larsen sought to keep much of her background protected and chose to create herself and her achievements in her own terms. Because Larsen created herself out of chaos, without parental or mentoring support, despite coexisting self-doubt, I see her as a woman of tremendous, dauntless spirit.

One of the important and wonderful things that Larsen’s parents did do for her was to send her to Fisk University, in Nashville, TN. Fisk College, now Fisk University, was founded in 1866 in the effort to classically educate black men and women. Founded by white missionaries, Fisk encompassed the racial paradox existing within many historically black colleges and even more interestingly, that dwelled within a young Nella Larsen at the time she would have matriculated there. The students included blacks from “good” lineage, soon-to-be doctors, lawyers, and teachers. They were children of mixed race and of middle social class. Called the “Harvard of the South,” Fisk boasted famous black alumni, a generous and practical education, and a proud legacy.

Larsen entered the college in fall 1907. She lived in Jubilee Hall, named for the world renown, Fisk Jubilee singers. She attended the Normal Department, which was a three-year certification program. Moving from an environment where she was the only “black” in her family to one in which she was not, was as much a shock as a blessing.

Situated among the black elite, Larsen must have felt a different type of racial distance. At Fisk, Larsen would be inundated with black role models and race issues. At this point, her own race issues would surface. It was a time where she was obligated to face and confront these questions. Race issues coupled with adolescent concerns further exaggerate the situation.

In 1992, I attended Fisk University and also lived in Jubilee Hall. Almost 90 years later, Fisk impressed me with its total service to African-American students and its whispered summon to “achieve, achieve, achieve” because it was my duty. Thrown into a totally black environment (I had been in mostly white schools since sixth grade), I celebrated my own progress as an African-American woman and labored with my own issues of race and class.

As with Larsen, the questions of racial identity that haunted me began to be answered at Fisk. Who am I? I am an African-American and West-East Indian woman. My mother, Joy Ford, is a South American woman from Guyana. Her parents, John Ford (now deceased) and Saroj Janki are from Georgetown, Guyana. The Jankis are East Indian, two generations removed from India. The Fords are West Indian, from Barbados.

My legacy and my familial duty is to not only know but to honor the culture, the ideals, and the traditions that are Guyanese and African-American, the same thing that make me a West Indian / East Indian black woman. And to, in fact, understand the reality of the ethnic choices that I make in my life.

My questions are more academic in nature, motivated from an affectionate, inquisitive need to know. Nella’s inquiries were a denial of sorts, roused by an ambiguous hope that she was less black, that she might have benefited from the exotic parts of her mixed heritage. Nella’s concerns progressed internally, raised by her self. My concerns stem externally, coming from other people’s curiosities.

I was raised as an African-American woman, by my parents’ choice, now by my own. And because the traditions of my household have been both African-American and Guyanese, I am confident by the essence of who I am.

Nella Larsen stirred a place in me that I had only begun to tap. She died a woman of mystery, many details of her life known only to her. Whether or not she answered her life’s questions seems also to have died with her, unless you look at the lives of the characters about which she wrote. In defining them, I wonder if Larsen eventually accepted her own issues or at least grapple with the possibilities? After all, Irene Redfield, the character in Passing who seems to have pushed Clare Kendry (passing for white) out of the window, recognizes her ability to pass, but does not. Maybe metaphorically, she pushes the thought and the woman out of the window.

As a contemporary writer, I know that I am not alone. I can look at Clare and Irene, and at Nella. I recognize her as the magnified model of a woman who can survive herself, the torrid task of surviving her own worst thoughts about herself. And I think it is especially important to note that she faced her life on her own terms.

That is decidedly the only way to overcome race questions, to face the conflict within, to answer the dilemma, and then to look honestly at myself and know that I am. That Nella was.

Sushama Austin is a writer and documentary filmmaker living in Washington, D.C.

Originally Published in 1998 on Literary Traveler 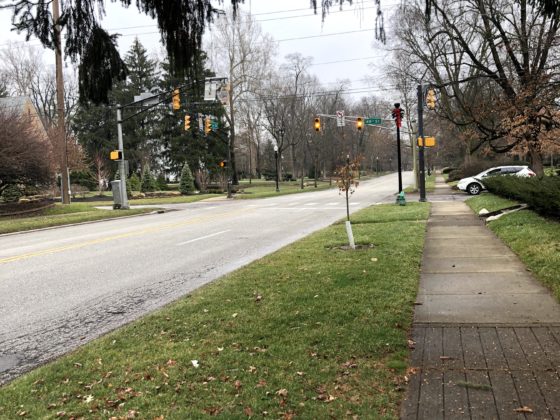 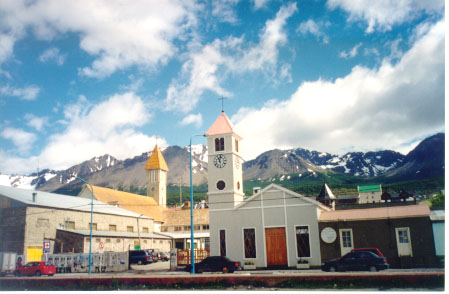