Can we fully separate the artist from their art? This is not a new question, but one that repeatedly demands to be answered. Sylvia Plath’s The Bell Jar can be appreciated simply as a standalone object, yet it rarely has been treated as such. And while I’m not looking into the morality of Plath’s life and whether or not this impacts the morality of reading her works, I want to examine some of the unmistakable similarities between The Bell Jar’s Esther Greenwood and Plath herself. We rarely talk about Plath’s works without talking about her life, particularly its tragic ending; since her infamous suicide in 1963 she has been referenced in numerous songs and television shows. Though the greatness of her works should not be overshadowed by the image the media has made of her, I think it is always beneficial to look at a piece of literature in its context, especially one that has been frequently categorized as autobiographical fiction.

“I saw my life branching out before me like the green fig tree in the story. From the tip of every branch, like a fat purple fig, a wonderful future beckoned and winked. One fig was a husband and a happy home and children, and another fig was a famous poet and another fig was a brilliant professor, and another fig was Ee Gee, the amazing editor, and another fig was Europe and Africa and South America, and another fig was Constantin and Socrates and Attila and a pack of other lovers with queer names and offbeat professions, and another fig was an Olympic lady crew champion, and beyond and above these figs were many more figs I couldn’t quite make out. I saw myself sitting in the crotch of this fig tree, starving to death, just because I couldn’t make up my mind which of the figs I would choose. I wanted each and every one of them, but choosing one meant losing all the rest, and, as I sat there, unable to decide, the figs began to wrinkle and go black, and, one by one, they plopped to the ground at my feet.”

These words, simultaneously Plath’s and Esther Greenwood’s–the main character of the bell jar–are difficult to look at from an objective, New Critic lense especially after getting a better understanding of Plath’s literary interests and personal life. Plath herself devoted her undergraduate studies at Smith college to studying doppelgängers in Dostoyevsky’s works, and The Bell Jar is full of images of mirrors; it is clear that Plath was very interested in the doubling and reflection of the self. Esther often looks at herself, not recognizing the person reflected in the mirror. This, combined with the striking similarities between Plath’s life and Esther’s, from their struggles with depression to their rejections from a writing course at Harvard, showcase just how personal Plath’s only novel is.

In the letters she wrote toward the end of her life, Plath expresses the struggle between her identity as a writer and that of a mother and wife. She often rose before dawn to write and stopped once her children woke up. This clash between these two roles is illustrated throughout The Bell Jar, as she critiques this commonly held idea that all women were expected to give up their academic and personal interests for motherhood; she dreamt of so many different figs but her indecision, and possibly society telling her she can’t have more than one fig, caused them to rot and die. She expressed these dueling desires: “I want to write stories and poems and a novel and be Ted’s wife and a mother to our babies.” As Dan Chiasson of the New Yorker puts it, “These onerous preconditions for writing and mothering and being a wife had to be brokered all by herself, all for herself. Plath had none of the leisure for contemplation that we associate with male writers.” Adding to this, Plath struggles with her mental health in a time in which the stigma surrounding these issues was strong. Esther feels as though she is trapped in a bell jar, a thing looked at as a scientific curiosity and constricted by society’ expectations.

Like Plath, Esther attempts suicide at a young age, taking sleeping pills before lodging herself in a crawlspace in her home, leaving her mother with a note saying she went for a long walk. Both Plath and Esther spent time in psychiatric hospitals and frequented therapists offices. Dr. Nolan is believed to be based on Plath’s therapist Ruth Beuscher who she continued seeing after being released from the hospital. Plath also received a magazine scholarship at Mademoiselle magazine in 1953, and Philomena Guinea is based on the author Olive Higgins Prouty who funded Plath’s scholarship to study at Smith College. Plath, like Esther, was rejected from a Harvard course taught by Frank O’Connor. In an interview in 2006, Joanna Greenberg said that she was interviewed in 1986 by a woman who had worked on Mademoiselle with Plath, and that she claimed that Plath put so many details of the students’ lives into this novel that “they could never look at each other again.”

Tragically, Plath committed suicide in 1963 in the kitchen of her London home. She was only 30 years old. Though Plath ended her battle with depression, we see Esther as a more hopeful image of herself. The Bell Jar ends with Esther going before a board at the psychiatric hospital for her exit interview. Always the poet, Plath leaves us with a testament to Esther’s resilience as she reflects at Joanne’s funeral: 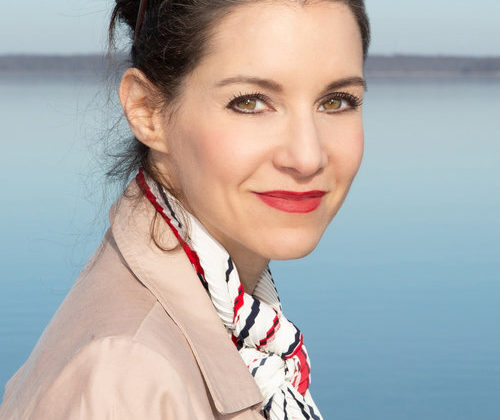