It was time to take our eldest daughter to college. She chose a school over 1,000 miles away. We were sad and surprised that she was comfortable going so far, but we had vacationed in Florida often, so maybe it felt a little like home.

I was determined to make this journey momentous for our family before we relinquished her. Being we were transporting her and her belongings to Florida, it had to be the right escapade in the Sunshine State. The only place calling us was the Florida Keys.

One reason is Duck Key was a family favorite vacation when the kids were the ideal age –old enough to do things and young enough to still want to do them with us. We played volleyball in the pool by tiki torch light and raced hermit crabs in the sun to reggae music. We snorkeled in the Great Florida Reef where our youngest daughter went head to head with a moray eel in the Atlantic and then raced back onto the boat.

I remember when my husband and I first touched land in Key West, a port of our honeymoon cruise. I was a budding author, and we toured the home of Ernest Hemingway. We breathed in the imaginary smoke of Hemingway’s pipe by the backyard pool where gypsy chickens and felines meandered. We watched musicians’ antics at Sloppy Joe’s Bar and dreamed of sharing a drink with Hemingway to hear of his many, manly pursuits.

The Keys were the obvious choice, and we landed in the hot, Miami sunshine. We zoomed down the Overseas Highway in our cumbersome rental van and rested hours later in Marathon. Tranquility Bay had a comfortable townhome with a bed and bath for everyone right on the ocean and many iguana friends to welcome us.

We soaked up the Gulf shore, the Key West zest, and our teenage daughters on the beach and poolside. We ended our days together at sunset either at TJ’s Bar on property or on the wooden front porch of our home by the sea. We reminisced at how fast these years sped by.

On this Keys’ trip, our big adventure for the whole family was to go fishing in the sea, like the old man himself, Ernest Hemingway. His spirit commanded us to rent a boat and hire a captain so we booked our offshore fishing excursion. 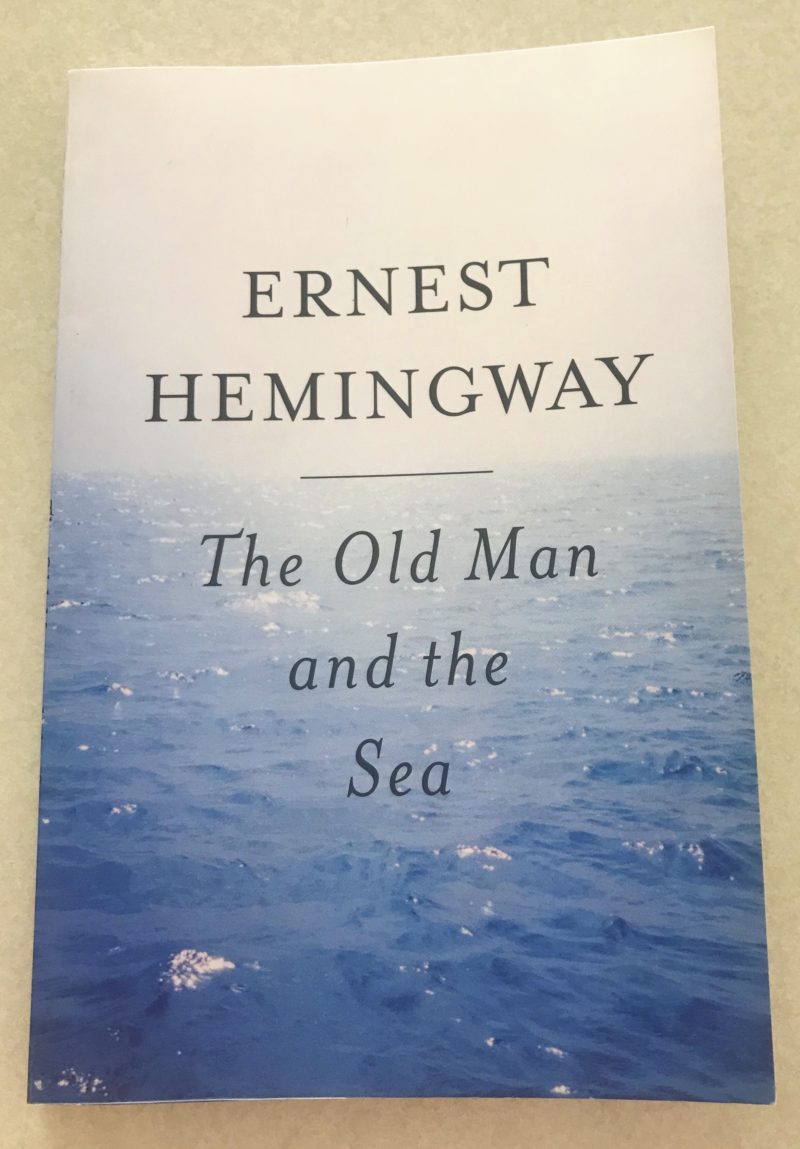 When we met Captain Jack in the seaside shanty permeated by the smell of ripe fish and sweat of old men, our daughters’ eyes pleaded to escape. And escape we did, our captain escorted us onto his smaller, older vessel, and we motored into the fresh ocean air.

We chased the misty horizon in a direction no other boat seemed to go. It was early morning, and the sky and water became one. The surreal union only interrupted by a lone bird flying across the sky and our motor splashing the water’s surface. I tasted the salt in the air and gazed into the sea wondering what awaits.

Suddenly, our boat decelerated, as we reached an area marked shoal warning with bright yellow, caution signs. Our captain peered into the water and steered his boat methodically. It was just us and Captain Jack, and I had an eerie feeling that he may feed us to the fishes in one big splash. As I looked around at my little family, I saw we were all thinking the same thing.

We were comforted by the engine roar, and the boat continued on its trek. We arrived at our fishing hole about 10 miles from shore. Our captain shifted to neutral and instructed us on how to catch a barracuda. Hemingway wrote of the importance of being exact when you finally get lucky, so we diligently did as we were told (Hemingway, 32). We casted our lines into the sunlit water to illuminate our bait, kept our lines taut, shook the seaweed off the hooks, and jiggled our poles to attract the hungry game below.

We repeated and waited over and over again. After a while, we each took a turn bringing the barracudas in while our trusty captain took them off the line. The only sounds were casting lines, splashing bait, and the thrill of catching another fish. Many barracudas joined our cooler, as Captain Jack moved the boat to just the right place again and again.

My favorite fishing spot was alongside a small island covered in tree bark and nature’s song of chirping and croaking. These sounds and the big ocean surrounding us soothed me like nothing else could. My anxiety drifted away, peace washed over me, and I knew our daughter would be okay at college. God would take care of her. 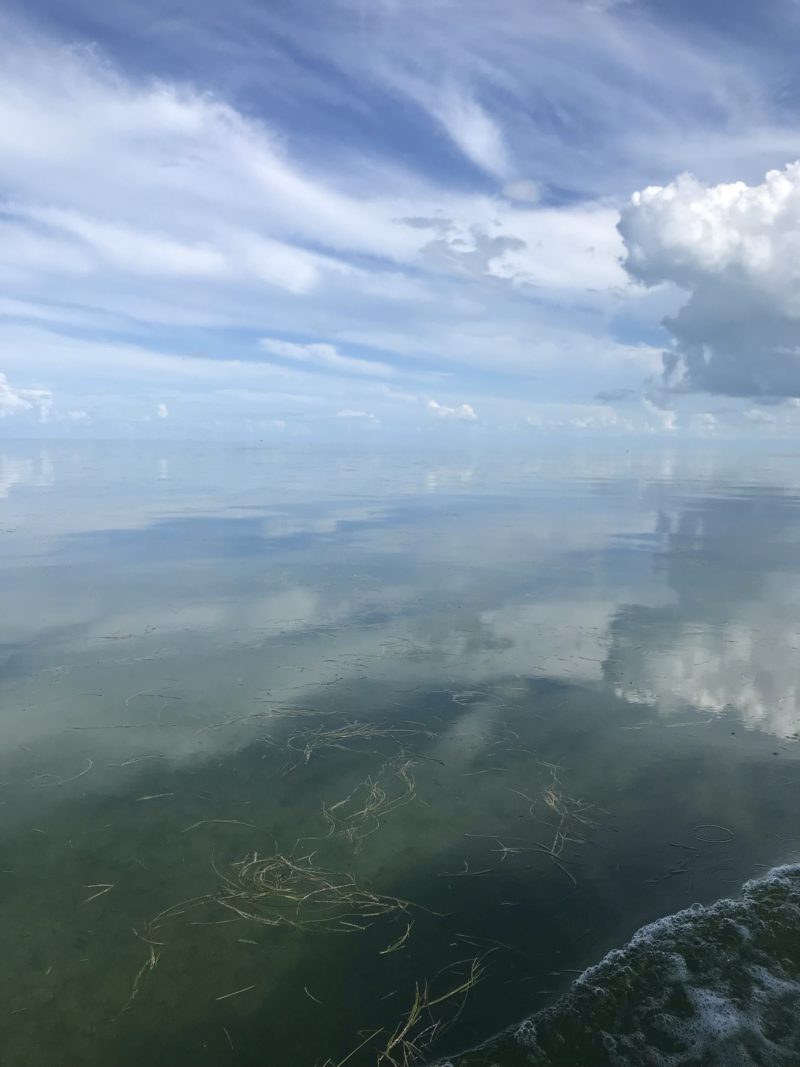 It was time to pack up this part of our journey, and we headed to another cast of the ocean. After a short burst across the water, our boat halted beneath Seven Mile Bridge, scurrying with tourists racing North and South. Humanity found us and interrupted our oasis, as our boat gently rocked with the waves.

Captain Jack explained that the barracudas in the cooler were now the bait to catch the sharks. We were entranced to hunt one of the most mysterious and feared creatures of the deep that lived decades to centuries. We heard the crunching and cutting of the barracuda and felt guilty for killing our “true brothers,” the fish in the sea (Hemingway, 75). The barracuda bits chummed the water and baited the large hooks.

The boat trolled, as the poles sat tidy in their holders. We silently watched for the strong, curious tug of the shark. That slight motion on the line would be the only warning of the beast lurking below.

As the minutes passed, we small- talked, while Captain Jack concentrated on the poles for even a twitch of motion. The first line jolted. Our captain wrapped a fishing belt around my husband’s waist and handed him the pole. We were all ready for some action.

For what seemed like hours, my husband tirelessly cranked his reel, gasped for air, and pivoted to stay with the shark and balance his own body. It took 45 minutes to bring the shark to the boat where Captain Jack figured it was a 100-pound lemon shark and released him back to the deep.

My husband looked sad that the thrill of the catch was gone, just like that. He stretched his hands from gripping the pole so long. I could read his weary mind and see his breaking heart. While Hemingway wept for the young boy who did not fish alongside him, my husband for the daughter who was about to leave him for college.

Shortly after her dad’s catch, Captain Jack handed her the next pole that had a shark lurking on the other end. It was our daughter’s turn to tame the beast. She wiggled and giggled through the fight, as our captain instructed her on how to keep the shark on the line.

She efficiently brought in a 50-pound lemon shark in record time. Captain Jack ushered  the shark aboard and posed with my daughter and her trophy catch. She was beaming like the sun and was ready to conquer anything that came her way.

I awed at how she faced the challenge so gracefully. Was it her youthful energy and determination? Her innocent confidence and positive attitude? I was unsure, but looking at her elated dad, he came to terms with her leaving us and found the faith he needed. She will succeed miles away from home. She caught a shark.

One other shark was caught that day, and all of the sharks were released back into the depth of the ocean. They were not hurt. It was just another day to fight, to hunt, and to survive, the shark and the human.

We left our little fishing boat and captain, and we ate our lunch under the thatched roof of the Sunset Grille in Marathon. We lingered there, celebrating our catches and experiencing the best ever, deep- fried, key lime pie.

Our time in the Keys was nearing its end. Our last dinner was poignantly at Tranquility Bay’s Butterfly Cafe. Could it be anymore symbolic? My daughter, the butterfly, who lived in the safe cocoon of home, was about to fly free into the unknown, so many miles away. We all felt it.

After dinner, our two daughters even cooperated in a sunset photo shoot. These two girls, inseparable growing up, clung to each other and giggled in every picture. I saw their young, silly spirits again on that beach, as the miles were inching in. 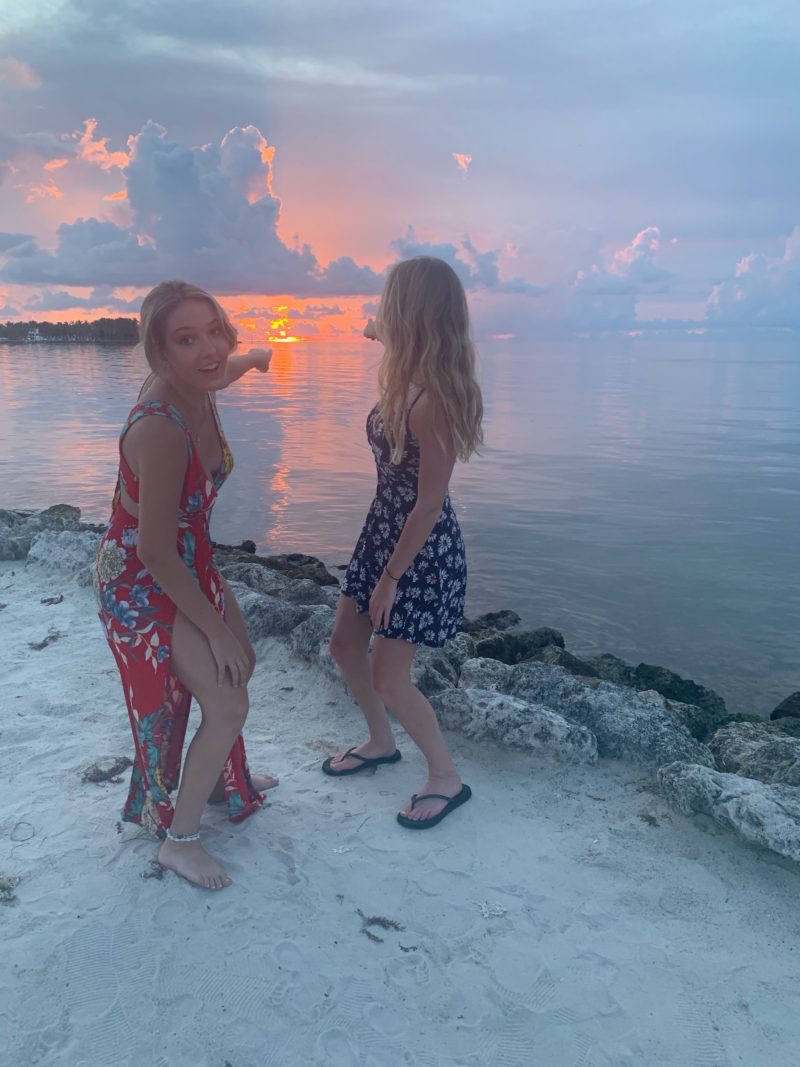 The dreamy vacation was over, and it was back to reality. It was time for college. The van creeped North on the highway into the mainland of bustling Miami. In one day, we bought her school supplies, toured her campus, and put furniture together.

That night was difficult. The sky cried pouring rain. No one wanted to be the first to say goodbye. We played pool, until time ran out. Early the next morning, we left for the airport, one person left behind.

In the Keys, I love that we had one more family adventure, and Hemingway played on those same streets and fished those same waters. He wrote of fighting off sharks from devouring his 1,500-pound catch, as he trawled it back to land (Hemingway, 97). And now, we have shark stories of our own.

Oh, the stories a fisherman and a traveler could tell. As a writer, I tell stories and sometimes question if I should? Then I hear Hemingway, “Perhaps I should not have been a fisherman, he thought.  But that was the thing I was born for” (Hemingway, 50). I keep writing, and it’s now our daughter’s turn to find her thing.

J. Rainey Page writes articles for magazines. Her work has most recently been published in Bella Grace and Focus on the Family. With a Midwestern heart, she studied writing in Winona, Minnesota and currently resides in the Chicago area with her furry family. You can follow her traveling insight on Instagram @jraineypage and her gentle life movement on Pinterest @jraineypage. 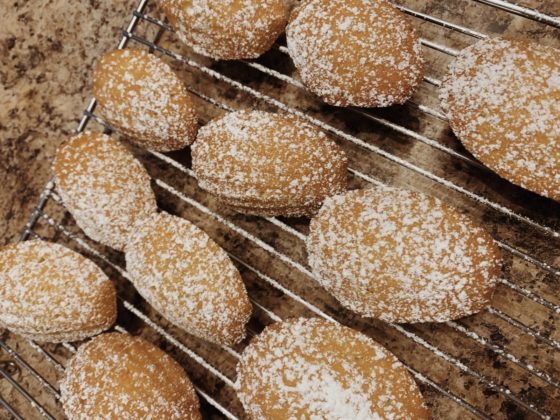 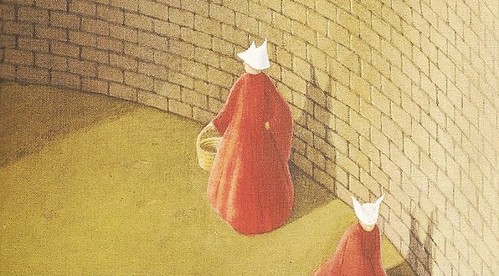