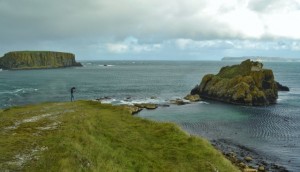 At Literary Traveler, we encourage our readers to travel. We specifically feature a varied selection of literary themed tours—for obvious reasons—that last several days to several weeks. The idea of taking the time to fully immerse oneself in a new culture, in a new destination, or a theme as awesome as literature, is one that we believe in wholeheartedly. That being said, we understand that not everyone has the time or the attention span to devote to one author, genre, or physical place. Some of you just want the most (and the best) that you can get for the amount of time you have available. Well, I think I’ve got just the thing.

When planning my trip to Ireland this past September, I came across dozens of literary-themed tours that follow in the footsteps of Joyce, Yeats, Beckett, and the like. But, with only ten fleeting days for my exploration of the Emerald Isle, I simply could not commit to any lengthy group tours or themed visits. However, I found an alternative that worked wonderfully for quenching my curiosity and sticking to my budget (here I’m talking time and money).

For those short on time, a day tour could be just the remedy for your “so much to see, so little time” conundrum.

Irish Day Tours, which also goes by the name Extreme Ireland, specializes in day-long adventures and seriously nails the experience. They have several different tour packages for those looking to take in the highlights of Ireland, from the Cliffs of Moher to Galway, the Giant’s Causeway to Cork (where our own Jessica Monk hails from!). I was fortunate enough to take two trips with this company: One to the Cliffs of Moher and one to the Giant’s Causeway.

And both were so fantastic that I have to share.

The Cliffs of Moher is the most popular tourist attraction in Ireland. But, believe it or not, you will get to experience parts of it in solitude, if you so choose. Hordes of tourists make their ways along the breathtaking coastal cliffs each day, but the cliffs are so expansive that at several points in the climb, I found myself alone or passing only one or two other people. Not everyone walks all the way to the end, wherever that may be, and you certainly won’t have time to walk every inch of the cliffs on a day tour, but rest assured, there is plenty of beauty to be seen in your allotted time frame, and plenty of quiet serenity with which to take it in.

This tour, like most others, begins in Dublin before heading to Limerick three hours away, where you can snap a photo of King John’s Castle across the River Shannon and grab a coffee or wool sweater at the adorable (and conveniently accessible) little gift shop. Then it’s back on the bus to reach the Cliffs, which simply cannot be described, and apologetically, cannot be shown to their true magnitude in photos. After your time at the Cliffs, they’ll drive you to a nearby pub, which is pretty isolated and serves up some tasty food. You’ll then be beckoned aboard the bus, which will take you to the Burren, another natural site that is very cool to look at. If I knew more about geology I could break it down better. But since I don’t, you can do a little pre-trip research on Karst landscapes. Following this stop, you’ll have a quick visit to the Corcomroe Abbey, a 12th-Century monastery in County Clare, and a pit stop at the completely adorable Kinvara, where you can take in views of Dunguaire Castle before finally heading back to Dublin.

They pack the fun in, and rest assured, you will be exhausted upon your return. With a price of 45 Euro, about $60 US dollars, you’ve secured yourself a full day of being comfortably whisked around Ireland, stops at SIX different destinations, the insider knowledge of your tour guide (which makes you an almost Ireland-genius and certainly more entertained), and memories made meeting other travelers like yourself, each with his or her own story and reason for visiting. I’m a traveler with a backpacker budget, and I can certainly see the value in this deal.

My second tour was equally impressive. The Giant’s Causeway is a geological treasure, composed of interlocking hexagonal “cylinders” that extend from the top of a hill all the way into the sea. They aren’t quite perfect, but it is amazing that so many of these oddly shaped formations could be found in nature, let alone in one spot and all adjacent to one another. If you want the science of how this formation came to be you will have to consult someone else, as this is not my, nor Literary Traveler’s area of expertise. But I can tell you the explanation found in Irish Folklore. That is right up our alley. It all started with a Giant named Fionn mac Cumhaill, the Anglo version, which I will be using from here on out, being Finn McCool. Finn McCool lived happily on the Antrim Coast, which lines the tip of Northern Ireland, with his wife Oonagh (or Una). The thing that displeased Finn McCool above all else was his rival, Benandonner, another giant living just across the sea in Scotland. The two taunted each other from across the North Atlantic until finally Finn McCool challenged his foe to a fight. He built a series of stepping stones across the sea to confront his enemy face to face, but panicked when he saw the enormous stature of Benandonner. McCool fled back to Antrim and relied on the wits of Una, his clever wife, to save the day.

When Benandonner came knocking, the ever-cool Una explained that while her husband was out, their baby, Fionn mac Cumhaill Jr. was home taking his nap. There was Finn McCool, dressed up as a baby, sleeping soundly in a cradle. Seeing the size of the gargantuan “baby” and calculating that its father must be significantly larger, Benandonner retreated, destroying the causeway as he went so that the terrifying and colossal Finn McCool couldn’t reach him.

Regardless of what version of the story you find, the Giant’s Causeway is a sight to see. You get the uneasy feeling of being so terribly small, a feeling that we travelers relish with both delight and anxiety. And while the tour destination is the Causeway, that is not all you’re in store for. Before arriving, you’ll stop for lunch at a small mom-and-pop restaurant in the middle of the Irish Countryside, and head up to the Antrim coastline, where you will stop to conquer your fear of heights at the Carrick-A-Rede Rope Bridge. The bridge, which was closed on the day of my tour due to high winds, is a rope bridge that connects the mainland of Northern Ireland to the small island of Carrickarede. It was disappointing (and relieving) to have missed the opportunity to cross the bridge that seemed terrifying to me, but we did get to take a quick photo detour just around the corner, to a site so beautiful that it was used as a set for the Game of Thrones TV series. Following your time at the Causeway, you’ll head off to the city of Belfast, famous for the political struggles that plagued the island for decades. You’ll have the option to go sight-seeing, have a bite to eat, snap a few photos, or check out the town hall, but I chose something a little more meaningful (to me).

In the hour or so we had been allotted in Belfast, I chose to take a Black Cab Tour of the city. This tour, which is separate from Irish Day Tours and apparently only offered sometimes and as a second thought, takes you through the city of Belfast on a Magic School Bus-esque history tour to gain insight into “The Troubles,” as that period of strife is known. Vibrant murals of political protest plaster the sides of homes, vast walls known as Peace Lines, that once separated the city and are still locked after 9pm, stretch throughout Belfast separating Protestant and Catholic neighborhoods, and memorials commemorating lives lost in the frequent bloody bouts of violence, stand as solemn reminders of times not so far past. The cab drivers who give the tours lived through The Troubles. They undoubtedly have their own perspectives, but they do their best to stay neutral when outlining those dark days of conflict. And they all agree on one thing: things are better now than they were before.

Being a bit of a political junkie, this was a highlight of my trip to Ireland. And both Irish Day Tours, of the Cliffs of Moher and the Giant’s Causeway, were experiences I’m really glad to have taken on. In ten short days I was able to spend time in Dublin, Northern Ireland, the Northwest coast of Ireland, and (on a separate two-day adventure with friends) the Southwest coast. I made the most of my budget and limited time, and I still had an incredible trip.

If you’re visiting Ireland and aren’t sure what to do, or are staying in Dublin but want to get out of the city to see more of the country, I’d highly recommend booking with Irish Day Tours. You won’t regret it! 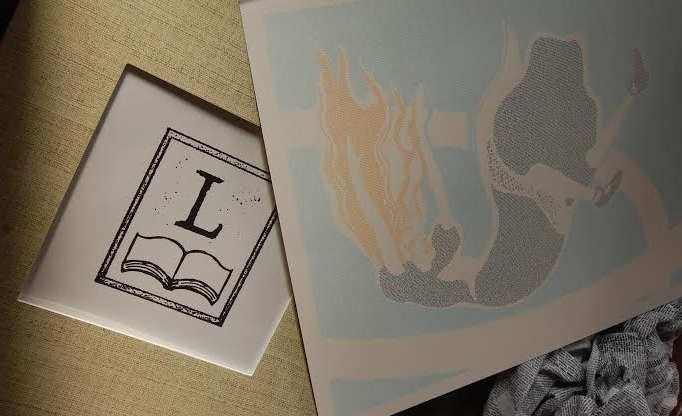