I rest my head on the back of an American Airlines middle seat. Squished on the left by my husband and the right by an unknown man, I squeeze my arms close to my side to minimize space appropriated. Seven hours in flight. Almost home.

Why do I subject myself to this form of 21st century torture? I am returning from a trip to the land of whiskey, the Loch Ness monster, kilts, Celts, clans, bagpipes, and wordsmiths.  Enlightenment is the focus of my journey.

Arriving early in Edinburgh,  cramped muscles and exhausted bodies demanded sleep. Our hotel room would not be ready for hours, so we shuffled off to a pub for breakfast. Savoring our first cup of excellent Scottish coffee, we devoured a typical Scottish breakfast of eggs, sausage (delicious real sausage and horrible vegetarian ones), bacon, toast, baked beans, and mushy green peas. Beans and peas are Scottish diet staples.  Hub and I walked for miles around Edinburgh, our footsteps interspersed with Fringe Festival shows, interludes at pubs and cafes, and visits to museums and historic sites. Edinburgh is a city of steps, steep hills and uneven cobblestone streets tough on the feet. Sidewalks and pedestrian-only roads overflowed with people moving in a wave, a flowing mass mob. Stop and you could get run over. Don’t pay attention and you might lose your companion or find yourself lost in a close (Scottish for alley). A variety of languages in addition to English reach your ears – Spanish, German, French, Chinese, Scottish English–also not always easy to decipher.

I had never heard of the Fringe Festival, advertised as “the world’s greatest platform for creative freedom,” offering thousands of live performances over a three-week period every August. Comedy, drama and tragedy, variety, children’s shows, street performers, music, dance.

Exciting, yes. Problematic at times, yes. The line for the women’s toilet at Edinburgh Castle numbered about 40. Luckily my bladder patiently waited for a café break.

Following three days in Edinburgh, we boarded a bus for Dundee. Dundee? Why are you going to Dundee? Why would anyone spend time in Dundee? This was the overwhelming response from our new Scottish acquaintances.

The Murphy Writing of Stockton University nine-day Get Away to Write in Scotland program was in cooperation with the University of Dundee. Once a bustling city employing 50,000 in the jute industry, a fiber used for making canvas, rope, sails and more, Dundee is attempting a rebound, a new branch of the Victoria and Albert (V&A) Museum–a tourist anchor.

Daily workshops centered on writing, but excursions augmented the program and introduced us to Scottish culture and lifestyle. One afternoon our group ventured into the world of Scottish literature on an Edinburgh pub tour, visiting places patronized by literary greats. Packed pubs, libations, crowds.

I hold my pocketbook close, stare at the back of the person in front of me and follow from pub to pub. We reach our last stop, descend a set of stairs and enter the bar. It takes a few minutes for my eyes to adjust to the darkness.

I slip into a straight-back wooden bench furnished with a deep red cushion and settle in for a talk about famous Scottish writers, their habits and habitats, from James Macpherson and Robert Burns to J. K. Rowley.

The low wooden ceiling, beams grimy from age, and dark wood-paneled walls create a calm, almost dignified atmosphere. It is places like this where over the centuries the literary greats gathered, guzzled, ate  gossiped, created masterpieces, and guzzled again.

I hear the stories and a question nags. The greats indulged in drink, drugs, gambling, promiscuity…Is spending time, money and energy on debauchery a prerequisite to producing literary masterpieces? What comes first – the writing or the vice? Are they a team, feeding off each other–the writer doomed without the assistance of a vice or two? Robert Burns lusted after women during his short life.  Arthur Conan Doyle, born in Edinburgh, experimented with a drug (gelsemium) while a medical student and continued to indulge after school. Robert Louis Stevenson was a sickly chap, but did his best to overcome his physical limitations. With minimal monetary means, he managed to regularly patronize budget-priced pubs and brothels. Unfortunately there is no time to consider the question before moving on. When home I will have to spend time pondering whether or not I should indulge in a vice that will result in the production of perfectly polished prose.

Another afternoon our group toured the countryside, the first stop Dundee Law (Law is Scottish for mountain). As the bus maneuvered a series of s-curves, my stomach felt queasy and my eyes glazed over. I feared I would puke. Please don’t puke, I repeated to myself. The godawful smell, the mess, the ugliness, the rolling eyes of bystanders, the yucky by-products in my mouth after the event unfolded.

The bus stops and I sigh with relief and stand, unsure my gut would cooperate with the rest of my body. We disembark and begin the hike to the mountaintop.  The purpose–in addition to admiring the view–is a group picture with Dundee and the river Tay in the background. How many groups go to this extent for a picture? The days of Instagram demand enticing poses.

I look at the trail and the mountaintop, partially obscured by trees, and begin to ascend, slow and steady. Don’t stop, I repeat to myself, I may not be able to start again. I will then become a frozen figure, an eternal effigy along the trail, like Lot’s wife turning into a pillar of salt or the victims of Vesuvius expiring in weird positions. What were they doing before becoming forever statues?

Photos taken, we continue on. Roads are in first-rate condition, but apparently construction delays are not just an American nuisance. We pass fields of grain. Cows, sheep and goats graze in pastures. Crops grow inside rows of white tunnel-shaped fabric domes that cover grasslands. Gray-brown buildings and homes, dark from years of layered grime and pollution, dot the landscape. Overcast and showery, the lack of sunlight contributes to a gloomy atmosphere. Hours of sunlight in this country contrast with cloudy skies and rain.

Hub and I enter a pub at our last stop, the seaside community of Arbroath. The waitress, sporting a brilliant blonde updo, bright red lipstick and a friendly smile, delivers menus: a wine and beer menu, a list of the day’s specials, and an extensive menu with pages of starters, main courses, sides, desserts, and non-alcoholic beverages. I glance at the stack and push it aside. I know what I want. The Scottish staple: fish and chips – lightly fried fish, often haddock, and thick hand-cut wedges of potatoes, not slathered in grease.

I stare out the pub window. A slice of the dark gray-green waters of the North Sea roll onto shore and back out again inan endless motion. Seagulls soar above and occasionally dive for their dinner. Sailboats ply the waters. The dreary film over the land gradually starts to disappear. Cloudy skies part and sunlight sparkles on wet grass, gardens and roads.

The town awakens from its afternoon slumber. People materialize, stroll along the coastal walkway, take seats at picnic tables on the restaurant patio, linger at storefronts. Locals stride by with dogs eager to exercise. Teenagers loud enough to disturb the tranquil atmosphere hurry by.

We finish our meal and reluctantly prepare to leave the peaceful coastal community. It is time to return to our university accommodations, workshop classroom, and the cultural vibe of Dundee, the frenzied excitement of Edinburgh, and finally home.

Leaning back in my confined airline seat, I close my eyes and smile. My Scottish experience is worth the temporary aerial torment.

Meryl Baer worked in the financial field before she quit her job and moved to the Jersey shore. She now spends her time writing, planning trips and traveling. Her work has appeared in anthologies and websites, and she is a 2014 National Society of Newspaper Columnists award winner. Her blog Beach Boomer Bulletin: https://merylbaer.com 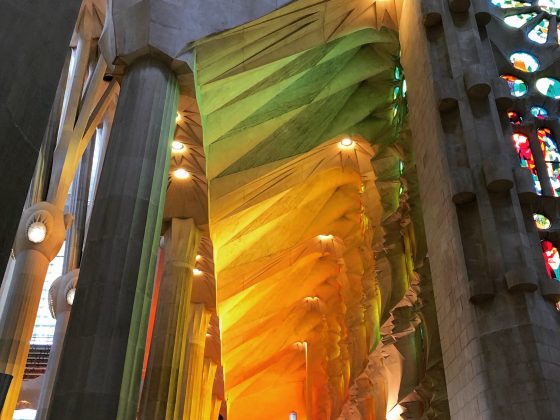 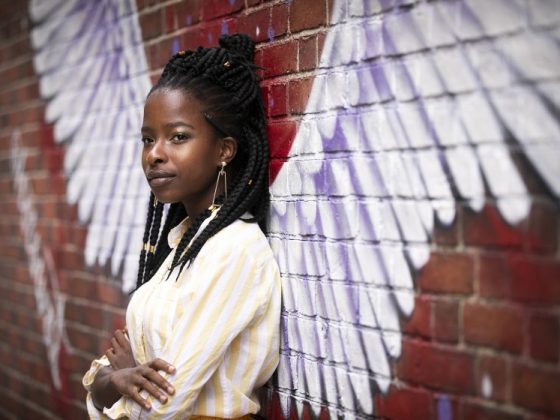