Photo by Zach Castillo on Unsplash

I will not exist.

But the land where my feet walk,

It will be here always.

It will never change.”

In Taos, the wisdom of legends are connected to the land and never leave. The people who only came for a holiday visit connect to the land and never want to leave. But most find the rugged patchwork system, barely modernized in over a century, difficult to transfer into. Yet, some are instantly caught like moths in a web. There is a ceramic mug well circulated throughout the town’s homey cafes that explains, “It has been said of Taos that it is not really a town, a village or even a place. It is a state of mind. It’s not exactly a spot one stumbles into…it takes an extraordinary sense of misdirection to end up there in the first place, insanity to decide to stay, and bullheadedness to survive.”

Coming from a Taos native who, in reverse, has attempted to leave the land many times and continually, accidentally, returns, I am dead serious when I say you don’t know Taos until you meet the Old Spider Woman. In the ancient oral tradition of all American native tribes, the Spider Woman reigns as the goddess of guidance, wisdom, protection, insight, strength, courage, dream, vision, and mystery. These are the same benefits many travelers seek when visiting Taos for the first time.

Though the Spider Woman is an ancient spirit of the whole country’s mosaic of Native American decedents, Taos seems to be the place where the Spider Woman lays her eggs. Taos has attracted many great artists and birthed many unique cultural expressions, often luring in the weakened minds of artists exhausted by the excessive frills of popular urban developments, and rebirthing their creative spirit into concrete works of brilliance to be shared with the rest of the world.

Taos truly is that fantastical artist/writer retreat, offering a unique mix of the atmosphere from a colorful and shapely mesa to the mountainsides that seem to transport one to the Swiss Alps. Any visitor can cultivate their authentic creative sides, but only if the Spider Woman has been met and understood. Otherwise, many travelers fly around the tourist attractions and throw the baby out with the bathwater when they leave. If one desires to become a part of the historical, spiritual, artistic society that has flourished here for centuries, then go meet the Spider Woman first. 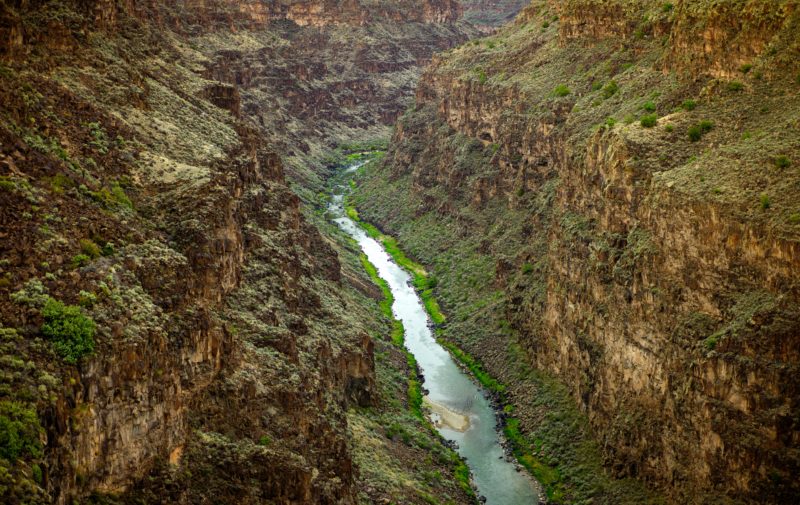 Photo by Lightscape on Unsplash

The Tewa-speaking natives of Taos have an old story about two unwed sisters who meet the Spider Woman. The story goes something like this:

In a small village long ago, men and sons went to war, while the wives and mothers remained behind praying and hoping for all warriors to return safely. However, two sisters remained unmarried, and after being confronted about this predicament, it was determined that if they were not going to marry like all the women of the village traditionally do, then they were to be treated like men. So, they were given four days to find bows and arrows before they were sent off to the war. On their way out to the battle, they met Spider Woman. They cried and told her of their fear of going to war, begging for assistance.

Grandmother Spider said, “I know nothing of war, either. But give yourselves some time and I will help you as best as I can.”

The two sisters decided to wait a few days before continuing out to battle.

The Spider Woman came back, and this time she had a gift, “Be like men, daughters. Chew this medicine and spit it all over your bows and bodies. This will protect you. Then sing this song:

“Once we were two sisters.

Once we were two women.

Who helped the people in times of war.

Once we were two sisters.

Now we are Dark Star Man.”

With this power gifted to them, the two sisters were the bravest warriors and killed many of the enemy men. They rode back to the village singing their song:

“Once we were two sisters.

Once we were two women.

Now we are the Morning Star.

Now we are Dark Star Man.”

The leader of the kiva invited the two sisters inside, gathered all of the men, and listened to the women’s story.

When they finished, the sisters asked, “Did we do the right thing?”

“Yes, daughters, you did the right thing.” Replied the leader of the kiva.

Today, the Puebloan tribes use this phrase of encouragement, “Be a woman. Be a man.”

I will not exist.

But the land where my feet walk,

It will be here always.

It will never change.”

First, connect with this Omaha wisdom by existing through those who have inhabited the land before and who left their existence behind in the land that never leaves. For the past few centuries, since the days of Spanish colonialism and of the Wild West, Taos’ landscape has little changed. 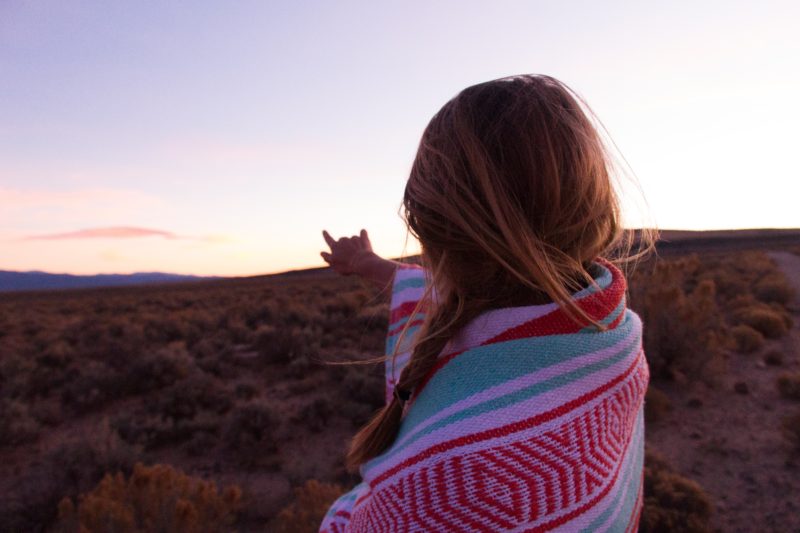 Photo by Holly Mandarich on Unsplash

Easily the first thing that gripped the large collection of great artists was the mystical beauty of the landscape and history, but there is something secret and hidden responsible for the artists’ lifelong attractions and sustained streams of creativity. Their attention remained long in silence, they gave more time, as Grandmother Spider instructed. They wore the shoes of those before them, and became women, and became men.

If you come to Taos be silent in the landscape to feel what has come before and draw your own inspiration. Sit still with your feet dangling over the Gorge Bridge and you will understand the extreme dedication of the Buddhists who built authentic Tibetan chotens all along the great crack in the earth. Hike out onto the baking desert among the rattlesnakes, coyotes, and bovine bones, and you will discover O’Keeffe Country. Camp in the Sangre de Cristo Mountains and you will find that you are only a mere player in the ecological stream of life, just as D.H. Lawrence experienced. Spend a night in the vulnerable open landscape of the mesa and you will find out why abstract sculpture finds its home on the flatland under the crystal clear expanse of stars above. Bath in the natural hot springs along the roaring waters of the Rio Grande River, and you will decide to settle here too, just as the Spanish conquistadors did. Sit quietly in the heat of the afternoon watching the crows collect twigs and carcass, and you will relate to the rugged tribal spirit long seeped into the stones of these lands. Do this and your spirit will never leave the land and you will be part of the legend of Taos.

Siggy Franzen has been writing essays for years on the psychoanalytic approach to philosophy, art history, mythology, religion, classic literature, film, and anything that examines the depths of the human condition. She recently finished her B.A. in Cultural Anthropology, has written a volume of academic essays that could fill a PhD. She enjoys studying and reading literature and nonfiction outside academic conditions while she writes short stories in historical drama and speculative fiction. Follow her on Instagram for her insight, book and film recommendations. Follow her on Medium for more articles and short stories. 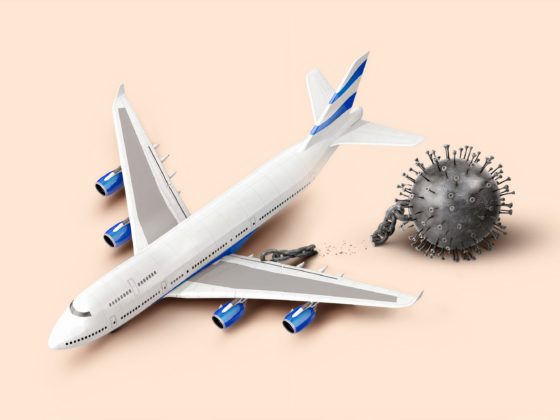 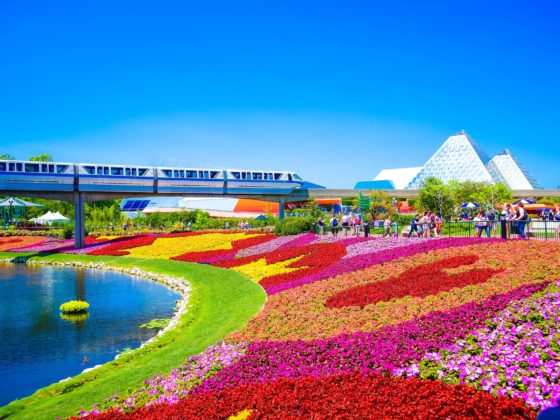 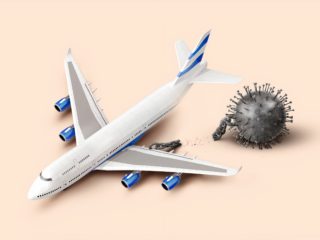 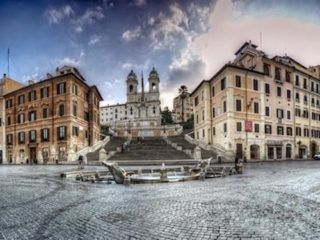 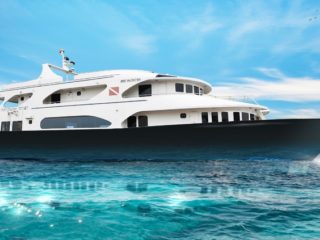 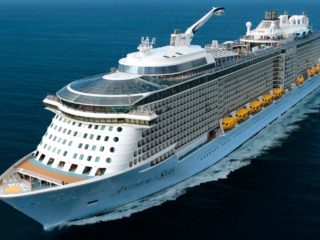