With an appreciative nod to Wilkie Collins and others who blazed the trail, it really started with Sherlock Holmes. In his first novel, A Study in Scarlet (1887), Sir Arthur Conan Doyle introduced the world to the great consulting detective and thereby helped establish the detective fiction genre in England, which has been enjoying enormous popularity the world over ever since. Of the many writers who have followed in Doyle’s giant footsteps, none can compare with Agatha Christie: the most widely published author of all time, outsold only by the Bible and Shakespeare! The Queen of Crime’s inimitable sleuths Hercule Poirot and Miss Marple have earned an exalted position in popular culture alongside Holmes and his faithful partner, Dr Watson. So, as lifelong fans of both Doyle and Christie, my wife and I decided it was time we took a trip to England in search of literary sites associated with these iconic writers.

Day one: Our tour was to begin in the spectacular southwest county of Devon. The drive from London’s Heathrow Airport to Torquay, the principal resort on Devon’s “English Riviera”, took a total of three-and-a-half hours. Since the route passed Stonehenge, a breathtaking sight in the middle of Salisbury Plain, we took the opportunity to take a look at this mysterious marvel. The prehistoric ring of standing stones, each around 13 feet high and weighing around 25 tons, is a masterpiece of engineering that archeologists believe dates from 3000-2000 BC. Its purpose has been a source of speculation, with opinions ranging from ritual ceremonials to interpreting the cosmos. Whatever the case, it’s an awe-inspiring spectacle.

Day two: It was little more than a half-hour drive from Torquay, on the Devon coast, to the vast upland spaces of Dartmoor, a wild and windswept landscape of open moorland, deep valleys, rocky outcrops and peat bogs. There, in this other-worldly setting, Arthur Conan Doyle and Agatha Christie come together. Christie’s novel The Sittaford Mystery (1931) is set on Dartmoor. In it she refers to Doyle and aspects of her story’s setting echo Doyle’s most famous novel, The Hound of the Baskervilles (1902): surely one of Sherlock Holmes’ greatest challenges. While the fictional Baskerville Hall cannot be found within the 368 square miles of the Dartmoor National Park, the eerie atmosphere that permeates the story is omni-present. Doyle had been drawn to Dartmoor previously, when he made it the location for his short story The Adventure of Silver Blaze (1892) in which Holmes investigates the disappearance of the eponymous racehorse. We spent the day roaming this special area of England and enjoying the splendid scenery.

Day three: Agatha Christie was born in Torquay in 1890. She is commemorated there by the Agatha Christie Mile: an easy walk that connects eleven Christie-related sites, including a bronze bust in the town center. We followed the trail through the busy town, beside the attractive harbor and along the palm-lined promenades. Torquay Museum was one of the stops. In its impressive Agatha Christie Gallery were Hercule Poirot’s furniture and other props from his London flat in the brilliant TV adaptations (1989-2013) starring David Suchet. I actually sat at Poirot’s desk! The Gallery also contains meticulously researched information panels that display facts and photographs about Christie’s life and work. There’s also a fine selection of her personal effects, including handwritten notes and some of her clothes. We thoroughly enjoyed our day in one of England’s premier seaside resorts.

Day four: A ten-minute drive along the coast from Torquay brought us to the unremarkable town of Paignton, the starting point for the Dartmouth Steam Railway. It was this railway that Agatha Christie would use to get to and from Greenway, her magnificent country home. We boarded the historic train for the nostalgic 20-minute ride to Greenway Halt. From there we followed in Christie’s footsteps along a well-trodden footpath through ancient woodland that opens on to a broad meadow: a high point that affords a splendid view across the picturesque valley of the River Dart below. This is English scenery at its most breathtakingly beautiful. Soon we found ourselves looking down on Greenway itself, an impressive Georgian house set in magnificent grounds that slope down to the riverbank.

From 1938 until her death in 1976 Agatha Christie spent most summers at Greenway. Entering the house is to step back in time: it is presented as it was in the 1950s. Most rooms are open to the public, displaying the family collection of silver, china, books and photographs. Set out on a table in a downstairs room are games Christie played with her children and grandchildren. In her bedroom upstairs there’s an open wardrobe containing some of her clothes. Particularly touching is the small room in which she worked on her stories. Her typewriter is still there and the bookcases hold many first editions of her books. The experience was made all the more memorable by the friendly and knowledgeable National Trust guides in every room.

After touring the house, we wandered through the amazing gardens – with their more than 2,700 species of trees and plants – down to the boathouse, the scene of the crime in Dead Man’s Folly (1956). We couldn’t resist visiting the gift shop, which carries Christie’s books plus souvenirs, plants and local produce. Then we enjoyed a delicious Devon cream tea in the Barn Café. From there we walked through more of the gardens to the landing stage on the riverbank, where we boarded a small boat for the short ride down the beautiful Dart valley to the pretty little town of Dartmouth. We lingered there for a while before taking the ferry across the river estuary to Kingswear, whence the steam train back to Paignton. It’s hard to imagine a more delightful way to spend a day in England!

Day five: It’s a sad fact that, in terms of literary sites (in England at least), Arthur Conan Doyle is not nearly as well commemorated as Agatha Christie. So we needed to work quite hard to find some. We drove eastwards from Torquay and, after almost three hours travelling through the lovely countryside of east Devon and Dorset, we came to the delightful village of Minstead in Hampshire. Doyle loved this area, now in the heart of the New Forest National Park. We found his grave under a large tree at the back of the 13th Century All Saints’ Church. After paying our respects, we continued driving eastward. We by-passed Portsmouth, the home of the Royal Navy, where we might have stopped if time had permitted. Doyle moved to Portsmouth as a young doctor in 1882 and it was there that he wrote A Study in Scarlet, the success of which changed his life forever. The Portsmouth City Museum houses a permanent Doyle collection.

We drove on towards the popular south coast resort of Brighton, where our route turned north and (after a total of two hours) we arrived in the lovely small town of Crowborough in Sussex (50 miles south of London). There we found the Doyle family home of 23 years, Windlesham Manor. This large Edwardian house is now a residential care facility for the elderly, not open to the public, but we were able to catch a glimpse of its impressive exterior from the road. Doyle died there in 1930 aged 71 and was initially buried in the rose garden, then later reinterred in Minstead churchyard. He is commemorated in Crowborough by a life-size bronze statue near the crossroads in the town center. All in all, a most rewarding day.

Day six: Only five miles from Crowborough is Groombridge Place, a handsome 17th Century country mansion set in 200 acres of parkland. Doyle was a frequent visitor, sometimes making his way on foot from Windlesham Manor. He made no secret of the fact that Groombridge was an inspiration for houses in his stories, particularly Birlstone Manor in The Valley of Fear (1915). The house itself is a private residence and not open to the public, but we were able to wander through the beautiful formal gardens. We were treading in the footsteps of Dr Watson, who goes walking in the gardens in a key scene in The Valley of Fear. There’s a small museum that commemorates the influence of Groombridge on Doyle. It felt good to have a relaxing day at one of England’s finest country estates.

Day seven: Inevitably we were drawn to London and 221B Baker Street: the classic Georgian townhouse that was Sherlock Holmes’ fictional home. It’s now the Sherlock Holmes Museum (actually at number 239), filled with all kinds of Holmes memorabilia. The museum was a little disappointing, but it was fascinating to overhear visitors speaking of Holmes as if he were a real person! A short walk away we came to a larger-than-life statue depicting the great consulting detective in characteristic pose. Tucked away on a side street near Trafalgar Square we found the Sherlock Holmes pub, which turned out to be rather more interesting than the museum.

Its Victorian-style interior is loaded with references to Sherlock Holmes stories and adaptations for film and television. Upstairs there’s a detailed recreation of Holmes’ Baker Street flat. Finally, we headed to historic Fleet Street and in a narrow side alley we found Ye Olde Cheshire Cheese. This atmospheric pub, rebuilt shortly after the Great Fire of 1666, was a regular haunt of Arthur Conan Doyle and other literary figures, including Charles Dickens and Dr Samuel Johnson. A traditional London pub meal was the perfect end to a splendid trip!

Stephen Margrett is the founder and CEO of Literary Tours of England. A native of England, he lives in Colorado with his wife Judy. Together they have made countless trips to England, studying hundreds of famous and little-known literary sites. Stephen’s vision is to provide a solution for discerning travelers who want to explore the places that inspired so many English writers to greatness, including some of England’s most beautiful scenery and historic towns. 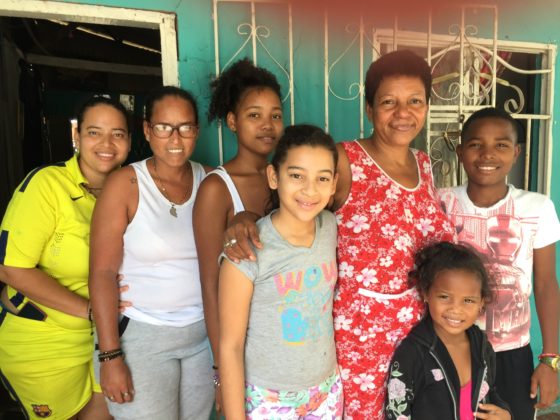 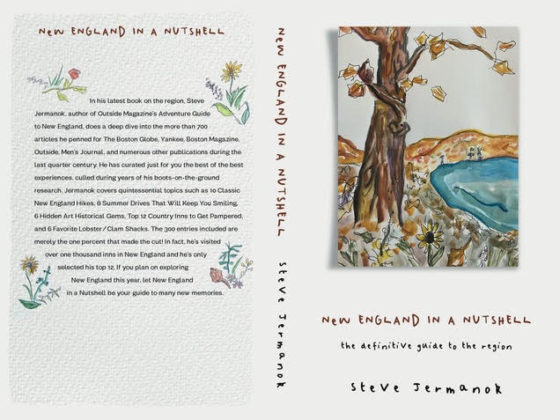