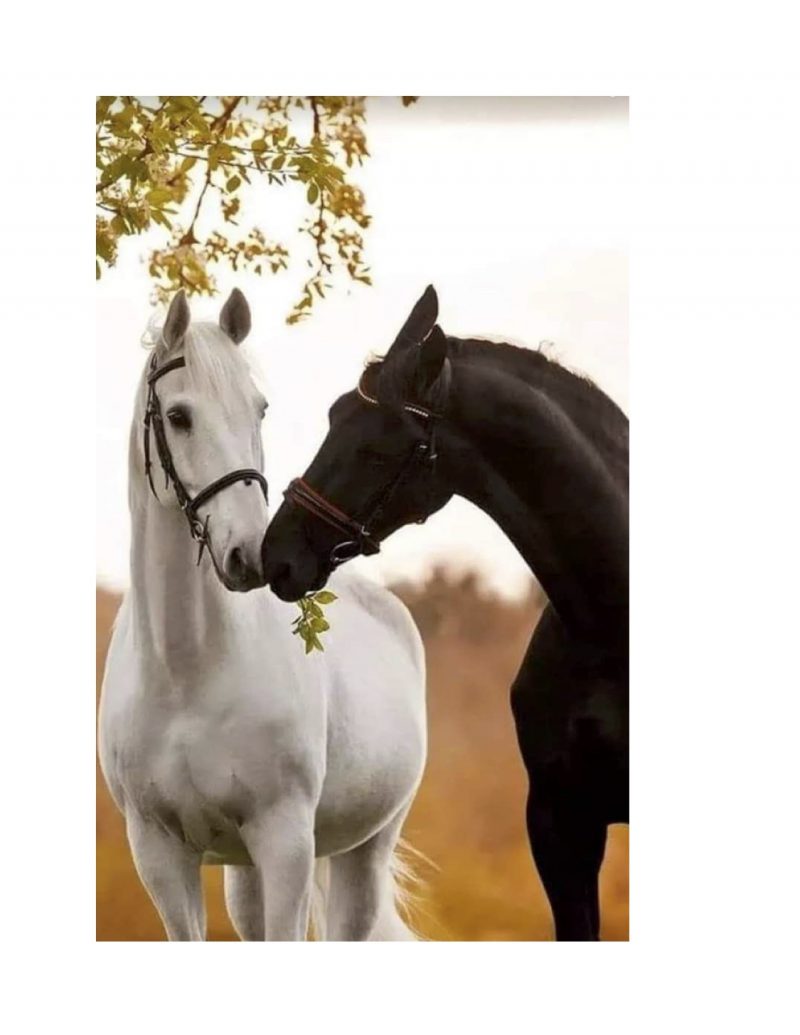 So it’s several months before Covid-19 spreads over the world like the Reaper’s cloak. A stateside friend calls and proposes we meet up and take a trip. He has it all planned. We meet in Madrid, rent a car and drive west to Valladolid, a city on the edge of Spain’s central plateau. Its name, Val-la-do-lid, “sang” to him, he said. Originally from Columbia, he longed to experience the city’s cumbia tradition, a musical fusion of Spanish, African slave, and Columbian indigenous rhythms alive in the city’s many festivals. The music, imported to Spain by returning Spanish soldiers, quickly became an integral thread in the city’s cultural fabric. What we did after Valladolid he didn’t care.

As official navigator, I approved the plan under two conditions. I’d bring along a copy of The Heretic, a 1990s novel of the Inquisition by Delibes. When there I’d check out the various locations mentioned in it. No one dare call themselves a Spanophile without acknowledging the historical impact of the auto-da-fé on the Spanish psyche. Scholars including Charles S. Braden point to it as one impetus for the country’s strict separation of church and state; the other, of course, was the Church’s not-so-tacit support of Generalissimo Franco’s fascist regime, which ended with his death in 1978. The notion of Spain as a Catholic country is overstated. Its dedication to Catholicism when closely observed is surprisingly nominal. No more Torquemada’s, thank you! My second condition was that after Valladolid, we make a sharp left down to Jerez (Jereth to the initiated), where we’d partake in some significant sampling of its world-renowned sherry. My friend agreed and the following month we were off.

Jerez is a stone’s throw from a place too long ignored on my bucket list. Yeguada de la Cartuja, Hierro del Bocado, the prolix monikered breeding farm of the famed Carthusian horse, the purest strain of the Andalucian. I have a “thing” for horses in general. But Spanish horses? Be still my heart! They dance and prance through my dreams.

Cartuja itself sits on seven acres of rolling landscape adjacent to a 15th-century monastery, There, long-departed Carthusian monks first bred the majestic beasts and ensured their preservation. The Yeguada plays host to thousands of visitors each year. A guided tour costs about  $20 U.S.

One morning, after an evening of sherry sampling, my friend and I decided it was time to visit Cartuja. Armed with a few cursory directions from our maid and a typically convoluted Spanish road map, we were off. My friend had suggested we take a tour via bus, a proposal I refused to dignify with an answer. In my opinion, bus tours are anathema to serious exploration. No one learns much of anything on a bus tour. After several false starts we finally found Avenida de Medina Sidonia; from there a series of small pink Yeguada signs, dropped like bread crumbs, lead us around several rotondas (traffic circles are a Spanish obsession) to the main Autovia and southbound toward Cartuja.

It is important here to understand that Cartuja is anything but a tourist attraction. Going there is like going to church with a significantly better spiritual result.  The place itself exists like an enchanted Brigadoon in the mists of time. You don’t see it, you feel it somewhere deep where memories are stored and remain forever. I first sensed this upon driving up the service road leading to the main entrance. Under a spreading carob tree two magnificent residents stood spooning, heads and necks lovingly entwined. Equine foreplay? Perhaps. The lovers stopped for a moment, looked over at us then promptly returned to their affections. Cartuja’s entire lexicon was captured in that moment—nature at its fullest with a mystical quality specific to sacred places.

My friend and I took the guided tour. You must to get the full impact of the place. Our guide, Alita, was knowledgeable and I learned a lot about horse breeding, Spanish style, with complete regard for the animals she referred to as “national treasures.” The way she spoke of them bore testament to what Cartuja is all about: homage to a centuries-old tradition and to the Carthusian line itself.

I won’t include specifics about the tour. Cartuja’s website does a nice job of that. I will say, in retrospect, when I think of Cartuja, tour is the last word that comes to mind. Intense experience is more like it: stroking the faces of rambunctious colts; laughing at the insistent whinnying of stallions sensing mares; watching with emotion as two bolero-topped caballeros gently attend to pregnant mares. Moving along behind Alita I recalled an afternoon at the Musee de l’Orangerie in Paris. I was viewing Monet’s The Lily Pond. In the room’s center sits a circular bench; on it, a tourist grimaced and rubbed her aching feet. Glancing about the room she called out to her group, “They (the painted panels) all look the same to me.”  Clearly, she missed the nuance of diminishing light. For the same reason, she’d be wasting her time at Cartuja if all she saw were horses. To be honest, I don’t think I grasped the full emotional impact of Cartuja until the end when Alita led us into a large open-air arena. There, for about an hour, an allegory played out that brought the fullness of the experience into perspective.

A diary entry I wrote immediately afterward conveys the experience better than I can now at a distance.

…a distant sound of thunder abbreviated our conversation. Everyone in the grandstand turned toward two massive iron gates. Swinging wide, the gates disgorged a charging herd of thirty magnificent stallions. The crowd gasped. Wildly the stallions charged about the arena, their movement guided by the snap of their trainer’s whip on the soft earthen floor…through the gates a gang of rowdy young colts came running and stomping; the trainer eyed them carefully for signs their play might be getting out of hand. Like the stallions, they too exited wildly, charging full force up a hill to the security of their corral… A few moments passed and the soft strains of Rodrigo’s Concierto de Aranjuez came drifting softly from a booth above the arena. Once again the gates flew open; through them, a herd of twenty or so mares strode slowly in. Behind them, a trainer gently nudged along a group of spindly-legged foals.  By instinct, each found its mother and immediately began to suckle. One foal, looking a bit lost, was gently guided to the only mare without her child. Accept for the music, you could hear a pin drop from an audience of two-hundred completely immersed in the soulful enormity of the moment.

In Spain, there is a concept without definition in any other language. It’s called, Duende. If you ask a Spaniard they are likely to describe it as soul, whose meaning under the most learned scrutiny is equally elusive. For the true nature of Duende – and believe me, I’ve delved into this until my head hurt —  is incapable of knowing in the usual way. It’s like reading Andrew Watts but never discovering the nature of Buddhism. Cartuja is like that. It is no accident that the website Poetry in Translation chooses the powerful Three Horses in a Stormy Landscape by British painter, Charles Towne (1763-1840) to illustrate martyred Spanish poet Frederico Garcia Llorca’s Theory and Play of the Duende.  Powerful in the inexplicable emotions it evokes, Cartuja is the synonym for Duende.

Sue Maccia has been a copywriter and editor in the New York publishing scene for over twenty years. She has taught creative writing at Stroudsberg University, Stroudsberg, PA in its Upward Bound Program and has worked both as a news and feature journalist for several major dailies. As head copywriter, she served as Spanish Language Film Acquisitions Coordinator for Films for the Humanities and Sciences in Princeton, NJ. Fiction awards include first honorable mention from the Quincy Writer’s Guild for her short fiction, “Ruins.” She has most recently published articles internationally in The Literary Traveler, Guidepost, Spain’s premier English language publication, and Go World Travel. Ms Maccia divides her time between her home in Southern California and Seville, Spain. 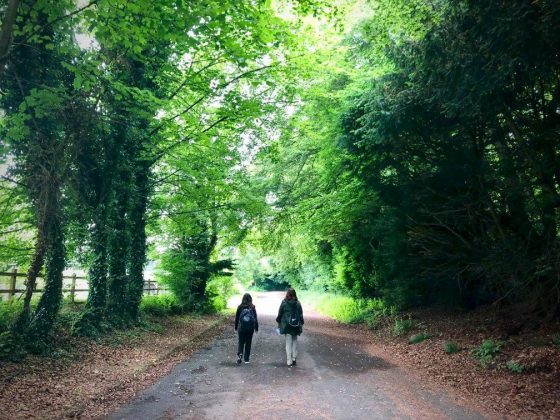 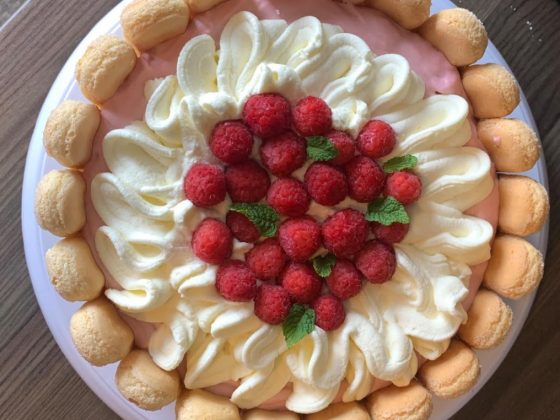