By Marlene Georges and Hayley Brady

Have you ever wondered about the world that inspired Jane Austen? How did she develop sophisticated characters like Emma and Mr. Darcy, detailed settings dotted with country manors, and captivating stories where pride and prejudice collide? As my friend Hayley and I (Marlene) strolled the trails of Jane Austen one June, we caught a glimpse of the world of the beloved author. We breathed the same air, trudged through sheep farms, and basked in the beauty of nature.

Hayley and I each took away something different from our experience in Chawton. Hayley’s love and respect for Jane and her characters deepened, while my writing kicked into overdrive.

Taking our inspiration from Jane’s daily walks, Marlene and I, and a few other graduate students, spent the afternoon hiking Jane’s circular four-mile path beginning and ending at her home—now a museum in Chawton. Jane loved walking so much that her biographer—George Tucker—described her as a desperate walker. In her letters from 1805 and 1806, Jane reported that “we do nothing but walk about” and “we walk a great deal.” Similarly, Jane’s characters share her love of walking, especially the walks in the country. She generously peppers her novels with walking scenes, sometimes to drive the plot forward and sometimes to cement the bond between characters.

As our fellowship struck out from the Jane Austin Museum in Chawton, we saw what the Dashwood sisters, Elinor and Marianne, saw. “Beyond the entrance of the valley…open[ed] a long stretch of road” (Sense and Sensibility, 117). Like Elizabeth Bennet, described as an excellent walker (35), we crossed “field after field at a quick pace, jumping over stiles and springing over puddles” (Pride and Prejudice, 35), causing our faces to glow. We traversed unknown lanes, wandered over fields, and strolled along wooded paths. As we lingered to smell the English roses and peonies that lined the lanes of the Farringdon village, the pungent smell of sheep and ba-a-aing lambs tickled us until our bellies shook. Sometimes, we walked “without knowing in what direction” we went, and at times, the scenery blinded us bookworms with “too much to be thought, and felt, and said.” (Pride and Prejudice, 266‒67).

The idyllic English footpaths seized our imaginations much like gothic novels seized Catherine Morland’s imagination in Northanger Abbey. We speculated about whether this road inspired Jane to pen a scene with Emma and Harriet walking to Highbury. Could this place represent where Anne Elliot imagined Captain Wentworth walking? Is that Darcy up ahead?

To be honest, I imagine we looked more like lost sheep than excellent walkers on our country ramble. But kind souls, on more than one occasion, guided our footsteps, adding to the charm.

We stumbled onto the remains of a gothic churchyard from the twelfth century, dotted with the twisted yews. One such tree stood like a sentinel over the graveyard, where it had kept watch for more than two thousand years.

Next, the clanging of horseshoes on pavement welcomed us into a village reminiscent of every cozy murder mystery in the Midsomer Murder series. Spotting a pub caused us to salivate, anticipating a cold drink—but alas!—the sign on the pub said “closed.”

As did Jane’s characters’ strolls, our walk strengthen our social bonds. The openness of the countryside inspired an openness in our talk and in our hearts. Similarly, one found one’s stride pairing well with another. The walk transformed new acquaintance into friend, and small talk to sharing dreams. Walking where Jane strolled sharpened old thoughts and planted seeds of new adventures into our heads. And we sighed with satisfaction as we sunk into the bus seats after our long trek. In the words of Mary Musgrove, we find ourselves “very fond of a long walk.” (Persuasion, 83).

As a writer, I (Marlene) often make a conscious effort to block out the noises that inundate my mind: work, people, and traffic. If not, the sounds clog my imagination, preventing me from writing. The Jane Austen trail, however, provided me with the right amount of noise-to-tranquility ratio. Besides engaging in stimulating conversations with my classmates, I wanted to perch myself up against a tree and type all the thoughts that poured into my mind. I partook of the same gift Jane received, the perfect writing environment.

I felt flabbergasted by the simplicity of Jane’s home, her trail, and the beauty all around me. The near-by church evoked images of weddings, funerals, and Sunday services. The green grass brought thoughts of life-giving sustenance to animals, bloody battles between warring towns, and budding romances. I longed for what Jane had. I knew for certain that, if given the opportunity to dwell within this town, I could pen the next great novel.

As we continued along the trail, we passed horses and grazing sheep. I wondered what stories these animals could share of their human owners and the stories within their own animal community. I also smiled over the many ways personification could take form. I imagined sheep gossiping about another owner’s flock who crossed into a forbidden pasture, falling in love with the most sought-after male sheep. I pictured a thoroughbred horse scoffing at another steed of a lesser breed, knowing no one could ever overshadow him.

In addition to nature, the sky and the weather elicited poetic thoughts involving pathetic fallacy. The wind danced with the trees. The clouds held back their tears. The sun refused to come out and play. Yes, Jane’s trail brought more to me than I had expected. I entertained thoughts never explored. I felt invigorated. I wrote a story in my head.

As we continued our stroll along the trail, I shuffled in and out of conversations. I conversed when engaged, but I often eavesdropped in the chattering of strangers. Shame did not overtake me. I inclined my ear to appreciate the British dialect and the colloquial conversations of the locals. I also observed their mannerisms. How did they greet one another, hold their tea, eat, laugh, and embrace? Jane must have examined those she met or passed by, using her trail time to create characters by incorporating various traits. I contemplated developing an austere male British character who encounters a rambunctious female American with no compunctions in her antics.

The trail provided me with more than just a temporary peek into Jane’s writing world—it also gave me a glimpse into a world of perfection. At least, I viewed it as perfection. If a flaw did exist, which I have no doubt that it did, I chose to remain ignorant. Jane’s walk liberated my creativity. I broke the chains of any set rules or regulations. If I wanted a band of Japanese ninjas fighting against the British military, I had the freedom to create them. Not that I did. But I could have done.

Finally, the Jane Austen trail provided me with something I often long for, the absence of technological interference. Yes, we used our phones to take pictures, but no one talked on the phone or texted. We spoke using our lips and provided eye-contact. Also, I encountered few vehicles, which meant I breathed fresh air as opposed to carbon monoxide.

My life gained purpose on my four-mile journey. My stress level plummeted. All writers should experience this trail or one like it—one that evokes the same creative juices and imagination that I experienced. The walks helped make Jane a success, so imagine what they might do for us.

Hayley advises: Step into the story. Experience the bucolic setting of Jane Austen’s world and characters with your own two feet. Exit the theater of your mind and access the outdoor stage upon which your favorite characters and author walked. As Jane Austen quipped in Sense and Sensibility, what we choose to do or fail to do, forms one’s character. So, take Jane’s advice. Stick a bookmark in our hectic travel plans and walk in Jane’s literary footstep over the cross-country trail in Chawton, England. As you tread the same paths as she did, you will journey into the halcyon days of thatched cottages, country manors, quaint villages, country farms, ancient churches, and English gardens. Open the map of the Chawton literary walking trail and open your imagination.

You can find a map online (https://www.visit-hampshire.co.uk/things-to-do/jane-austen) of the 4.5-mile circular walk in the heart of Jane Austen country. Start at Jane Austen’s House in Chawton, and follow in her footsteps across fields and through the village of Farringdon. Be sure to wear sturdy shoes.

Hayley Brady hails from North Carolina, loves eating BBQ, traveling, and reading. She graduated from the University of North Carolina at Chapel Hill with a Bachelor of Arts in Political Science and a Juris Doctorate. After receiving a Master of Theology degree from Dallas Theological Seminary, she began working as a chaplain at a trauma hospital, where she still works today.

Marlene Georges hails from Louisiana, enjoys reading, writing, and traveling. She graduated from Loyola University (New Orleans) with a double major in Business Administration, concentrating in international business and management. In pursuit of her passion for writing, she graduated with a Master of Arts degree from Dallas Theology Seminary. Marlene currently works as an operations coordinator for a logistics company. 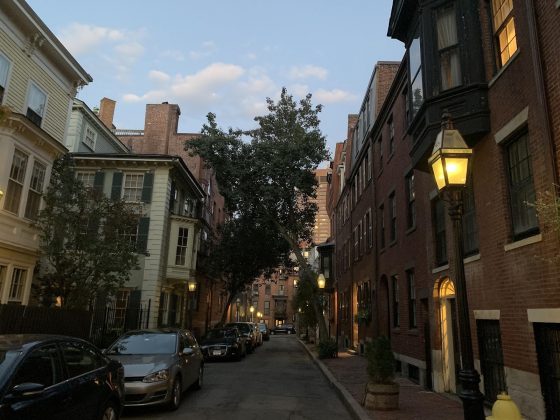 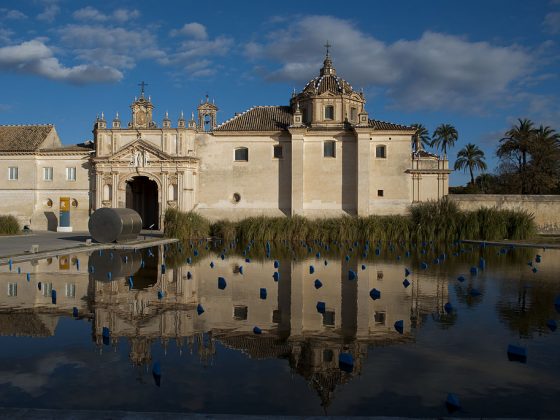