Lying awake in Santiago Atitlán, Guatemala, my wife’s body tucked against my side, I
suffered a horrible confrontation with what Albert Camus would have termed the absurd. The
fibers connecting my consciousness to the universe seemed to have dissolved, and my “self,” the
collection of perceptions and ideas I’d always taken to be “me,” felt a random historical accident.
I managed to fall asleep eventually, and upon waking up in the morning I set about examining
the strange, shattered sensation.

This was in October of 2021. We were well into the pandemic, and I was flailing about on
Google Docs in a desperate attempt to finally write a novel about Guatemala, my adopted home.
I was also struggling to make sense of the universe, my lifelong agnosticism all the less
satisfying alongside my wife’s ardent Catholicism. Denied faith by my secular mentality, I was
left to read my books, write my inchoate chapters, and stare plaintively at the natural beauty
around me — the watery expanses, imperious volcanoes, and marble skies of Guatemala’s Lake
Atitlán — and wonder how it could all mean nothing. It was hardly surprising that such a general sense of malaise should manifest itself occasionally in shocks of acute pain.

As I sipped my morning coffee and ruminated on my unnerving experience the night
before, I tried to remain positive. In two weeks, my wife and I would depart for a long-planned,
pandemic-delayed trip through the northern parts of Guatemala. We would visit the
mangrove-lined shores of Rio Dulce, the Caribbean coast of Lívingston, and the Mayan ruins of
Petén. Along the way, I would read Legends of Guatemala, a kaleidoscopic fusion of the
country’s myths by Nobel Laureate Miguel Angel Asturias, and Severina, a novella by
contemporary Guatemalan writer Rodrigo Rey Rosa.

I was sure the trip would recalibrate my muddled mind. It turns out I was right.

***
The best part of traveling slowly is that I can parcel out quiet evenings and languorous
mornings for books that relate to my surroundings. I read most of Legends of Guatemala, a work
as dense as the jungles it describes, on the rooftop terrace of our hotel in Rio Dulce. As the
falling sun set the clouds ablaze and a neighboring church performed their music at full blast, I
immersed myself in the oneiric world of Asturias’s Guatemala — and what a vertiginous, eternal,
and beautiful world it is.

Written in 1920s France by a Guatemalan writer of Indigenous and European
ancestry, Legends of Guatemala encapsulates the cultural hopscotch that had been traversing the Atlantic for centuries. The book consists of short, poetically told myths, each set in a different time and place in Guatemalan history. Drawing as much from the author’s imagination as the country’s syncretic spiritual tradition, each myth contains an astonishing mix of images and sensations, all infused with a touch of the surrealism coursing through the European art world at the time.

One myth takes place in Atitlán — the very lakeside community in which I currently
reside — during the time of the Spanish conquest. The Mayan priests, watching the clouds gather around the neighboring volcano, declare that their war with the invaders must have ended in victory. Celebrations ensue, but the subsequent dispersal of the clouds foretells an immediate return to hostilities. The invading Spaniards overwhelm the Mayan resistance, forcing the townspeople to row across the water with their treasures.

I followed along enraptured, the preacher’s singing only a vacant hum in my ear,
mesmerized by the language but also puzzled by the muddled geography of the tale. Wait, so
which side of the bay are they living on? What volcano are they referring to? How far did they
have to row? This was a place I knew well, yet the story swirled around the familiar islands and
peninsulas with a total disregard for topographical reality.

The story ends with the revered volcano disgorging a mass of lava, stone, and earth to create a new volcano on top of the Mayan treasure. For a moment, I thought I understood. Ah, so
they were talking about one volcano, and then a second was formed. It seemed I’d learned my
lesson: When reading Asturias, don’t get too hung up on the details until the end. But then I
remembered that there are actually three volcanoes surrounding present-day Atitlán, and one of
them was still completely absent from the tale. It was then that I accepted an even deeper lesson: When reading Asturias, don’t get hung up on details, period. He dissolves his stories in the essential ambiguity of existence, detaching cause from effect so they’re just as scattered as we often experience them. His Guatemala is incomprehensible, and we 21st-century readers can
recognize a similar inscrutability in our own time and place.

Legends of Guatemala concludes with a six-part play called “Culcucán: Feather-Covered
Serpent.” I polished it off on the Caribbean coast, rushing so I could experience Tikal, our next
stop, with the entire work in my head. The play, as disjointed and captivating as the rest of the
book, centers on the worship of the Mesoamerican deity Culcucán. Often depicted as a feathered
serpent, he appears here as a representation of the sun. Each night, after a triumphant day of
lighting the Earth, the boastful god sleeps with a woman who is afterward taken to the “Trunk of
the Giants,” never to return. Asturias, his imagination fired by his country’s ancient history,
surely invented this ritual as an allusion to human sacrifice.

In the play’s final stages, a beautiful young woman named Yaí mistakenly believes she
will become Culcucán’s wife. The Macaw, wise and tricky in equal measure, warns her that
she’ll only spend a single night with the deity before meeting her end like all the other women.
Refusing to accept this fate, Yaí defies Culcucán and, on the night of their appointed rendezvous,
confounds him with wordplay rather than join him in bed.

The deity and his would-be lover disappear, yet life goes on in Asturias’s vivid
dreamscape. The sun rises the next day despite Culcucán’s apparent absence, and the world
continues “in reality and in mirrors, in men, in women, and in macaws. Each one in its world,
outside, and all united in the sleepwalking mirror of dreams.”

***
Two days after finishing Legends of Guatemala, with Yaí’s act of defiance still fresh in
my mind, my wife and I visited the Mayan ruins of Tikal. We got up early to beat the crowds,
and we were alone as we walked the jungle paths toward the largest pyramid on the site. Howler
monkeys surrounded us, hidden among the vegetation, yet ever-present with their constant roars. We arrived at the pyramid, still amazed to find ourselves alone in one of the world’s most famous archaeological sites, and climbed up the modern wooden steps. At the top, we found a setting almost overwhelming in its beauty and spiritual potency: behind us, the stone structure in which sacrificial victims like Yaí once met their fate; before us, miles and miles of lush green canopy, interrupted only by the grey peaks of neighboring temples.

In a moment of clarity, I understood the ancient need to build up, up, up toward the
heavens, toward the giver of life, toward Culcucán. How else could we lift ourselves from the
dirty fingernails, obnoxious smells, and irritable bowels of everyday existence? But Culcucán
wasn’t there anymore. He’d been defied, and then he’d been forgotten. In his place, a new figure
arose before the people of Guatemala: the god of the Spanish invaders. But now, in many parts
of the Christian world, this new god has also been defied and even forgotten, by people in
Guatemala and around the world. By people like me.

I descended the pyramid with these thoughts on my mind. Some tourists had arrived at
the base of the structure, their chatter reminding me that life went on just as it had in Asturias’
Guatemala after the defiance of Culcucán. Children were laughing, the sun was shining on the
massive stones of the pyramid. They were bare and gray, the Maya’s paint having long since
faded.
***

After our adventure in Tikal, we settled down for a relaxing few days in Flores, an island
city in the middle of Lake Petén Itzá. This is where I read Severina, Rodrigo Rey Rosa’s
compelling tale of love, theft, and literary obsession. The narrator, a bookseller and aspiring
writer, falls madly in love with an enigmatic woman named Severina who robs from his store.
Rey Rosa comes from the Roberto Bolaño school of Latin American literature in which stealing
books is a quasi-sacred rite, a rebellious response to the commercialization of the invaluable, a
purist’s demonstration that, like the biblical temple, the literary world falls outside the realm of
Mammon. The narrator, seduced as much by Severina’s bibliophilia as her sexual allure, follows
her desperately until he secures the relationship he craves. This is a love story, yet Severina’s
personality is defined by little more than a preternatural relish for reading. One can only assume
that the object of this romance isn’t actually a woman named Severina, but literature itself.

At one point, Rey Rosa’s narrator expresses his desire to live, like Severina, “by and for
books.” This might seem an immoderate aspiration, but I identified with it immediately. Sitting
on our hotel’s patio, the tropical lake unfurling itself before me, I realized, I, too, want to live ‘by
and for books.’ I seek meaning in what I read, and then I pass it on by producing work of my
own. All readers and writers, from distant ages down to the present day, have acted
principally as conduits of interpreted meaning, and we’re all members of a certain tradition, a
certain cult, a certain…religion.
A certain religion.
I had made the critical connection.

When Catholicism arrived in Guatemala, it didn’t replace the Mayan religion once and
for all. Remnants of the old spirituality remained prominent, a fact Asturias’s syncretic tales
make clear. And now, even as much of the secular world leaves the Christian faith behind,
mythology hasn’t disappeared. We see it all around us, in the chanting crowds at football games,
in the lines of people eager for an autograph from their favorite singer, and, yes, in the folks
curled up in armchairs with printed pages pressed to their faces. Mythology is still as prevalent
as ever. It’s just been fragmented.

For my part, I’m now certain that my life has meaning. I read and write every day,
engaging in a world of beauty and ideas that only enhances the relationships I form with my
neighbors, the love I feel for my wife, and the shimmer of sunlight on the lake beside my home.
Asturias may have shown that Yaí defied Culcucán, and Nietzsche might have said that
God is dead. But that’s okay. I’m joining both writers by constructing meaning within the
mythology of literature, confident it’s a tradition in which even Sisyphus, the most belabored
member of our club, might manage the occasional smile.

Benjamin Clabault is a freelance writer from Sandwich, Massachusetts. His short fiction has appeared in Misery Tourism and the Inlandia Journal. A lifelong traveler, he traversed much of Latin America before settling in Santiago Atitlán, Guatemala. His work can be found at benjaminclabault.webnode.com. 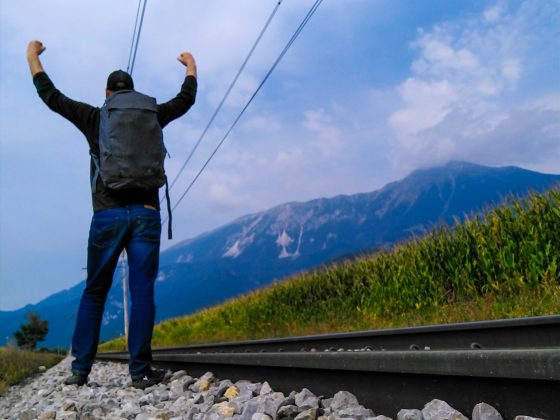 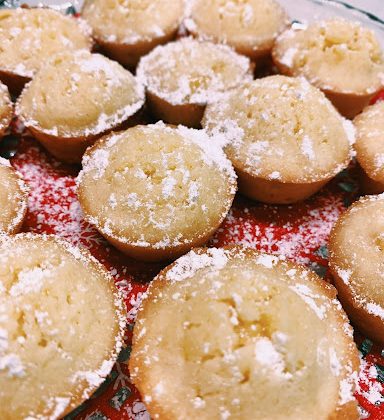