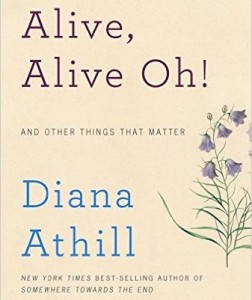 At 97 years old, Diana Athill has a lot of story to tell. Biographical details alone will tell you that those 97 years were significant; as an editor with Andre Deutsch for 50 years, she worked with such literary figures as John Updike, Margaret Atwood, and Jack Kerouac. Yet in her newest memoir, Alive, Alive Oh! And Other Things That Mattered, none of these professional accomplishments are mentioned. Instead, she has found that taking on the mantle of “Old Woman” (something that took well into her seventies) invites a new kind of remembering, something she had not experienced when still thinking of herself as a sexual being. “The things floating out of the past did often still include events which involved men,” she writes, “but just as often, and just as pleasurably, they were images of places and objects: all the most beautiful places and things that I once experienced.”

Athill’s writing is joyous in this discovery. Alive, Alive Oh! is not a continuous narrative but a collection of essays written over the last decade, linked by a few common events and Athill’s tangible love of life. Though she speaks candidly about the difficulties of aging, both physically and emotionally, it is never something to be lamented. When she must move into an assisted living home, away from her beloved gardens, she and her new housemates make a garden of their own. When she becomes too wobbly to stay on her feet for long periods of time, she takes to her wheelchair with delight. “Nothing could be more deliciously luxurious,” she writes, “than being pushed around a really thrilling and crowded exhibition in a wheelchair.”

This positivity, at times, has the deceptive quality of making the reader think that Athill has lived a charmed life. In the book’s opening essay, she talks about her grandparent’s garden, which just so happened to be part of palatial estate currently owned by nobility. Trips to Italy and the Caribbean certainly add to the idea that Athill’s life has been one of unusual privilege. Yet it quickly becomes clear that, while she had some advantages in this regard, it is the exuberant insight in her thoughtful, beautifully descriptive writing that makes her life seem so blessed.

In one essay, Athill describes the paralysis of the English psyche during World War II. In another, she chronicles her difficult decision to give up her possessions and independence to move into her assisted living home, largely so that she would not become a burden to her loved ones. And in the essay for which the book is named, Athill recounts a brutal miscarriage she endured in her forties, one that took a much-wanted pregnancy and nearly killed her. Yet even in the direct aftermath, even though she does not shy from the difficulties of this situation, Athill can only exclaim her renewed appreciation for the life she nearly lost. It does not feel sappy or overly sentimental. It simply feels true.

This is perhaps Athill’s greatest accomplishment in Alive, Alive Oh!. Her writing is intelligent, vivid, and expertly blends the joys and sorrows of life in such a way that is optimistic without being saccharine. It is even occasionally political, discussing post-colonialism in Tobago and the benefits of the UK’s National Health Service. Reaching her late 90s does not seem to have dulled Athill’s mind or abilities at all; the clarity of a life well lived has instead made them stronger. “Apart from a few setbacks, I have been lucky all my life,” she says. We should all hope to be so lucky. 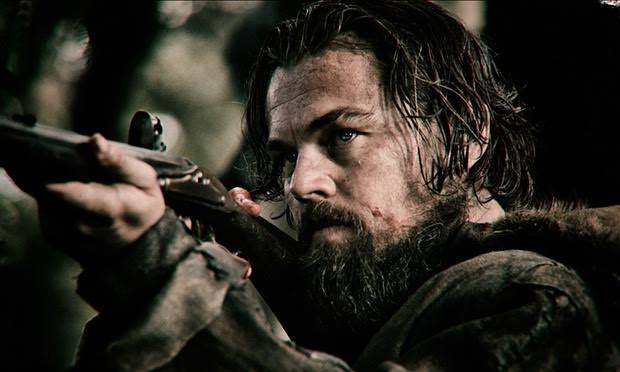 The 2016 Literary Fauxscars: And the Oscar goes to… 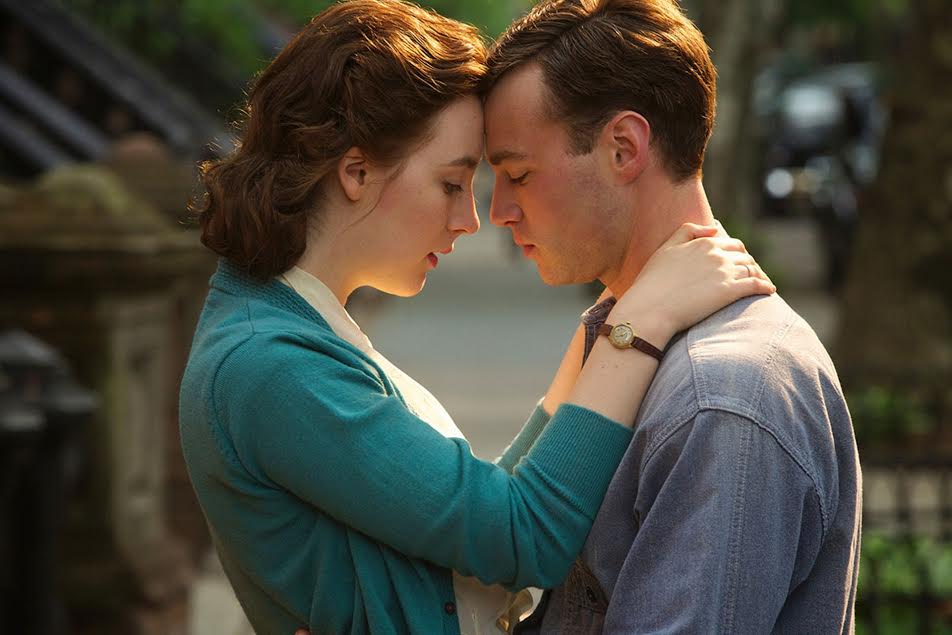 Brooklyn: A Fable About Emigration Told from the Heart