In the ways that some writers are remembered for their writings and ramblings in certain corners of the earth, Jack London’s name evokes images of the Yukon, California locales, and the South Seas. Yet one of London’s most adventurous forays abroad is a small footnote in his literary achievements. London covered the Russo-Japanese War as a correspondent in Korea. He journeyed across three different seas under hellish conditions, crossed the rugged mountainous terrain of Korea, and fought bureaucrats along the way, which included some jail time.

His experience on the Korean peninsula culminated in The Star Rover, which was written in 1915 and was the last of his fifty books. The most interesting chapter for connoisseurs of Korean-related literature is the story of Englishman Adam Strang, and it is in this chapter that London displays his uncanny descriptive powers of everyday Korea, making some of the same observations that correspondents and travel writers still make today.

London was 28-years old when he arrived in Tokyo representing Hearst newspapers.  He and his fellow war correspondents were ordered by the Japanese authorities not to leave the city. Frustrated by being away from the action, London eventually slipped away and boarded an overnight steamer to Busan. With no sleeping rooms open, he spent the night on the frozen deck and it was a prelude to his journey ahead.

Like nearly all postwar South Korea, Busan has modernized to an unrecognizable version of what it once was. There are few traditional buildings left, and in their place are canyons of high rise cement apartment blocks, a thriving mix of industry and neighborhoods of neon signs. It is still a port city with some city-by-the-bay characteristics, which is representative of London’s experience. The Jalgalchi fish market is still in existence and the fish, squid and octopus are chopped up on bloody planks while wharf rats scurry underfoot.  Busan is known for a rumble-tumble dialect and the influx of foreign sailors that mix it up with the pimps, whores, and American soldiers down on Texas Street, an infamous nightspot.

In Busan, London took another steamer en route to Chemulpo (the chosen Dynasty name for the city of Incheon), but the Japanese military seized the ship at Mokpo and all passengers were removed and left to make their own plans ashore. Not to be left out of the war action he had to report, London bought a Korean junk and hired some local fishermen to help him sail up the coast of the Yellow Sea.  In his earlier years, London was an oyster pilot and an experienced sailor and those skills must have served him well, since in his journal he writes,  “Saturday, February 13, 1904: Driving snow squalls. Gale pounding the whole Yellow Sea upon us. So cold that it freezes salt water. O, this is a wild and bitter coast.”  And later in the Star Rover, he wrote, “We could glimpse the forbidding coast, if coast it might be called, so broken was it. There were grim rock isles and islets beyond counting, dim snow-covered ranges beyond, and everywhere upstanding cliffs too steep for snow, outjuts of headlands, and pinnacles and slivers of rock upthrust from the boiling sea.”

When he arrived at Incheon, he was a frozen and physical wreck, but soon he was moving north with the Japanese First Army towards Manchuria. Five decades later, General Douglas MacArthur would make a daring amphibious landing at the same harbor and turn the tide of the Korean War in favor of United Nations forces.  Like in London’s time, Incheon is a city where nearly all travelers pass.  It is home to Korea’s new international airport and deemed as one of the country’s logistics bases for shipping.

London recorded the first battle between the Japanese and Russians near Pyeongyang, using rice paper to take notes. London was arrested for getting too far ahead of the war correspondent pack, and was transferred to an army prison near Seoul.  When other foreign war correspondents arrived in Korea, he was released.  Once back in the field, he sent home dispatches of the Yalu river advance and they were the first photographs of the war to be published in the United States.

London’s tenacious war correspondence ended in a bizarre incident.  When he found a Japanese man stealing feed from his horse, he attacked the man and once again he was arrested by the Japanese military authorities, with the possibility of the death penalty.  Another foreign journalist, Richard Harding Davis, cabled Theodore Roosevelt.  The American president intervened and London was released on the condition that he’d leave Korea immediately. London accepted the offer for his release and sailed back to San Francisco, having written more dispatches than any other journalist covering the war.

Later in The Star Rover, London mines his experiences in Korea to write a fantasy adventure tale of an agriculture professor, serving a life sentence for murdering a colleague. After a jailbreak conspiracy is discovered, the main character is tortured and locked into a straitjacket for days at a time. During these jacketed periods, he falls into a dreamlike state where he recounts tales of astral travel by inhabiting former lives in history.  He becomes a Parisian count killed in a duel, an eight year old boy enduring wagon trail hardships in the American West; an observer in ancient Rome watching the rise of Jesus, and a man lost in the Artic sea trapped on an iceberg.

The most intriguing literary device about this chapter is that he appropriates the real life story of Hendrick Hamel, the Danish sailor that was shipwrecked on Jeju Island in 1653 and spent 13 years in Korea. Later, Hamel wrote a book about his experience and it is considered to be the first written account of Korea through the eyes of a Westerner.

London borrows heavily with Hamel’s story, and even includes Hamel as a minor character.  The mirroring of Hamel’s journal in The Star Rover is so obvious and detailed that it pushes literary license in the area of historical fiction. However, London only uses Hamel’s written account as a starting point and theme, and turns to his imagination to create a plot of political intrigue and revenge, much unlike the true life story of Hendrick Hamel.

Adam Strang, London’s protagonist, describes Korea’s most famous food, kimchi, “. . . the pickles ungodly hot but which one learns to like exceeding well,” he continues later, “It is a sort of sauerkraut. When it is spoiled it stinks to heaven. I tell you, when I was Adam Strang, I ate kimchi thousands of times. I know good kimchi, bad kimchi, rotten kimchi. I know the best kimchi is made by the women of Wosan.”

London perfectly defines a farmer’s rice swill called makkoli, “. . . there was a warm, sourish, milky-looking drink, heady only when taken in enormous doses. After guzzling I swear gallons of it, I got singing drunk . . . and his description of soju, a clear, colorless liquor, is just as accurate, “. . . white, biting stuff distilled from rice, a pint of which would kill a weakling and make a strong man mad and merry.”

In 1898, Isabella Bird Bishop published Korea and Her Neighbours, and in the book she called the Korean aristocrats licensed vampires. A few years later, London shared the same sentiments about the ruling class, “[He] was a yang-ban, or noble; also, he was what might be called magistrate or governor of the district or province. This means that his office was appointive, and that he was a tithe squeezer or tax farmer.”

A common sight among travelers that visit Buddhist temples and the ancient places are the haetae statues. They are a mythical creature that is a cross between a lion and a dog.  Used as guardians against fires and disasters, they also symbolize justice.  London described them as such,  “In the great open space before the palace wall were colossal stone dogs that looked more like tortoises. They crouched on massive stone pedestals of twice the height of a tall man.”

After his encounter with the Korean aristocrats takes an unexpected turn, Strang is exiled to the Korean hinterlands and forced to live as a beggar and laborer. He describes a gruesome scene that can still be seen today in Seouls Moran Market and other areas of the country.  “In far Wiju I became a dog butcher, killing the brutes before my open stall, cutting and hanging the carcasses for sale, tanning the hides under the filth of the feet of the passers-by spreading the hides, raw-side up, in the muck of the street.”

The foreign correspondents covering the news on the Korean peninsula can still catch glimpses of what it was like when London was in the country. South Korea’s rush to modernize extinguished so many remnants of the old days, but in the countryside, the makkoli and soju is still knocked back by farmers that cultivate three hundred year-old rice paddies. The foreboding sea cliffs that threatened London on his journey still smash up plenty of fishing boats during the annual typhoon season. And in some families, grandmothers swear that their homemade kimchi is exactly the same as their mother’s and grandmother’s handed-down recipe, the same kimchi London developed a taste for.

James Card is a freelance writer living and working in South Korea. 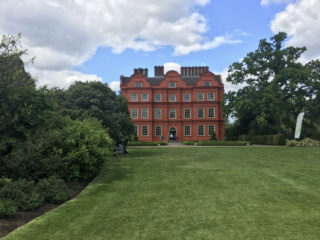