“On its round border it bore the letters, Republica del Ecuador: Quito. So this bright coin came from a country planted in the middle of the world, and beneath the great equator, and named after it; and it had been cast midway up the Andes, in the unwaning clime that knows no autumn.”

Often mistaken for a Spanish doubloon, the gold coin Captain Ahab affixes to the mast of the Pequod originates in the Republic of Ecuador (long after they gained their independence from Spain). Specifically minted in this South American country’s capital of Quito, the one-ounce gold piece was forged between 1838 and 1843 and goes by the name of the Ecuadorian 8 Escudos doubloon. In Melville’s novel, the coin is revered because of its aesthetic, crisply-defined minting that illustrates the country’s rich culture.

The so-called “Moby Dick Coin” carries additional significance in the novel’s plot, considering Captain Ahab leverages it as a reward for the first man to help him exact his revenge on the sperm whale that bit off his leg. To overlook the origin of this glorified coin would be to diminish its significance and ignore the culturally-specific beauty which Melville describes when speaking of the doubloon. Melville illustrates the features of this Ecuadorian coin in the following passage:

“Now those golden coins of South America are as medals of the sun and tropic token-pieces. Here palms, alpacas, and volcanoes; sun’s disks and stars, ecliptics, horns-of-plenty, and rich banners waving, are in luxuriant profusion stamped; so that the precious gold seems almost to derive an added preciousness and enhancing glories, by passing through those fancy mints, so Spanishly poetic.”

Quito, the true origin of the Moby Dick coin, is the second-highest capital city in the world, sitting at nearly 10,000 feet above sea level. It is the closest capital city to the equator (as close as half a mile south) and rests on the eastern edge of Pichincha, an active stratovolcano of the Andes Mountains. Quito is truly a historic center of the country, as it remains one of the least-altered and best-preserved of the continent and was even declared the first world cultural heritage site by the United Nations Educational, Scientific, and Cultural Organization.

Originally named San Francisco de Quito, this city was birthed in 1541 by Spanish conquistadors. After nearly 300 years of Spanish colonization and several attempted uprisings, the city finally won its independence in 1822 when Antonio Jose de Sucre and Simon Bolivar led troops into the Battle of Pichincha on the slopes of the volcano.

Today, Quito’s population exceeds two million and has evolved considerably while retaining a strong sense of heritage. Having traveled there over a dozen times myself, I firmly endorse that visitors of this capital city will experience a rich cultural immersion at every turn. Regardless of where you are located in the city, you can likely see breathtaking views of the snow-capped peaks of the Andes mountains surrounding Quito. Even more, within minutes of arriving at the capital, you can find yourself completely immersed in the tradition and culture of this beautiful country.

There are more than a handful of destinations in Ecuador that are worth exploring.  Included in this list are the infamous hot springs in Banos and the nature-filled wonder of the Galapagos Islands.  However,  the first that comes to min–and ultimately the most quintessential of them–is Quito. There are several “can’t miss” places to see in Quito that are iconic, historic, and culturally-rich. The list includes the Mitad Del Mundo, Plaza Grande, La Compania de Jesus, the Teleferiqo, the Basilico del Voto Nacional, Cotopaxi National Park, and the nearby indigenous town of Otavalo.

About 15 miles from the city’s center lies the Mitad del Mundo (translated to the center of the world), a stone monument and historical site marking the location of the equator. Entrance to the park grounds affords you access to several exhibitions and museums covering historical topics such as ancestral homes, cocoa production in Ecuador, artisanal beer, a planetarium, and much more. Through the various displays, recreations, exhibits, and shops, you walk away with an introductory understanding of the indigenous population of this country and their role in shaping its culture as well as a rundown of the facts and fiction surrounding the equator.

The Old Town section of Quito features classic Spanish architecture dating back to the 16th century as well as iconic historical and religious sites. The first noteworthy stop here is  La Plaza Grande, also called the Independence Plaza. This plaza is demarcated by the four structures surrounding it, each having their own cultural significance. They include the presidential palace, the municipal palace, the archbishop’s palace, and a famously ornate baroque church. The statue of the Heroes of Independence rests in the center of the plaza, commemorating Ecuador’s independence from Spain. The plaza represents a crossroads of political and religious life in the city and can be a great spot to just soak in the culture or people-watch. Every Monday morning, the President of Ecuador is present outside of the palace for a special century-old tradition called the changing of the guard, in which military personnel fully-dressed in classic garb are accompanied by decorated horses and a marching band as they sing the national anthem.

Adjacent to the plaza is La Iglesia de la Compania de Jesus, or the Church of the Jesuits. The Church of the Jesuits, which took over a century to build starting in 1605, is certainly one of the most magnificent churches in the country. It features elaborate and symbolic displays coupled with an abundance of beautiful gold–7 tons to be exact–adorning the pillars and walls. Going on the free guided tour here is both fascinating and awe-striking.

The TeleferiQo (a clever play on words of teleferico and Quito) is a gondola lift that spans from the center of the city to the eastern border of the nearby volcano, Pichincha. What makes this gondola special is that it is one of the highest in the world, reaching peak heights of nearly 13,000 feet. Riding the TeleferiQo will give you 20 minutes of breathtaking views of the city and nearby mountains until you reach the lookout point Cruz Loma at its peak. Those interested in hiking up the Pichincha volcano can start their journey from Cruz Loma, but it is also a great spot to soak in the views of the city.

The Basilica in Quito is a Roman Catholic, neo-gothic style church that was built in the late 1800s and is one of the largest basilicas on the continent. The coolest part about visiting the basilica is that you can pay about $2 to climb to the top of the dominating structure, giving you an inside look at the architecture of the basilica and its towers as well as an incredible view of the center of Quito and Old Town.

A short distance south of Quito, Cotopaxi makes for a great day trip.  It is the world’s highest active volcano, with a summit of over 19,000 feet and containing a national park dedicated to protecting local wildlife such as llamas. You can hike the trail to the Refugio that reaches nearly 15,000 feet or make your way to the laguna for majestic views.

A short distance north of Quito, visiting Otavalo is an easy day trip and is a staple of visiting the country. Here, you’ll find an authentic cultural experience representative of the traditional indigenous Ecuadorian population. Known for the Otavalo Market in the central plazaPlaza de Ponchos of this town, it marks a vibrant location where the friendly indigenous townspeople gather to sell colorful textiles and handmade crafts and paintings. In the immediate vicinity on various side streets, you’ll find plenty of small boutiques and shops where locals sell their handcrafted goods, including high-quality and affordable leather goods.

Although just one of many potential travel destinations in this small South American country, Quito ranks highly as an absolute must-see when visiting Ecuador. The city and its surrounding areas are pouring with culture and tradition, making it a beautiful and rich experience for any visitor. As Herman Melville implied in his descriptions and use of the Ecuadorian 8 Escudos doubloon, the uniquely special culture of this capital city is something to be treasured.

Matthew Morrow is the newest intern at Literary Traveler. He graduated from the College of the Holy Cross in 2016 with a bachelor’s degree in Psychology, and later obtained a master’s degree in Medical Science from Northwestern University. Growing up he spent his summers living in South America, where he developed a fascination with traveling and the richness of foreign cultures. He loves being overly friendly while traveling and unexpectedly creating lasting friendships with locals and travelers across the globe. He currently plans to divide his time between freelance writing and practicing medicine. 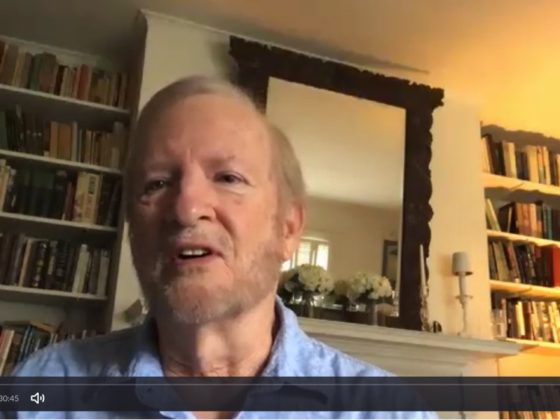 Interview with Lawrence Wells author of In Faulkner’s Shadow: A Memoir 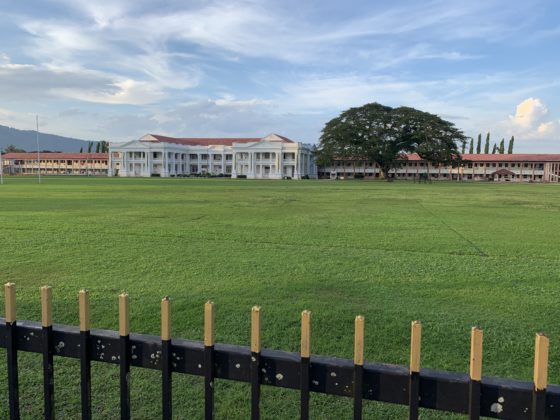