As an Irish citizen with family in the southeast corner of the country, I have visited Ireland 12 times, and yet I have a better sense — and mental map — of Paris, London and Rome than I do of Dublin.  Like many visitors, most of my time has been spent in towns and villages, ambling along the coastal countryside in a rental car or relaxing in pubs with locals. Ireland may be unique as a European tourist destination in that it attracts perhaps more visitors to its countryside than to its capital city.  But Dublin is a rich place, representing the heart of Ireland’s dichotomy — the old ways and fierce grasp on history sharing space with a new, global culture.

Literature fans traveling to Ireland immediately think of Joyce; perhaps they have visited the Martello tower, or taken one of the popular literary tours.  We delved further into Dublin’s literary history — beyond the pub-tours —  to find a few interesting spots that take you off the Bloomsday-beaten path.

Thanks to Sir Alfred Chester Beatty and his terrifically discerning collecting habits, Dublin is home to one of the most unique collections of prints, paper ephemera, manuscripts, miniature paintings and rare books that one can find.  Until August 31st, an exhibit of paintings that were once owned by Chester Beatty is on view, and includes Breton’s The Gleaners, as well as other wonderful examples of late 19th century realism and academism.  The permanent collection will satisfy most tastes and interests, as Sir Beatty had many.  View Egyptian manuscripts, illuminated manuscripts from the western world, Chinese Jade books and Japanese scrolls, and a comprehensive religious collection that includes the Biblical Papyri, copies of the Qu’ran, and Buddhist texts.  The Chester Beatty Library is not a far walk from Grafton Street, Dublin’s famed pedestrian-only route of shops, restaurants, and street musicians.  Grafton Street is certainly worth a visit, but the Chester Beatty Library is the perfect quiet pit stop for the day you plan to tackle it.

Most literary buffs also enjoy a bit of history when they travel, and a visit to the Shelbourne Hotel on St. Stephen’s Green is the perfect spot for a fix.  This grand old hotel has hosted diplomats, movie stars, political figures and other famed personalities throughout its rich history, and even has a small museum that features menus, letters and other items from the hotel during different time periods.  Guests can even ask to see old guest registers, perhaps finding the name of a relative or acquaintance who enjoyed a respite there years ago.  The aptly named “Constitution Room” hosted the drafting of the Irish Constitution in 1922 under the eyes of Michael Collins, the famed Irish revolutionary.  With five restaurants and bars, the hotel is a fantastic place to stop for a drink, tea, or bite to eat, even if you can’t afford the overnight room fee.

The tiny Marsh Library has not changed in 300 years.  Built on the order of Archbishop Narcissus Marsh in 1701, it is located behind St. Patrick’s Cathedral and is a welcome detour from the tourist trade of its neighbor.  In fact, the library is still fully functional, and welcomes researchers and readers daily for contemporary study.  The library also holds small “exhibits” such as the one currently on view featuring gorgeous examples of bookbinding through the centuries, complete with the intricate hand-tools used to create these masterpieces, which today would be done entirely on a computer. Visit the cages into which readers of smaller books were locked during their research to ensure that no one made off with the inventory.  The Marsh Library is quite close to the Chester Beatty, so if one were feeling particularly academic, both could be seen enjoyably in the same day.

A beautiful Georgian style building houses this unique museum dedicated to the craft of writing.  Lovers of Yeats, Shaw, Swift, and of course Joyce (he is everywhere), will enjoy handwritten letters and memorabilia by both well- and lesser-known Irish writers.  The museum celebrates not just literature but writing of all kinds, and even owns a chair belonging to the famed composer Handel.  Sitting just north of the Liffey River, the museum is very near the Garden of Remembrance—a beautiful space dedicated to those who gave their lives for Irish freedom.  The Garden is a peaceful, worthwhile stop to make before or after the museum, and one can make a day of it by enjoying a nice lunch nearby at The Hot Stove, a great new lunch spot in Parnell Square, or grabbing a pint at WJ Kavanaugh’s on Dorsett Street.

Ok, so we promised we were taking you off the Bloomsday path, but who can resist?  Joyce is just so much fun, and the Center will meet the approval of true fans. Open since 1996, the JJC is housed in a lovely 18th century townhouse that Joycean scholar and Senator David Norris saved from demolition in 1982. Although Joyce of course never lived here, his family lived in houses like this, and in the yard out back one can even see the door from number 7 Eccles Street, the real address (now no longer standing) of fictional Leopold Bloom in Ulysses.  There are many more treats in the form of lectures, walking tours, and special events that enhance your visit, and if you can get there for Bloomsday, well — all the better. 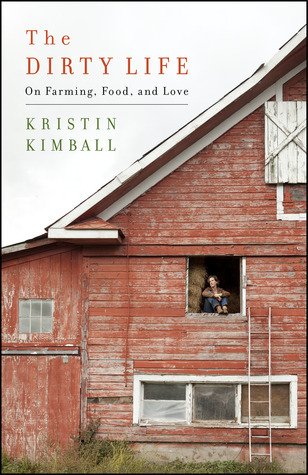 A Night in the Library: Gladstone’s Library, Wales