It was spring in Denali, which roughly translates to a mild winter day in the Lower 48. That didn’t stop the band though – they were shredding out some merry bluegrass tunes, and I was dancing in mittens and a mountaineering jacket. It was the Creekside Chili Cook-Off, the unofficial start of the tourist season in Denali and a chance for all the local seasonal workers to make their introductions.

This crusty old Alaskan named Todd came up and asked me if I had any big plans for my first summer in the Last Frontier. My philosophy at that time in my traveling life was, “No plans, no expectations, and it doesn’t matter where I go, as long as it’s not where I am,” but I didn’t want to sound like I hadn’t done my homework.

Todd groaned and threw up his hands. “Isn’t that just typical. Have you ever even SEEN a map of the Stampede Trail? What do you know about the terrain? I’m here to tell you, it’s nothin’ but hummocks and mosquitoes the size of your face. And the Teklanika River – you better cross at the right time of year, otherwise someone’s gonna have to go out and RESCUE your ass. Did you know THOUSANDS of dollars are wasted every year on search and rescue teams that have to risk their OWN lives to bail out clueless tourists who want to see the bus where that idiot killed himself?”

“Haha, okay, well, thanks for the advice!” I said, slowly backing away.

Now, to be fair, Todd wasn’t wrong. Between 2009 and 2017, 15 calls were made to search and rescue to bail out hikers who’d gotten in over their heads. Two of the hikers died, both of them under the age of 30. The problem got so bad that on June 18, 2020, the Alaska Army National Guard was called in to remove the bus. It now lives at the University of Alaska Fairbanks. But what Todd didn’t know was that I’d finished an Appalachian Trail thru-hike the year before – six months of living outdoors and carrying a 30-pound pack while walking from Georgia to Maine. Still, his words stuck with me, and I was familiar enough with the story of Chris McCandless to know that if he’d heeded the warnings of the strangers he met, he might have survived.

Ever since my first reading of Into the Wild, I’ve felt a kinship with Chris McCandless – so much so that the literary convention of referring to him by his last name seems overly stuffy. Besides, he called himself Alexander Supertramp, so I’ll go with Alex. Alex and I both attended Emory University, around 15 years apart… and apparently not much changed between his time there and mine, because we both thought it was an expensive daycare for rich teenagers. We both wanted to live out of our cars and travel around America, waking up in a different place every morning and meeting all kinds of crazy characters along the way. And after he graduated, that’s exactly what he did: Donated his savings to Oxfam, burned the money in his wallet, hopped in his Datsun and drove off into the sunset.

I got an office job.

Alex would have been so disappointed in me. But also, I didn’t have a savings account or money to burn. I had student loan debt and friends I didn’t want to leave behind. Alex traveled for two years after college. He abandoned his car in California, hitchhiked to South Dakota, and canoed from Colorado to Mexico before he finally ended up in Alaska. I spent those two years working. I drank breakroom coffee and ate lunch at my desk, checked Facebook obsessively, sat in two hours of bumper-to-bumper traffic every day on the way home, and collapsed on my couch in front of the TV every night because I was too tired and sad to do anything else. My student loan debt decreased in laughably small increments, and I never saved a dime.

Those two years extinguished a spark in me… and ultimately, I’m grateful. Sure, that spark of youthful naivete can get you through some hairy situations – like when Alex was canoeing from Colorado to Mexico. The authorities were chasing him the whole time because he didn’t have the right permits or the proper experience for some of the rapids he went down. But he survived. He must have felt invincible… but he wasn’t.

His next stop was Alaska, where he hitched a ride from Fairbanks to Healy with electrician Jim Gallien. Much as Todd tried to warn me, Gallien tried to talk Alex out of his plan to live in the Alaskan bush, even offering to buy him supplies in Anchorage. Alex didn’t listen. He ultimately ended up stranded at an abandoned bus near Denali National Park, 28 miles from Healy, from someone who could have helped him as he slowly starved to death.

That’s where that spark can get you in trouble.

When I did eventually pull myself out of my office job-induced torpor and started traveling, I still didn’t have money to burn. The key, I learned, was to work somewhere you wanted to be. The job itself doesn’t really matter: I drove an 18-wheeler, taught English in Malawi, waitressed in New York, and then found myself as a housekeeper in Denali. Like Alex, I was underprepared for Alaska. I thought it would be a bigger version of my home state of Vermont. Not so. The living is harder up there, even if your accommodations are a dorm room instead of an abandoned bus. Alaska is still wild.

Take moose, for example. We have them in New England, but they’re a rarity. My closest encounter with a moose was on the Maine section of the Appalachian Trail. It was standing in the middle of the trail , stick-thin and vacant-eyed, dying of brain worm. The spruce trees were so thick on either side that a couple of rangers had been tasked with guiding hikers around this poor creature. I edged past it, so close I could smell the miasma of sickness wafting off its rough, patchy fur. It didn’t even notice me.

Meanwhile, in Alaska, there are moose everywhere, and as far as they’re concerned, they run the place. On one of my days off, I was walking to the main road to hitch a ride to town, but there was a moose in the driveway.

No worries, I thought, I’ll just walk right past it.

As soon as I got close, it turned and took a threatening step toward me. That’s when I realized something: Moose are North American elephants. They’re big, mean, wild creatures, and this one was stepping to me.

My survival instincts kicked in… which is to say, I turned and ran into the woods, collided headfirst with a tree, and fell on my ass. The moose turned away, satisfied. The rest of the housekeeping staff, who were all out on their smoke break and saw the whole thing, had a good laugh. I just laid there and wondered what Alex would think.

He’d probably say I got off easy. On his 43rd day on the bus, he killed a moose. His pride (and excitement at all that meat) are communicated in his diary in a single word: “MOOSE!”

By the 48th day, however, his pride was extinguished: “MAGGOTS ALREADY! SMOKING APPEARS INEFFECTIVE. DON’T KNOW. LOOKS LIKE DISASTER. I NOW WISH I HAD
NEVER SHOT MOOSE. ONE OF THE GREATEST TRAGEDIES OF MY LIFE.”

My previous travel experience wasn’t enough to prevent me from having a lame summer. I was older than pretty much everybody at Creekside; they wanted to party, but I’d gotten all that out of my system when I was their age. Todd and all the other old hands scared me out of hiking by myself, and I didn’t have anyone who’d go with me. I ended up spending my magical Alaskan summer smoking pot alone in my room. I couldn’t wait to leave.

At least there was the landscape. In the five months I was in Alaska, I experienced three seasons. There was the meltoff and stubborn snowfall of spring, hauling our cleaning supplies from cabin to cabin with our breath puffing out of our mouths in clouds. There was summer, with mosquitoes and alpenglow on the Alaska Range, radioactive sunsets and Hallelujah sunrises, daylight that held on until 1 a.m., napped for a few hours, and then came back at 4 because it just couldn’t stay away. And then it was fall, and the fireweed ignited the mountainsides in great patches of orange and red.

Alex didn’t get to see the fireweed, or the weather starting to turn truly cold, the snow, the green dance of northern lights across a sky strewn with stars like iron shavings. I may have left Alaska in a slump, but sadly he left in a casket.

Sometimes I hear people say they’ve waited too long to travel. They let their past define their future, and keep putting it off because that’s what they’ve always done. And while I don’t think putting travel off indefinitely is any kind of life to live, I’m ultimately glad I waited, because every experience – even the commute, even the disappointing summer in Alaska – made me a little wiser for the waiting. 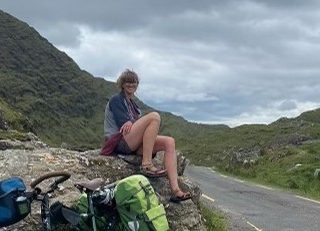 Brooke Marshall is a writer and traveler who has ridden a bicycle on seven continents. She is the author of Lucky: An African Student, An American Dream, and A Long Bike Ride (https://amzn.to/3Lo80FY). Her website is www.slimrims.com 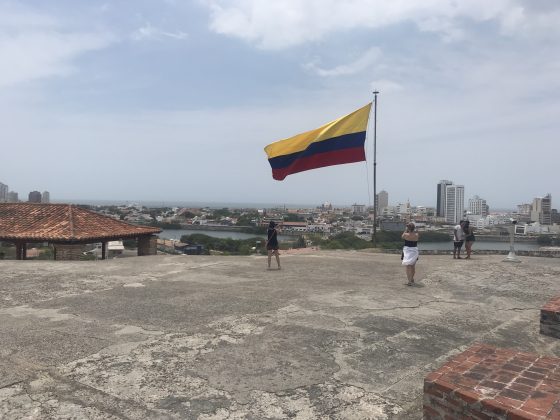 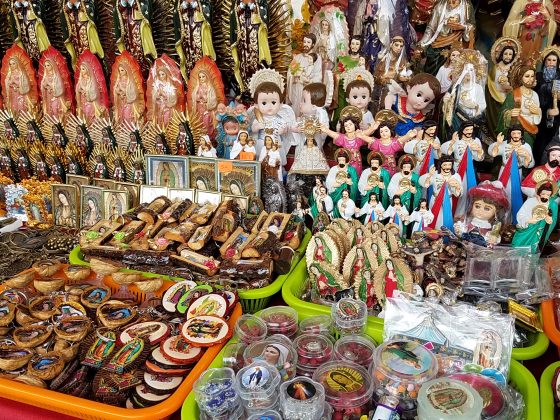