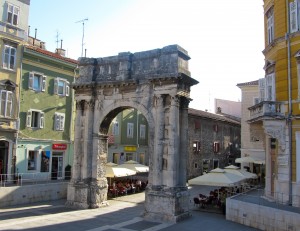 I stood in Portorata Square in Pula, Croatia, the late afternoon sun shining through the Arc of the Sergii. Today this Roman arch is still sometimes called the Golden Gate, even though the iron bars that had been gilded with gold were destroyed centuries ago.

Was this gate a way to something, or was it a way from something? How many people had marched through it in triumph since its erection in the first century B.C.? How many more had only wandered through by accident?

I hadn’t really planned to come to Pula. I had been visiting a friend in Trieste and decided on a whim to take the three hour bus ride south, because I had learned that James Joyce, for a short time, had lived in Pula, the Istrian city on the Adriatic Sea.

Joyce hadn’t really planned to come to Pula, either. While still in Dublin, he had worked hard to get an early version of Portrait of the Artist as a Young Man published. The book was refused because in it Joyce questioned the Catholic Church and rebelled against many of the mores of Ireland.

The book’s rejection angered Joyce. Feeling censored, he exiled himself from Ireland, hoping to find a better welcome for his ideas on the continent. Portrait of the Artist as a Young Man is a semi-autobiographical work. In it, the protagonist, Stephen Dedalus, speaks for Joyce in his desire to “discover the mode of life or of art whereby [the] spirit could express itself in unfettered freedom.”

Through an agent, Joyce had been promised employment teaching English at the Berlitz Language School in Zurich. But when he and his lover, Nora, arrived in Switzerland, there was no job. The Berlitz company shuttled Joyce and Nora off to Trieste, but when they discovered there was no work there, either, the couple pushed on to Pula, where finally, the Berlitz school had an opening.

The yellow building where Joyce taught is several stories tall, shadowing much of the square. A marble plaque on the wall next to the entry says, both in Croat and in English, “In 1904-05 James Joyce, the famous Irish author, taught English in this building.”

Joyce’s clients were mostly Austro-Hungarian naval officers stationed at the Pula base. Because he was earning little more than what he could live on for a sixteen hour work week, Joyce was unhappy with his situation.

I can understand Joyce’s frustration with the low wages. I also teach English as a Second Language (ESL), and even though I hold a full-time position at a small university in Virginia, I am, like so many other ESL instructors, over-worked and underpaid. But that is not the worst of it. Teaching gets in the way of writing. When you spend your time pouring yourself into your students, you don’t have the energy or creativity to focus on your craft.

Joyce’s solution to this was to talk about his own writing to his students, as well as other subjects he was interested in—politics or the cinema or music. Sometimes he even ended his lessons by singing Irish songs in his fine tenor. Since conversation is a large part of learning a language, these teaching techniques were justified. But perhaps Joyce’s constant tardiness to the lessons, or his habits of arriving inebriated and staring morosely out the window, reveal the resentment he had toward teaching and its effects on what he considered his real work—his writing. In spite of this uneven classroom behavior, Joyce was always able to keep his clients; and many students later became life-long friends and supporters.

During the few months Joyce was in Pula, the Roman arch that he walked under every day didn’t seem triumphant. To him the gate was not golden. In a letter to his aunt Joyce wrote,

I am trying to move on to Italy as soon as possible as I hate this Catholic country with its hundred races and thousand languages. . . . Pola is a back-of-God-speed place—a naval Siberia . . . . Istria is a long boring place wedged into the Adriatic peopled by ignorant Slavs who wear little red caps and colossal breeches.

While it’s clear Joyce disliked Pula, it might not be entirely the city’s fault. Throughout his life, Joyce was marked by wanderlust—a restlessness of spirit that moved him physically from place to place, and kept him almost constantly in debt. Even when Joyce and Nora were able to relocate to Trieste, their penchant for not paying the rent drove them from flat to flat throughout the city.

Unlike Joyce, I was enjoying my time in Pula. If it was an accident that I had come here, it had been a fortunate one. Still, on my own walk through Pula’s Golden Gate—truly golden in the light of the setting sun—I couldn’t quell my own questions. Was I moving toward something or away from something? And then, in frustration, I wondered why writers are prone to this kind of discontent—always wishing we were somewhere else, doing something else?

Is it because we are constantly pushing the limits of convention in our search for the freedom to express ourselves? Writers must be willing to take risks—to stand for our strong convictions or to fight against what we no longer trust.

Through his character, Stephen Dedalus, Joyce expressed it this way:

I will tell you what I will and will not do. I will not serve that in which I no longer believe, whether it call itself my home, my fatherland, or my church: and I will try to express myself in some mode of life or art as freely as I can and as wholly as I can . . . . I do not fear to be alone or to be spurned for another or to leave whatever I have to leave. And I am not afraid to make a mistake, even a great mistake, a life-long mistake, and perhaps as long as eternity, too.

I am not sure that I am ready to make those same proclamations—to take such all-or-nothing risks. Perhaps that total abandon is what made Joyce, and others like him, great writers, and it is fear of mistakes that keeps the rest of us in the backwash and eddies—good writers, but out of the driving currents.

Just past the arch I made myself comfortable at an umbrellaed table at the coffee bar, Uliks, named in honor of Joyce’s book, Ulysses. Sitting next to me was a bronze statue of Joyce looking out at the plaza. During his time in Pula, Joyce wrote at many of the small cafes here. I ordered a cocktail, pulled out my notebook, and tried to slip into the stream of consciousness Joyce had already toyed with in this very place, while he revised pieces of Portrait of the Artist as a Young Man.

Years later, with Ulysses, Joyce came into his own with this form, having perfected the writing style that scholars call interior monologue. But with Finnegan’s Wake, Joyce plowed conventions under completely, and many modern poets and writers who came after him owe the respect of their craft to Joyce’s innovations.

Still at the coffee bar, I looked down at my own attempt at stream of consciousness, which had eroded into doodling. I gave up and turned my attention to the silent figure sitting next to me.

The statue of Joyce portrays him as an older man, perhaps in his late forties, like me. But Joyce, born in February of 1882, lived in Pula as a young man from October 1904 to March of 1905. I tried to picture him celebrating his 23rd birthday, about to become a father with Nora, and ready to walk through that Roman arch, away from Pula and towards Trieste.

Maybe Joyce was too young to understand that his time in Pula was his real beginning—that the arch that he looked at resentfully every day really represented opportunity. In Pula, Joyce’s first teaching job had led to his employment in Trieste. A few of those subsequent Italian clients became Joyce’s source of financial support and creative inspiration for several years to come. Pula was also Joyce’s first home outside of Ireland as an adult. It was here that he learned to leave his homeland and to cleave to his new life and family, yet somehow to continue to inhabit Ireland in his thoughts and writings. And, perhaps most importantly, it was here, in Pula where Joyce first practiced those unconventional writing forms that later made him famous.

While Joyce never fully conquered his restlessness and the erratic habits that stemmed from his discontent, with the support of a few generous patrons, he was eventually able to stop teaching and to devote himself fully to his art in “unfettered freedom.”

Joyce may have felt that his stay in Pula was accidental. But that mistake served its purpose in readying him for his future.

I finished my cocktail, got up from the coffee bar, and moved to stand under the arch, enjoying the warmth of the Istrian sun on my back. Closing my eyes, I envisioned James Joyce, at sunset, walking under that arch for the last time. He wouldn’t have looked back. If he had, he would have seen that the gate behind him was golden after all. 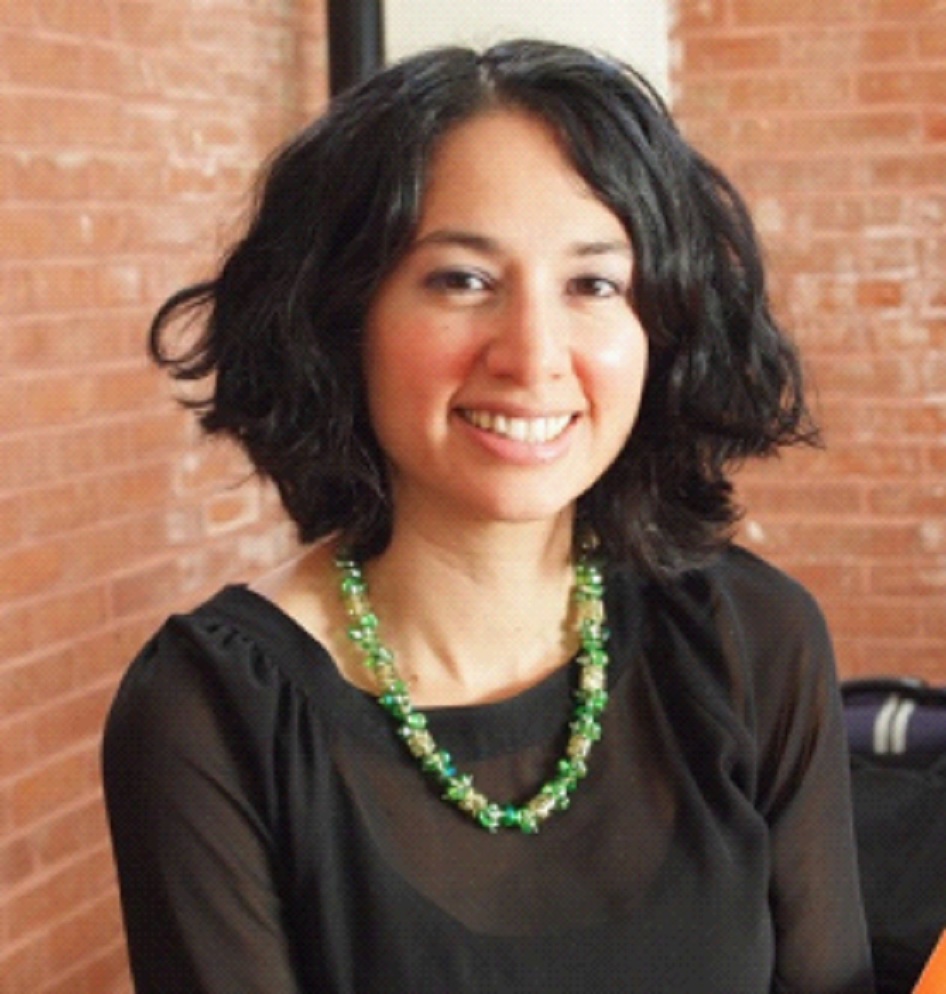 Special Event: “Self-Publishing in 2013 – The Year for Your Novel” with Jennifer Ciotta 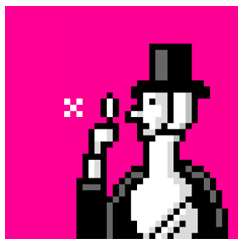