Immersed in the Christmas season and living in New York, I’ve engaged in the typical Big Apple holiday tasks such as viewing the windows at Macy’s, gazing at the luminous Rockefeller Center tree and ice skating in the park. As we are all travelers each holiday season, whether to Bethlehem, PA to bask in the spiritual lights or far away to Lapland to feed the reindeer and explore Santa’s workshop in Rovaniemi, Finland, we know that “A Visit from St. Nicholas” a.k.a. “‘Twas the Night Before Christmas” remains a poem read to little ones every Christmas Eve all over the United States.  The presumed author is Clement Clarke Moore, a wealthy professor and poet from New York City.

On an appropriately chilly winter day, I embarked on a miniature field trip to Chelsea, an area of Manhattan located just north of the West Village. Today, Chelsea provides housing to many, including the posh and substantially privileged of city society, integrated with trendy shops and restaurants, and above all, the famed art galleries. Taking a walk in Chelsea’s historic district, I viewed the red-brick brownstones, adorned with colorful doors, and on the street, surrounded by leafless trees.  The black fire escapes and decorative black iron banisters all give way to a hidden secret: this was once Clement Clarke Moore territory.  The urban area of Chelsea running from 20th Street to 24th Street was once rural land of Clarke’s family; a thought which seemed inconceivable to me as I watched the ritualistic hailing of taxi cabs and listened to the blaring of car horns. This was the land of the Moore family, starting with Clement’s maternal grandfather. Upon this soil, they built Chelsea, a countryside manor, thus giving birth to the name Chelsea.  It derives from the name of a London war veteran hospital which grandfather Clarke greatly respected due to his service in the French and Indian War.  Even though Clement Clarke Moore was born in this house, the poet’s influence on Chelsea is hardly seen in the neighborhood.  Passing along historic 22nd Street, I noticed a film crew wrapping up long cords and piling cast chairs into vans. The only trace of Moore seemed to be the miniscule Clement Clarke Moore Park, a mere speck of playground, abandoned at the moment, and a simple green sign displayed on the spiked fence.  There were no tributes to the poet such as a booming Santa Claus statue, a poetical plaque or a small smattering of Christmas lights.  I thought to myself, why is this author not recognized as Dr. Seuss Park in Springfield, Massachusetts, which reveres its beloved writer? The man who wrote one of the greatest poems in American history has been cast aside. But is it for good reason?

A historical and literary debate has been rising in recent years, something of great importance to our readers, since we provide information and imagination to all literary travelers.  But what happens when we cannot tell a literary traveler where to explore their interests, because the historical facts may be skewed?  It is a matter of telling our readers where to travel. One way will lead you to Chelsea, Manhattan while the other will demand a visit to Poughkeepsie, NY. So who is the real author, Clement Clarke Moore of Chelsea or Henry Livingston, Jr. of Poughkeepsie?

To begin our literary journey, Moore was born inside Chelsea manor on July 15, 1779. He came into this world in good social standing, and from both English and Dutch ancestry. Livingston was born in 1748 also into a prestigious brood of half-Dutch heritage (his other half was Scottish).

Moore’s poetry took a backseat to his studies in Oriental and Greek literature, securing a professor position at Columbia University and authoring two volumes of a Hebrew dictionary, while maintaining a second professorship at the General Theological Seminary.  The poet had a reputation of being a serious man, who scolded children, as said by some scholars. Yet, some of his poems radiate playfulness and rhyme.  The poem seen as evidence by literary figures that Moore was the capable writer of “A Visit from St. Nicholas” is “The Pig and the Rooster.”  A certain childishness influences the reader to smile and entice her/his silliness.  In regard to structure, the paired rhyming scheme mirrors the Christmas poem, as does the melodious tone line by line. The first stanza of the poem reads like so:

On a warm sunny day, in the midst of July,
A lazy young pig lay stretched out in his sty,
Like some of his betters, most solemnly thinking
That the best things on earth are good eating and drinking.
At length, to get rid of the gnats and the flies,
He resolv’d, from his sweet meditations to rise;
And, to keep is skin pleasant, and pliant, and cool,
He plung’d him, forthwith, in the next muddy pool.
-Clement Clarke Moore

Likewise as in ‘Twas, the main character, the Pig, turns around and bids the Rooster “cock-a-doodle-doo” just as Santa remembers to say one last greeting, “Happy Christmas to all, and to all a good night.”

Another strong case is the one of Livingston.  Fortunate enough to avoid any financial hardship, Livingston fought as a soldier in the American Revolution. Scholars note that the poet’s works exemplified funny, creative and pleasant qualities.  In regards to his poetry, Livingston was not published (a direct contrast to Moore). Instead he chose to keep his writing for his family and himself.  One of Livingston’s poems, “Beekman,” originally a letter his brother, reads as follows:

To my dear brother Beekman I sit down to write
Ten minutes past eight and; a very cold night.
Not far from me sits with a baullancy cap on
Our very good couzin, Elizabeth Tappen,
A tighter young seamstress you’d ne’er wish to see
And she (blessings on her) is sewing for me.
New shirts and; new cravats this morning cut out
Are tumbled in heaps and lye huddled about.
My wardrobe (a wonder) will soon be enriched
With ruffles new hemmed and; wristbands new stitched.
Believe me dear brother tho women may be
Compared to us, of inferiour degree
Yet still they are useful I vow with a fegs
When our shirts are in tatters and; jackets in rags.
-Henry LIvingston Jr.

“Beekman” reflects “A Visit From St. Nicholas” with its light, joking style written in a similar grammatical and poetical structure with almost precisely the same lilt. Noted by expert literary detective, Donald Foster, Livingston’s pattern is to use the word “all” repeatedly throughout his works just as the Christmas poet writes in the first line, “‘Twas the night before Christmas, when all through the house.”  Foster insists that Livingston filled his literary notebooks with stories about Thor, the Norse god whose chariot was pulled by flying goats, and Livingston wrote about Lapland’s reindeer as well. Perhaps the most compelling part of this debate tends to be the time frame.  In 1808, Livingston’s family recalls the poet reciting the poem for them; however, there is no concrete, historical evidence to support this claim.  Yet Moore alleges to have penned the poem on Christmas Eve, 1823.  In 1837 Moore gave his permission to attach his name to “A Visit From St. Nick,” and in 1844 he quietly included it in his own book.  It is said that Livingston’s family was not aware of the alleged plagiarism until later, after Henry died. Through only this issue of time, many literary questions arise.  Why didn’t Livingston credit himself as the author originally?  Was he that shy and humble? Or why did Moore “slip” the poem into his own work. Was he that shy and humble?

I simply do not know what the answer is.  There are arguments for both sides, as analyzed by many scholars before me.  I only touched upon a few points given by dueling camps, leaving additional research and conclusions up to the literary traveler.

As I ended my tour of Chelsea on West 23rd Street, I gazed upwards at the looming apartment building in front of me, London Terrace.  The land on which this edifice stands was once owned by Clement Clarke Moore.  But there were no signs, no fanfare, as if Moore’s contribution to American society was never real. 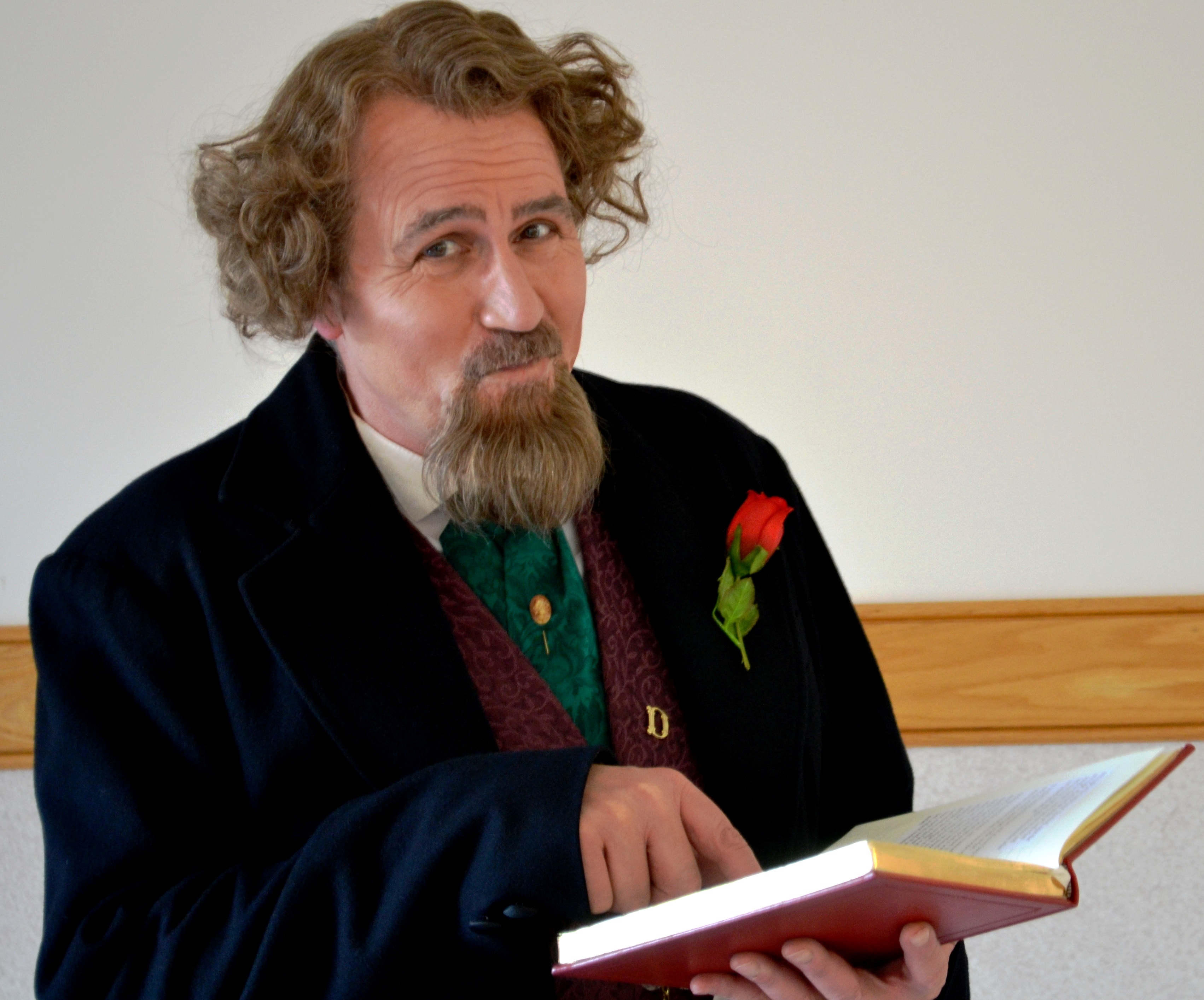