Here is a novel idea for a visit to Rome: replace the guidebook with literary fiction.  I, Claudius will prepare you for great buildings, art, and personalities–historical fiction brings Classical Rome to life. I, Claudius tells the tale of one of the Eternal City’s earliest emperors, Claudius Drusus Nero Germanicus, who was the grand-nephew of the great Caesar Augustus. I, Claudiusis his autobiography, written by the distinguished British translator, Robert Graves.

After Augustus died (some say by his own wife’s Livia’s hand) his adopted son Tiberius took over Rome’s helm. In the years prior to Tiberius’ rule, there were many unexpected deaths in the Claudian family.  One by one, any person with a possible link to the emperor’s throne died mysteriously until Livia finally placed the laurels on her own son’s head.  And when I say Livia placed the laurel wreath on Tiberius’ head, place them she did.  According to Graves, she was ruthless.

Much of what we know of Claudius comes from his own writings (and those of his uncle, Augustus Caesar) which filtered down to Suetonius and then to Graves. Graves was an Oxford-trained professor known for his translation of Suetonius’ The Twelve Caesars.  It was this collection of historical documents that Graves adapted into the widely-read and much-loved novels I, Claudius and Claudius the God.

I, Claudius (1934) was adapted into a BBC movie for television in 1977. I, Claudius (its full title: I, Claudius, From the Autobiography of Tiberius Claudius–Born B.C. X Murdered and Deified A.D. LIV) can provide information for your own journey to Rome, adding a depth to your experience that an ordinary guidebook cannot.

Perhaps Claudius’ royal life, found in Graves’ novel, is all myth: the poisons, the rapes, the lust, the greed, and the tyranny associated with the Claudian line. Perhaps Suetonius exaggerated his historical accounts as he poked through the personal writings of the early emperors to create his Twelve Caesars. Suetonius was Emperor Hadrian’s secretary (AD 117-138) and had access to the private writing of the first twelve rulers of Rome. Even if the biographies are exaggerated as some claim, so what?  The writing is scandalous and vivid, informing the imagination of the readers.  According to Suetonius, Claudius played up his shortcomings all his life. One of the emperor’s tutors told the young man to “act the fool” to save his life.  And according to Graves’ account centuries later, Claudius was known to his friends and family as “Claudius the idiot,” or “Claudius the Stammerer,” or “Clau-Clau-Claudius.”

In the writings of Augustus, however, the emperor did not see a fool in his nephew.  Augustus Caesar writes: “Dear Livia, I’ll be dammed if your grandson…hasn’t given me a very pleasant surprise!  How on earth anyone who talks so confusedly can nevertheless speak in public with such clearness…I simply do not understand.”

Augustus saw something special in the boy, more than his stammering persona suggested. Yet, luckily for Claudius, his Grandmother Livia saw nothing special or remarkable in the scholarly young Roman.  Claudius only survived, suggests Graves, because his physically deformed limbs and lisp convinced his grandmother that he was useless. Claudius assumed control of Rome after the assassination of his mad nephew, Emperor Caligula, who followed Tiberius.

The humanity of these characters–with their ambition, anxiety, and frailty–changes the atmosphere of the city, so that a reader knows the characters that walked through the Forum and along the streets.  Here are a few ways in which the novel, I, Claudius, make Rome vividly real for its readers:

The emperors existed and ruled for centuries.  Rome certainly was not built in a day. The ruling dynasties were not formed in a day, either.  The Rome we know with its gladiators and Coliseum took centuries to develop.  The novel I, Claudiuswill help the reader to sort the enormous Roman past out, so they can better understand a tour of Rome. The Julio-Claudio line begins with Julius Caesar. It then moves to his adopted son (and nephew) Augustus who, allegedly with the help of his friend Marcus Agrippa, “found Rome brick and left it marble.” Augustus started the line of infamous Caesars.  Tiberius was wickedly lecherous: he allegedly kept many young boys as lovers in his villa.  Caligula was violently insane: he married and then murdered his own sister. Claudius was notoriously vulgar: he drank until sloppily drunk, passing gas at the table. Nero was bizarrely egomaniacal: he loved to perform in costumes, even as Rome burned.

These men were the emperors of the early empire. Through Graves’ pages, each man steps into our world from history, with his own human traits and weaknesses.  One of the most vivid examples is of Caligula. That mad man tells Claudius, “I’ll call myself Jove–the Latin Jove to distinguish myself from that Greek fellow.  I’ll have to settle with him on of these days.”  So, when a reader sees the Circus Maximums on tour and learns of the chariot races, they will think of crazed Caligula, who loved to bet on the Leek Green Team, and then lost a treasury of gold to bad debts, even if he did think of himself to be a god.

The Ara Pacis, the Palantine, and Ostia Antica all figure prominently in the life of Claudius and the city of Rome. These sites should be included in one’s travel itinerary.  The Ara Pacis is an altar built by Augustus to celebrate the Pax Romana. American architect, Richard Meier, who helped create the Getty Museum in Los Angeles, designed the modern glass building.  Yet, when the Ara Pacis edifice was first unveiled, Romes’ mayor hated it. The white marble altar is impressive inside the controversial building, but so what?  It is one more marble monument in a city of stone.

After reading I, Claudius,however, a reader will realize the figures carved on the altar’s sides are none other than Augustus and his large family. Augustus wears a hood, like a priest, to show his official role at the sacrifice.  The man with the axe is his friend Marcus Agrippa, the architect of the aqueducts and the Pantheon.  The little child is Gaius Caesar, son of Agrippa. There is Livia, followed by her son, Tiberius.  And there carved onto the altar are all the poor relatives who died at her harsh hand. As the reader gazes on Livia, they will recall her fictional last words to Claudius: “She confessed to having Drusillus throttled…The most interesting account she gave me was of her poisoning methods…she preferred repeated doses of slow tasteless poisons that gave the effect of consumption.”

With Livia in mind, it is best to plan a picnic high above the city.  At the Palantine, I suggest packing a lunch of wine, grapes, cheese, and bread. Dine in the area where the emperors lived above the city amidst the breezes.  The ruins of Casa di Livia are all that remain of the rather simple (compared to what would come) emperor’s palace.  The ruins of the great buildings and the memories of the emperor remain, as a visitor dines al fresconear the gardens of Claudius’ family.

The scenes set in I, Claudiuswill come alive in a reader’s imagination, as they eat a mozzarella and tomato panini on the grounds where Claudius himself limped along.  Imagine his grandmother painting a lethal tincture on Augustus’ figs while they were “still on the tree.” Graves suggests that this is how the great Augustus was poisoned and died.

Another compelling site from history sits just outside the city. The port city of Ostia Antica was completed under the reign of Claudius.  Careful viewers will recall the scene in the BBC adaptation in which Claudius cleverly tricks the Roman corn merchants into funding the completion of Julius Caesar’s stalled harbor project. That clever old Claudius–portrayed by the talented Derek Jacobi–built an entire city, a city one can now explore and admire.  Walk through the ruins of this once-crucial and bustling harbor town that eventually silted up. It was left buried for centuries.  Only within the last hundred years have archeologists uncovered the city: complete with mosaic-tiled public baths, a forum, businesses, roads, and an amphitheatre. Located only twelve miles from Rome, “Old Mouth” (in Italian) is a fascinating step back into Claudius’ world.  Here is a project Claudius himself completed and paid for with other people’s money.  And it is much closer than a trip to ruins of Pompeii.  For this reason, the ruins are full of Roman children on school trips.  The amphitheatre still is used for public concerts and lectures.

Reading I, Claudius will prepare the reader for the thousands upon thousands of busts, bronzes, and frescoes they will see Rome.  Emperor Augustus shifts from stone to flesh for readers. The marble stature was once a human being who loved gardening, his grandchildren, and fresh fruit.  His favorite expression, captured in The Twelve Caesars, and brought charmingly to life by Graves, is this: “As quick as boiled asparagus!” Looking at one of his magnificient somber visages, it is difficult to imagine the stern mouth uttering these silly lines.

Elegant ladies, captured forever in marble, become Drusilla (Caligula’s sister and lover) or Calpurnia (the cunning mistress of Claudius).  Suetonius tells us that clever Calpurnia saved old Claudius from financial ruin.  When he tells his love that he will buy her a rare pearl necklace, she replies, “I’d prefer cash…if you don’t mind.”  Her frugality saved him many times. Look at the busts of the ladies to see if pearls adorn any of their throats.  Could a statue without pearls be Claudius’ lover? Perfectly sculpted, the ladies’ empty eyes stare out into eternity.  I, Claudius gives us a hint of what lurks beneath: the passion, the power, and the humanity. What other guidebook could do that?

The Tumultuous Relationship Between Dante and the City of Florence 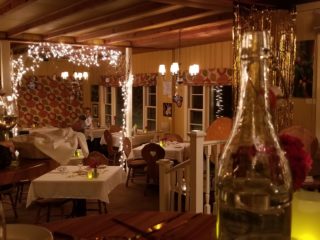 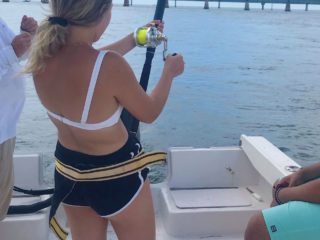 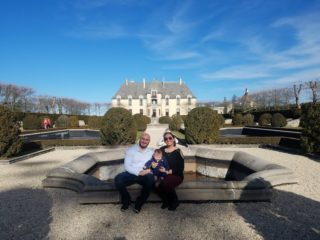 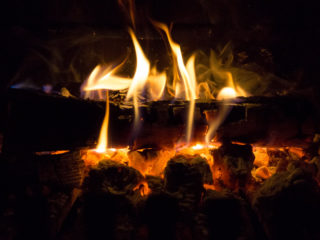