The new Hulu biopic Shirley, based upon the novel of the same name by Susan Scarf Merrell, tells a story loosely based on the real life of famous horror/mystery writer Shirley Jackson (played by Elisabeth Moss). Author of The Lottery (1948) and The Haunting of Hill House (1959), stories that continue to be regarded as some of the best writing in this genre, Jackson has inspired writers including Steven King and has had her work adapted into multiple series and films including the immensely successful The Haunting of Hill House (2018) and We Have Always Lived In The Castle (2018).

Though much of the plot in this film is fictional, it is nonetheless a movie that pays tribute to the late Jackson through its similarities to many of the writer’s own stories. And these similarities are no coincidence as Director Josephine Decker told The Guardian that she wanted the atmosphere of the film to mirror that of Jackson’s works so that “the experience of meeting [Shirley] would feel like you were actually in one of her novels or her short stories.”

In this film, we follow the story of young couple Fred (Logan Lerman) and Rose (Odessa Young) Nemser who move in with Stanley Hyman (Michael Stuhlbarg) and Shirley Jackson as Fred begins his job at Bennington College, where Stanley is also a professor. Shirley is determined to write a novel about a real-life case of a young college student who had recently gone missing from Bennington’s campus. Struggling with mental illness, writer’s block, and her husband’s infidelity, Shirley’s deteriorating state, along with Stanley’s manipulation, begin to tear this couple apart, and they begin to mirror the dysfunctional relationship between Stanley and Shirley.

And though this is a fictional story, it does include many real events from Jackson’s life including her husband’s infidelity and her writing of what would eventually become Hangsaman (1951). And this sort of metafictional experience of meeting Shirley that Decker spoke of is definitely something this film gets right. As the viewer watches the dark situation in the Hyman household unfold in a dream-like story, we are often unaware of what is reality and what is not. It becomes unclear what the difference is between Shirley’s hallucinations and what is really going on. In a very classical, gothic way, the house seems representative of Shirley’s psyche, and those who stay in it feel it wearing down on theirs.

Shirley and Rose grow closer–both tied to the home because Shirley is having an extreme bout of her agoraphobia, and Rosie because Stanley has asked her to care for the household as Shirley is unfit–and Shirley begins to find inspiration in Rose as she becomes a stand-in for the character she is trying to write about. But the lines of their bond become blurred between friendship, worship, and something more as the film goes on. This is something Jackson’s own writing does, according to Decker:

“She puts you into a dream without you realizing that you’ve gone there.”

And another theme in this film, one central to Jackson’s own life and that comes up in some of her stories, is the struggle of being a woman with aspirations beyond domesticity. In a scene quite similar to one from The Great Gatsby where Daisy voices that she hopes her daughter will be “a beautiful little fool,” Shirley makes a comment to Rose

about her pregnancy: “Let’s pray for a boy. The world is too cruel to girls.” In her lifetime, Jackson struggled to be taken seriously as a writer and felt reduced to the role of a faculty wife by her oppressive husband. She did all of the housework and was also the breadwinner of the home, supplementing her fiction writing with cheerful, domestic stories for women’s magazines while her husband made a relatively low salary as a professor.

In many of her stories, this theme comes up. Zoe Heller explains: “in several of the stories included in Jackson’s first published collection…a woman encounters a romantic, chimerical figure, a “daemon lover,” who promises to rescue her and then vanishes, leaving her alone and on the brink of madness, in a frightening, alien landscape. Always, the hope of an alternative, happier life proves illusory.” So, again, while Shirley is based on a fictionalized version of the writer’s life, there are echoes of her own life depicted in it, as well as her other stories, through this mirroring of her tumultuous relationship with her husband.

In addition to her relationships, where Jackson lived also influenced her writing. Her home and life in Bennington, Vermont is central to many of her works, and an almost identical home was featured on the original cover of Life Among the Savages (1953), a collection of short stories about the ordinary everyday of her family’s life in rural Vermont. Her witness of racism growing up in California during the internment of Japanese Americans, and then prejudices that were common in Northern Bennington went on to inspire her short story “Flower Garden” and then The Lottery. Treated as an outsider and subjected to anti-semitism for marrying a Jewish man from both her family and the town, much of her works were written in isolation and explore what it means to be left out, as does the film Shirley.

If you’re looking for a thrilling new literary film with an impeccable leading actress, look no further than Shirley. This film is one that will leave you wanting to know more about the amazing works and life of the chilling story-teller Shirley Jackson.

“I delight in what I fear.” -Shirley Jackson 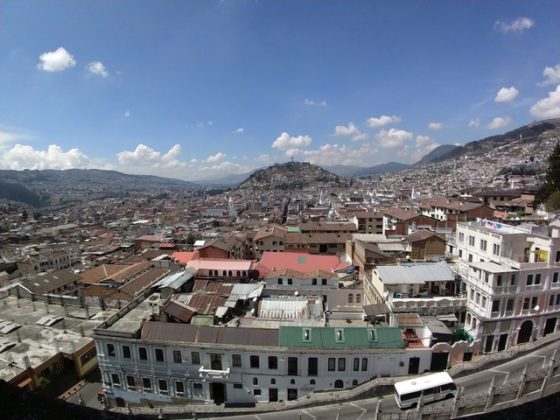 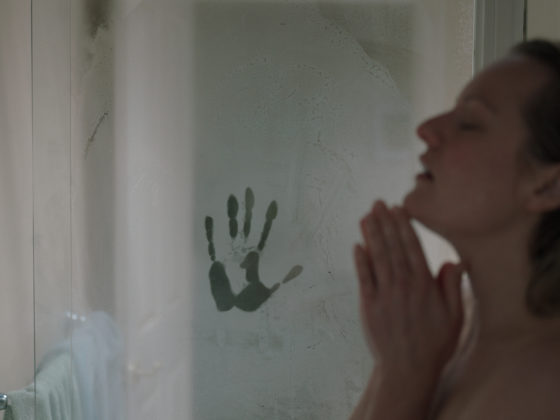