Everyone knows that Boston is a book-loving city, but since moving back to the area after more than thirty years away, I’ve been amazed by the thriving literary life of my hometown. On a recent evening, I was torn between hearing Alexander Chee and Laura van den Berg at the Brookline Booksmith, Rebecca Makkai and Jennifer Haigh at Newtonville Books, or Amber Tamblyn and Aclyn Friedman at Harvard Bookstore. In the end, I opted to hear another bestselling author, Katherine Howe, at the Cambridge Historical Society, speak on a topic relevant to a novel I’m currently researching. The array of book events in this town can make a reader dizzy.

The largest of the indies—the Harvard Bookstore and Brookline Booksmith—host their biggest name authors off site at nearby churches and theaters where readers wait in lines that snake down the block. Advance purchased tickets can be bundled with the cost of the book being launched. For Michael Pollen, each and every ticket had to include the book. I first balked at this practice, but realized that the event itself was the enticement. A couple attending would end up with an extra book in exchange for taking part in a cultural happening.

Newtonville Books runs events practically every night of the week, including their popular Friday Night Book Club. They often create unexpected pairings of authors, creating lively conversations. In general, the level of questions at all these events has struck me as noticeably sophisticated. Though generally well past college age, the Boston audiences haven’t forgotten their Advanced Lit. classes, and some may still teach them.

The staff at Porter Square Books, which I’m happy to call my local store, is also deeply knowledgeable about books. If you don’t know a title or author but just the subject, there’s a good chance one of them won’t give up until they’ve tracked it down. And as model for other indie bookstores, PSB has devised a way of rewarding their dedicated senior staff with eventual ownership of the store. When the current husband and wife team retire, they’ll sell fifty percent equity to a group of nine management-level employees. Over the following ten years, the group will use their profits to pay back the loan and come to own the store outright.

PSB also cultivates its community by encouraging local writers. In the coming months, they’re launching a Writers-in-Residence Program. Two writers will serve a nine-month term, during which they’ll enjoy a staff discount, access to advance reader copies, and a key to the store’s offices on nights and weekends to provide a quiet place to work.

Over in Jamaica Plain, JP Papercuts has also created a strong following among readers and writers.  The charming five hundred square foot shop is stacked high with perfectly curated books. In addition to hosting events, they’ve launched their own publishing imprint, Cutlass Press, which features New England authors. And everyone is relieved that Trident Booksellers on Newbury Street has just reopened after closing because of a fire, their café and reading series up and running again.

On the main street of the suburban town where I grew up, recently opened Belmont Books attracts children with a sunny, upstairs kid’s area, and for adults a great selection of books and the Black Bear Cafe on the first floor. Welcoming and beautiful, the store is already a hub of community activity.

There are other ways to explore literary Boston besides the indie bookstores. There’s the Boston Literary District—one of the only such dedicated historic districts in the country; the Boston By Foot Literary Tours—which takes you in the footsteps of Longfellow, Hawthorne, and Fuller; the impressive public libraries in Cambridge, Boston, Brookline and the other nearby towns; plus the innumerable universities, all of which offer book-related lectures open to the public; the literary journals, such as The Harvard Review, Ploughshares, Agni, and the new Pangyrus, each hosting their own book happenings; and the close proximity to that great nexus of nineteenth century authors in Concord—home of Emerson, Thoreau, the Alcotts, and more.

But, ultimately, it’s the living writers who make a book-loving/bookish/well read town. Many local writers at all stages of their careers find one another through the GrubStreet writers organization, one of the largest literary non-profits in the country. Throughout the year, they run over six hundred workshops, intensive classes, consultations, and other programs for adults and teens on every aspect of writing and the business of writing. And every spring, they put on the impressive Muse and Marketplace Conference, which has been named best literary conference by The Writer magazine and is attended by aspiring writers from across the country and globe.

I feel fortunate to have met fellow writers not just in the bookstores or at Grub Street, but simply around Cambridge. Knowing that dozens of novelists are hunkering down at their desks nearby gives me comfort and encouragement. I’m convinced I’ve landed in a literary Eden and I don’t think I’m alone in feeling that way. Often I pass strangers on the sidewalks who hold a book in hand and read as they walk, unable to pull themselves away from the page. For this reader and writer, that’s my kind of town.

Virginia Pye is the author of two award-winning novels, Dreams of the Red Phoenix and River of Dust, and the forthcoming short story collection, Shelf Life of Happiness. Her stories, essays, and interviews have appeared in The North American Review, The Baltimore Review, Literary Hub, The New York Times, The Rumpus, Huffington Post and elsewhere. She lived in Richmond, Virginia for many years and now lives in Cambridge, Massachusetts. Find her online at www.virginiapye.com, FB, Twitter, and Instagram. 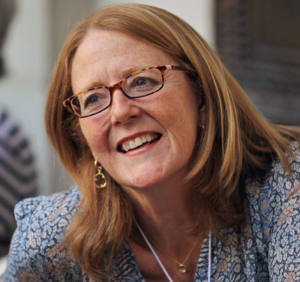 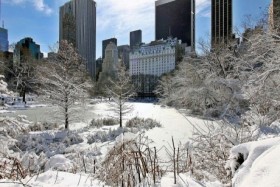