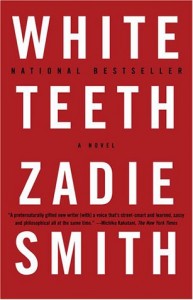 …the wicked lie, that the past is always tense and the future, perfect. – Zadie Smith, White Teeth

At the center of the novel are two men: Alfred Archibald Jones (English) and Samad Miah Iqbal (Bengali) who become unlikely friends, unlikely fathers, and in their own small corners of England, local legends of the everyman variety.  White Teeth follows the lives of their children, Archie’s daughter, Irie, and Samad’s twin boys, Magid and Millat, as they grow up in the late eighties and early nineties in London suburbs. Archie and Samad’s wives, Clara and Alsana, flicker in and out of Smith’s spotlight, both women fighting (unsuccessfully and ineffectively) against the relentless tides of Western culture.

British-born Smith, is a fiction professor at New York University with many successes under her belt. White Teeth is the winner of the 2000 Guardian First Book Award, the 2000 Whitbread First Novel Award, and was shortlisted for the Orange Prize in 2001. Another of her novels On Beauty was shortlisted for the Man Booker Prize in 2005. Her most recent novel, N-W was published in 2013.

Smith’s mind is a marvel.  Her prose is expansive, quick-witted, and razor sharp, and she is so well-versed in a range of subjects, readers can, at times, find themselves floundering within Smith’s complex world. Picture a series of images flashing in front of your eyes, one after the other – automatic rifle style.  Smith sets a pace and doesn’t let up.  As she shifts from idea to idea readers must be prepared to keep up with the relentless momentum of Smith’s plot.

One thing to get straight: Smith is “laugh-out-loud” funny. White Teeth manages to be sardonic and ironic and clever and bright all at once.  Smith’s characterization is some of the best I’ve read in modern fiction. For example, her creation of the Bible thumping, superstitious, judgmental matriarch of the Bowden family, Hortense, complete with her home remedies (think an unidentified serum on your face that burns because you look “pale”) are multi-dimensional enough that you might expect Hortense to be standing in your living room wagging her finger at you for sinning. Or there is Neena, referred to by her aunt Alsana (wife of Samad) only as “Niece of Shame” because of her lesbianism and distaste for conformity. Neena is one of the few characters in the book to have her personal and professional life in order.

Smith’s characters struggle. They struggle with familial relationships, they struggle with their identities, and they struggle with culture, connection, drugs, sex, and love.  White Teeth is, at its core and most simplistic form, an examination of the human struggle. But Smith is not afraid to tackle each and every one of the Big Moral Quandaries; instead, she delights in covering as much ground as possible. Her characters are flawed, and they are unhappy. Smith includes us as they cry, as they sing, as they shout and fight and wrestle and get wiser and make mistakes. In a way, her writing is messy, like real life, like the lives most of us lead — lives filled with mistakes and regrets and moments of intoxication and fornication and marriage and church and family dinners rife with tension and dissension. As we follow the trials and tribulations of these generations of families and friends, we watch Irie, Millat and Magid trying on identities as if trying on clothes. We watch them clashing against the world their parents inhabit and the new, changing world they live in.

Smith is one of those rare authors who manages to bounce from scene to scene, from emotion to emotion, from country to country, decade to decade, without letting on that she is trying, or maybe sweating a little bit trying to keep all of her colliding, parallel, simultaneous, backwards and forwards stories straight.

Smith is an acrobat, swinging somewhere high above the rest of us, as we swivel our necks to see how many flips she is doing.  Her writing is deft; she coerces and coaxes words into complex sentences and philosophical statements.  On religion, Smith writes, “If religion is the opiate of the people, tradition is an even more sinister analgesic, simply because it rarely appears sinister. If religion is a tight band, a throbbing vein, and a needle, tradition is a far homelier concoction: poppy seeds ground into tea; a sweet cocoa drink laced with cocaine; the kind of thing your grandmother might have made.”  Smith is no amateur.  She is a writer of immense depth and skill, and to miss White Teeth is to miss out on some of the finest writing of this generation. 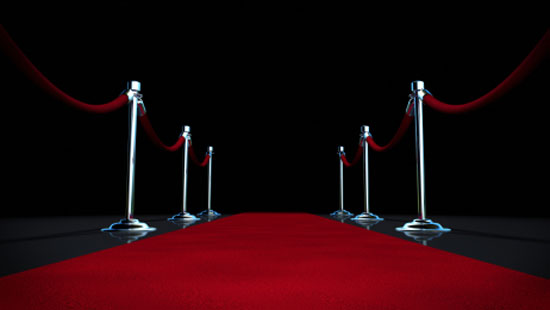 The 2014 Literary Fauxscars: The Results are In! 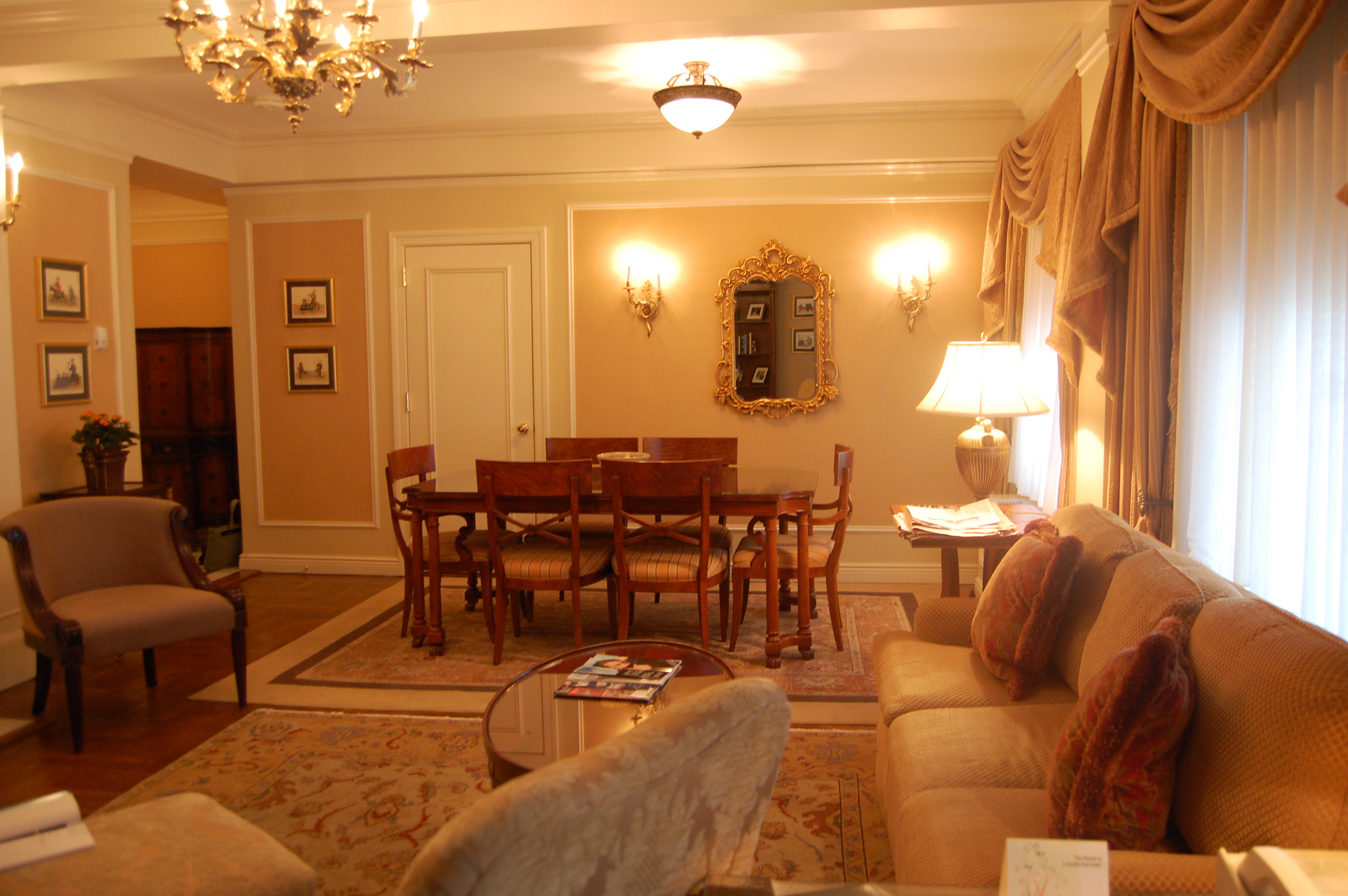