A story I wrote begins with a quote from the late Hollywood actor and filmmaker, Orson Welles. It goes something like, “A man does not belong to the place where he is born but to the place where he chooses to die,” or something like that. A couple of versions exist, as there are differing accounts of the actor’s burial. One is on the family farm of renowned Spanish matador, Antonio Ordonez in Ronda, Spain. The other has Welles’ ashes scattered in Ronda’s Plaza de Toros—ostensibly the oldest bullring in Spain.

I’m imagining for the moment you, the reader, exhaling in a huff over the practice considered globally as nothing more than culturally-sanctioned animal cruelty. Surely, it should never be mentioned in any positive light, no matter how romantic the justification. And I am inclined to agree; the cultural argument for bullfighting as public art is thin at best. On the other hand, having attended several corridas I admit to being enthralled to the point of ecstacy by its pomp and circumstance: the music, stirring and gay; the dramatic entrance of the matadors, their trajes de luz (suits of light) sparkling in the dwindling late afternoon Spanish sun. Haute picadores following on horseback act like they own the place. What happens next I can definitely do without, and I do. It’s not Guantanamo after all.  You can leave when you like. To comprehend my fascination you may find the following analogy useful. It’s been years since I’ve called myself Catholic. The faith and demand for subjugation rubs me wrong. Just the same, when in Rome on high holidays I’d sell my soul for a spot in St. Peters Basilica. For the Mass, not really; for the costumes and glorious liturgical music—absolutely.

Getting back to Orson and Ronda, he is in reality interred in a dry well on the Ordonez property. That the family tossed sand from the bullring into his grave seems an indubitably Spanish gesture, and as such, plausible. But my point concerning Ronda does not involve the actor’s preoccupation with corrida but rather the indecipherable magnetic pull of the ancient city itself. I think, or maybe better, believe this the reason why Welles chose to spend eternity there. Orson Welles of Kenosha, Wisconsin is not buried there. His burial in Ronda was by choice. Or did Ronda choose him?  Perhaps a 2015 post by Ronda’s The Hotel de los Baños explains it best.  “There is something secret about Ronda that makes it fascinating.”

I’d traveled extensively in Spain but had never been there. So I took the advice of a friend. “Take the bus; you’re better off.” Here’s why. Ronda sits 2,450 ft. above sea level in the formidable Serrania de Ronda mountain range, about one and a half hours’ ride from Sevilla. The mountains’ startling purple hue speaks immediately of its uniqueness. Ronda, a city in the sky, teeters precariously on the edge of Tajo Gorge, a 120 meter deep, 70 meter wide gouge in the earth. The only way to get there from Sevilla, besides taking a bus, is to drive via a serpentine, two-lane tourist-eater known as A-397. The road’s reputation precedes it. It is the most dangerous highway in Europe. The ninth-century Moors knew exactly what they were doing in positioning the caliphate there. The city via the ‘old road’ presented a formidable challenge, the terrain an inaccessible bulwark against coastal raiders impossible to surmount without detection. She, Ronda, towers above: arm extended, palm outward, its inhabitants warn away any but the well-intended traveler. Enemies brave and/or dumb enough to try must surely end up in one of its bottomless ravines.

I took the bus and was happy I had. There are ghosts in this place, and my attention was constantly diverted. Driving A-397 makes no allowances for sightseeing. The bus groans; the driver throws it into second and hopes for the best. From the window I see ancient stone bridges, remnants of the ‘old road,’ the road I’d read about in nineteenth-century Spanish novels to which I am addicted –Alarcon, Ibanez, Alas. Along the road spirits of merchants, tradesmen on horseback, some pulling along heavily laden donkey carts move in slow dreamlike rhythm upward, upward. I find myself blathering on about the ‘old road’ and its history to an obviously nervous German tourist sitting next to me. Our bus, struggling hard against a steep incline, pins  both of us to the backs of our seats.

In a few minutes we level off, only to be pinned again as the bus meets yet another incline. The German is visibly sweating; I thought we might lose him. We finally rolled safely into Ronda. The German and several others sit for a minute to gather themselves.

As I recall, the tour of Ronda was pretty short and sweet: a quick background on the old Moorish fortress at its entrance; a hurried brush past a square surrounded by seventeenth-century Spanish Reconquista government buildings; a stop-off at a local winery. The German had probably wished we had started there. The finale featured a three- minute viewing of the spectacular Tajo Gorge. You can’t stay there too long; a crush of tourists behind you await their own photo ops. Brief as it was, it was there at the Tajo overlook where I first sensed something about Ronda not included in any of the guidebooks. I define it as an insistent beckoning, one that has colored my dreams and fueled my hypothesis about what actually prompted Welles’ insistence that he be buried in Ronda.

“We have to go now. Others are waiting.” Our guide tugged lightly on my arm.

In silence the German and I trudged down the narrow winding street back to the bus. As we walked I tossed periodic glances over my shoulder.

“Vat yah looking at?” The German looked back expecting to see something.

“Eternity, I think.” He looked back again and seeing nothing, started walking faster. We spent the ride back in silence. Once in a while I’d catch him throwing me a side glance as if he wasn’t sure he should.

The point is that no one visits Ronda without being somewhat changed. No matter how many pueblos blancos they build on its ancient perimeters, Ronda will always belong to its defenders. Once Ronda has you, the imprisonment is for life, and, as I have learned, non-negotiable. I spend a lot of time in Spain, usually in Seville. When the spirit moves me I cab it to Estacion de Santa Justa, hop the early bus to Ronda, and once more cast my fate with the travelers, most of whom have no idea what they’re getting into. There is a family there whom I’ve gotten to know. They give me first dibs on a lovely apartment on Av. Malaga for $200 a week. I stay the week and more than not end up spending the month. Sometimes, at home in Los Angeles, I’ll be vacuuming or cooking or playing around with Keegan (my cat) and whammo! Like that I’m back on the ridge looking down into the timeless depths of Tajo, walking with the German down the narrow winding street. A voice behind me calls out, “Go if you must, but you will return. I demand it.”

Sue Maccia has been a copywriter and editor in the New York publishing scene for over twenty years. She has taught creative writing at Stroudsberg University, Stroudsberg, PA in its Upward Bound Program and has worked both as a news and feature journalist for several major dailies. As head copywriter, she served as Spanish Language Film Acquisitions Coordinator for Films for the Humanities and Sciences in Princeton, NJ. Fiction awards include first honorable mention from the Quincy Writer’s Guild for her short fiction, “Ruins.” She has most recently published articles internationally in The Guidepost, Spain’s premier English language publication. Ms Maccia divides her time between her home in Southern California and Seville, Spain. 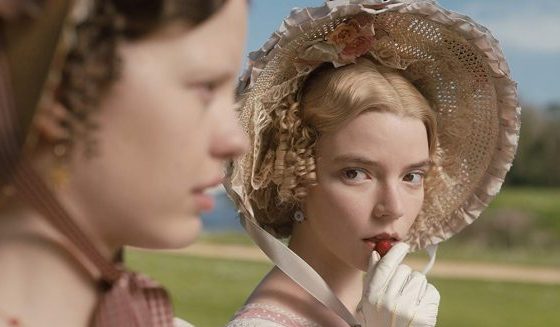 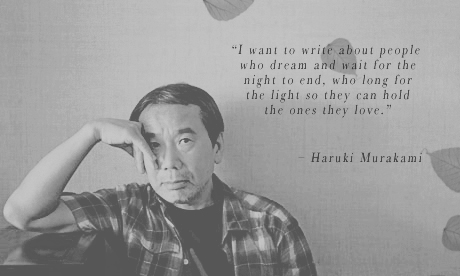