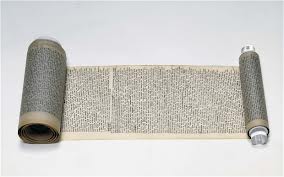 And the next item up for bid, ladies and gentleman, is sale # 9652- Lot 307.” This is a common introduction heard on a regular basis at the world famous Christie’s Auction House when they are about to auction off one of the many  items up for bid. James Christie founded Christie’s International Auction  House in December of 1766. Mr. Christie was a London businessman who, according to the Christie”s website, was “famed for his eloquence and humor” and “turned auctioneering into a sophisticated art form” attracting the attention of both the English aristocracy and even members of the Royal family themselves. Presently, Christie’s has several auction houses located throughout the world including their newest house located in New York City’s Rockefeller Center. Traditionally, they auction off fine wines, paintings and works of art.

On occasion, Christie’s will deal with items that can be listed under the “Pop Culture” heading such as the recent series of Marilyn Monroe, John Lennon and Jacqueline Kennedy Onassis lots. The particular item in question, however, is not the usual painting, vase or other piece of artwork that they usually have in their collection. Item #9652 – Lot 307 is a rarely seen but much talked about piece of literary history that has inspired many budding writers to go on their own road, as it were, to find their own voice in the written world.

Christie”s International Auction House in New York City auctioned off the original manuscript for author Jack Kerouac”s classic novel On The Road. Kerouac, along with Allen Ginsberg (and his poem HOWL) and William S. Burrough”s (and his novel Naked Lunch) began a movement and way of life known as “The Beat Generation”. On The Road was published in 1957, several years after it was completed and in a totally revised form from what was originally written.

Jack Kerouac was born in 1922, and was originally known for his athletic abilities carving out an impressive football career at his high school in Lowell, Massachusetts and then by receiving a scholarship to attend Columbia University in 1940. An injury sustained during a game forced him to sit out the season. Two years later Kerouac left college to join the merchant marines and embarked on his famous journey traveling throughout the land.

Kerouac”s On The Road manuscript is a 120-foot long scroll consisting ofa series of single-spaced typed twelve-foot long rolls of paper that have been scotched taped together. Kerouac found this method more conducive to his style of writing. He preferred this instead of having to continuously feed sheets of paper into his typewriter during his famous marathon typing sessions in the first few weeks of April of 1951. He would have marveled at the modern laptop and all that it can do. These writing sessions were the type of story that has inspired many writers to follow in his footsteps. The manuscript has various pencil markings, cross-outs and lines throughout it. The beginning and end of the scroll is tattered (the end is said to have been ripped off by a dog owned by Kerouac”s friend Lucien Carr). For quite some time, this rarely seen manuscript has been in storage, most recently in the New York City Public Library.

The scroll was under the ownership of a Mr. Tony Sampas, the nephew of Jack Kerouac”s third wife, Stella. When Kerouac died in 1969, Stella was bequeathed the archives. Upon her death in 1990, the archives were passed on to her brother John, who, along with his son Tony, became the executors of the Jack Kerouac estate. Sampas decided to sell the scroll to help pay off various estate debts. Besides the scroll, the majority of Kerouac”s letters, manuscripts and writings have recently been acquired by the Henry W. and Albert A. Berg Collection, located at the New York City Public Library. The archive was put together by Kerouac himself between 1968-1969.

As an English Literature major I had heard about this scroll for years. When I read that the scroll would be up for auction, I decided to do a little research on the manuscript. To my surprise I found out that not only has it rarely been seen but the much talked about scroll would be up for auction. It would  also be brought out on its own road trip, as it were, to be displayed for the first time in a long time to the general public in Chicago, San Francisco and finally in New York City where it would be auctioned off.

An Internet search provided many listings of articles on the selling of the scroll. The media listings included The New York Times, BBC News, Newsweek/MSNBC, Slate, The Times of India and other publications have reported (both pro and con) about the event. Many believe that the scroll should be donated to a library or a university for scholars to view. Others, including Sampas, see no problem in auctioning off the scroll at Christie”s.

I decided that I should make my pilgrimage into New York to visit the scroll and see, firsthand, this piece of literary history. I started my journey on the Christie”s web site. There I found several pictures of the famous scroll, information on the bidding process and the dates and times that the scroll would be on display. I called Christie”s to find out about  information on viewing the scroll. They told me that the viewing was free to the public and hoped that I could make it. I took the train into New York. I nervously walked up to the front door of Christie”s. “Yes Sir, right this way” said the doorman.” Had he mistaken me for someone  important?

When I walked in the building, the person behind the information desk told me to go to the second floor and to make a right for the exhibit. I walked up the plush carpeted steps and turned to the right. There it was, the famous 120-foot long scroll that is legend. It was partially unrolled and covered in a Plexiglas case. Slowly I stepped up to it as if I were about to see The Declaration of Independence or The Shroud of Turin for the first time. The scroll had yellowed over the years, had various pencil markings throughout but it was still amazing to see. I saw the pieces of scotch tape that Kerouac used to attach the various pieces of 12-foot paper together. I saw the crossed out lines of writing that he did not want in the final draft. It was amazing to actually read off of the actual paper that he typed on almost fifty years ago. One of the gentlemen working at Christie”s was very kind in answering some of my questions. “No, you can”t take a picture of  the scroll (copyrights and they don”t want the camera flash to wear out the ink on the paper). Yes, it would go to bid at 2:00 on the 22nd of May 2001 and would be the last item up for bid that day.” He also said that I was welcomed to fill out a form to receive an auction paddle if I wanted be part of the bidding process. Since I do not have an extra million or two lying around I told him that I would not take him up on his offer. Other people were also there to view the scroll. We all just sort of stared at it. It was not going to do anything but we watched it very closely just the same. One couple was there from London. They were here visiting family and read about the viewing and just had to come.  Several students of literature were also there trying to soak up some inspiration by being near the scroll (as if touching the Plexiglas case would make you a better writer).

On the way out, I purchased the official catalog for the auction. Inside the catalog there were several photos of the scroll, information and details about the auction itself. The cover of the catalog had an amazing color photograph of Jack Kerouac taken in the late 1950”s as he stood in the streets of New York”s Greenwich Village. I leafed through the booklet on my train ride home knowing that I had experienced something that I would not soon forget.

The morning of May 22, 2001 had finally arrived; the day the scroll would be put up on the auction block. The scroll was being valued at one million dollars. Up to this point, the highest amount paid for a literary manuscript was  back in 1988 when a 1920 copy of Franz Kafka”s The Trial was auctioned off for $1.9 million. Reporters, camera operators, bidders and fans filled the 2nd floor room waiting for the bidding to begin. After a few bids the scroll became the property of Jim Irsay, the owner of the Indianapolis Colts football team. Mr. Irsay, a bit of a maverick who does not follow the norm, is a pop culture fan whose personal collection includes guitars once owned by Elvis Presley and Stevie Ray Vaughn. Mr. Irsay says that he will not lock the scroll away as it has been for all of these years. He states that it belongs to the people. For now, the scroll will be put on display at a museum in Indianapolis. However, Irsay has plans to eventually have the scroll tour around the country  (possibly in the year 2007, the 50th anniversary of when the book was published) for all literary fans to see.

James Eimont lives in New Jersey with his wife Laisa and their pet cockatiel Kiwi. When not researching for “literary treasures” he can be found teaching English Literature at Union County College.

Jack Kerouac and The Satori Highway

The Strange Case of the Jack Kerouac Estate