It’s no wonder people get confused about Franz Kafka’s nationality. A Czech Jew who wrote in German, Kafka was a citizen of the Austro-Hungarian Empire at birth in 1883 and a citizen of the newly minted nation of Czechoslovakia at his death in 1924.

But no matter what flags were flying overhead, there was one constant: Prague. Kafka was born, raised and educated from grammar school through law school in Prague. He wrote his stories, wooed his girlfriends, suffered through his tuberculosis and spent his entire professional career as an insurance lawyer in the city. He died in a sanatorium near Vienna, but his body was returned for burial in Prague’s New Jewish Cemetery in Olsanske.

In fact, Kafka and his canon cannot be fully appreciated outside the context of Prague. Although his fictional works like the Metamorphosis and The Trial seem abstract and deracinated, distilled from universal subconscious impulses and fears, they are actually deeply rooted in Prague’s tumultuous history and ancient Jewish storytelling traditions.

“Kafka absorbed all Prague’s humours and poisons and descended into its demonic nature,” according to Angelo Maria Ripellino in his book Magic Prague.

Prague’s Old Town was Kafka’s lifelong neighborhood and the spacious Old Town Square was literally his front yard for much of his life. Once inscribing a perimeter around a map of Old Town, Kafka said, “This narrow circle encompasses my entire life. On the perimeter of that “narrow circle” is Namesti Republiky (Republic Square), located on the edge of Old Town, reachable by the 5, 14 and 26 trams or the B (yellow) Metro line. Less than a block up Na Porici from the square, in the direction of the tram tracks, is a white building with a green dome across from the YMCA. It’s the Worker’s Accident Insurance Company of the Kingdom of Bohemia, where Kafka worked from 1908 to 1922. The firm’s name can be seen chiseled in the stone in Czech just above the 5th floor windows.

Kafka was one of two token Jews employed at this firm. He conducted studies of how workplace accidents happen, recommending new safety devices and procedures to prevent on-the-job injuries, particularly in the lumber industry. His work was well respected and he was recommended for a medal.

Each working day for 14 years Kafka would leave this office, carrying an umbrella and briefcase, and proceed down Na Porici to Namesti Republiky, where he would cross to the black gothic hulk called the Powder Tower. Along the way he would pass the spectacular art nouveau Obecni Dum (Municipal House), which was under construction from 1905-1911 while Kafka was a university student. Now renovated, Obecni Dum appears much as it did in Kafka’s day.

From the Powder Tower, Kafka would head up Celetna, one of Prague’s oldest streets. Celetna these days is a pedestrian mall, usually crowded with tourists and lined with tony restaurants and souvenier shops. But in Kafka’s day these shops sold baked goods, meats, clothing and hardware.

Just before Celetna opens into Old Town Square there are two houses that face each other across the street, Celetna 3 and Celetna 2. The former, called the House of the Three Kings, is where the Kafka family lived from 1896-1907. Kafka had his first room to himself here and wrote his first story here. Downstairs was the fancy-goods shop of Kafka’s father, Hermann Kafka, specializing in items like canes, parasols and knitwear.
Kafka’s room was in the back at Celetna 3 and looked directly out onto the imposing Tyn Church with its two towers bristling like missile batteries with spires. Author Ivana Edwards believes Tyn is what Kafka had in mind in The Trial when he described a cathedral of such size it “bordered on the limits of scale that human beings could bear.”

The literary salon of Kafka, Brod and Werfel.

After Celetna 2, called Sixt House, a childhood home of Kafka from 1888-89, Celetna opens into the square. Only 30 meters from Celetna 2 is the Unicorn Apothecary building (note the sculpture of a child with a unicorn on the facade). It was here that Kafka, often accompanied by writing friends Max Brod and Franz Werfel, attended Prague’s only literary salon, which was hosted by arts patron Berta Fanta, whose husband owned the pharmacy downstairs (in later years, Albert Einstein was also a salon regular while he was a young physics professor in Prague).

Across the south side of the square and past the Old Town Hall, where the crowds gather hourly to watch the parade of plaster saints on the astronomical clock, is the Minuta House. The building’s elaborate sgraffito depicting allegories from Greek Mythology make it hard to miss. Kafka lived here from 1889 to 1896 while attending the German Primary School for Boys on Masna.

The best view of the hourly show on the astronomical clock, incidentally, can be had from the second-floor Cafe Milena, directly opposite the clock face. Named after the one true love in Kafka’s life (he never married) and run by the Franz Kafka Society of Prague, it’s an excellent vantage and an oasis of serenity above the crowded square.

Crossing to the north side of the square (retracing the steps Kafka took each day to school), St. Nicholas Church with its twin baroque towers looms into view. The white stone building on the corner of the square opposite the church, however, is what deserves attention. This is the Oppelt House, where Kafka lived during the First World War (his poor health exempted him from being drafted). Kafka had a room looking directly out on St. Nicholas. The downstairs now houses a restaurant called U Masinu offering upscale Czech cuisine.

On the west side of St. Nicholas Church is a small side square called U Radnice. Here, nestled right next to the church, is Kafka’s birthplace, at U Radnice 5. It is now home to the Franz Kafka Exposition, a modest museum to the writer.

For an entrance fee of 20 crowns (about 50 cents) the visitor can peruse permanent exhibits that include photos of Kafka and his family, artifacts of Jewish life in Prague, a map of Kafka-related sites and a timeline of his life. Most interesting is a display of first editions, including a 1916 edition of the Metamorphosis, one of the few of his books published in his lifetime. A counter in the little museum sells books on and by Kafka, a bust of his head and coffee mug on which the writer’s gaunt face stares intently back.

The Ghosts of the Jewish Ghetto:

Just west of the museum entrance, at the intersection of Maiselova and U Radnice, is Prague’s only bust of Kafka. It gazes out into the square from a perch on the corner of the building. From this intersection, Maiselova leads north straight into the heart of the city’s ancient Jewish quarter (None of the museums, synagogues or cemetery in this section are open on Saturday, the Jewish Sabbath).

Sadly, only vestiges are left of this extraordinary neighborhood, which profoundly influenced Kafka. “In us all it still lives — the dark corners, the secret alleys, the shuttered windows, the squalid courtyards, the rowdy pubs, the sinister inns,” he wrote of the ghetto. In 1893, Prague launched a massive “hygienic” urban renewal which swept away nearly all of these “secret alleys” to make room for posh French-style boulevards like Parizska (Paris Street).

On the east side of Maiselova, north of Siroka (where sits the Franz Kafka Cafe, a pub that merely appropriates his name), is the pink Jewish Town Hall, the civic hub for Prague’s Jews since the baroque era. The tower of this building contains the famous Hebrew clock whose hands turn backward.

Next door to the town hall is the storied Alt-Neu Synagogue with its sinister-looking sawtoothed roofline. The heart of Jewish life in Prague for 700 years, it’s the oldest synagogue in continuous use in the world. In 1389, a crazed mob chased hundreds of Jews into this synagogue during a pogrom and massacred them. Their bloodstains were preserved on the wall for 500 years. According to one of Prague’s old Jewish legends, a sealed-off room in the attic of the Alt-Neu contains the remains of the Golem, the Jewish Frankenstein of the medieval ghetto. Kafka, who attended Alt-Neu, knew these stories and a hundred more.

U Stareho Hrbitova, opposite the town hall and Alt-Neu, leads to one of Prague’s most popular attractions, the Old Jewish Cemetery, which the Jews call the Garden of the Dead (Here is also a box office that sells tickets to most of the sites in the Jewish quarter, including the cemetery).

Because Jews were forbidden burial outside the ghetto, all of Prague’s Jews were buried here, a site no bigger than two or three tennis courts, from 1439 to 1787. The dead, estimated at up to 100,000, are beneath your feet in layers 12 deep. The 12,000 tombstones crammed onto the heaving earth lean crazily in every direction. It’s a moving and unforgettable sight.

From the cemetery, Brehova leads to tree-lined Parizska and the modern Hotel Intercontinental at the north end of Parizska. Next to the hotel, on the plaza containing the ring of flagpoles, is the site of a demolished building where Kafka lived from 1907 to 1913. It was here, in a third-floor room that had a view of the river and the toll bridge crossing it, that Kafka wrote the Metamorphosis.

“I would stand at the window for long periods,” he wrote in his diary in 1912, “and was frequently tempted to amaze the toll collector on the bridge below by my plunge.”

Across the river, in the castle district, are two other Kafka sites worth noting, including the tiny house on at 22 Golden Lane in the shadow of St. Vitus Cathedral where he lived with a sister while writing and the Schonborn Palace on Trziste in Mala Strana (now the United States Embassy) where he lived briefly.

To visit his grave, take the A (green) Metro line east to Zelivskeho station and, after exiting the Metro station, head north on Jana Zelivskeho to the entrance of the New Jewish Cemetery (men are asked to cover their heads). Here, about 300 meters along the path to the right, is the two-meter obelisk marking the gravesites of Franz Kafka and his parents.

Kafka’s grave has no epitaph, but here’s what his lover, Milena Jesenska, wrote a few days after his death: “He wrote the most significant works of modern German literature, which reflect the irony and prophetic vision of a man condemned to see the world with such blinding clarity that he found it unbearable and went to his death.” 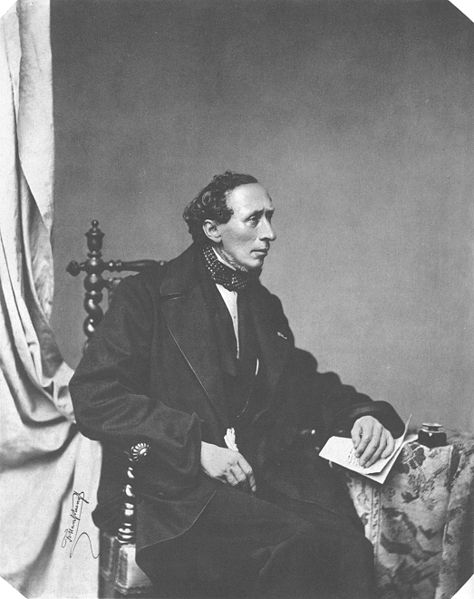 The Scroll of Jack Kerouac