– Their Eyes Were Watching God

Zora Neale Hurston was the fifth of eight children born to John Hurston, a carpenter, and Lucy Potts Hurston, a former school teacher. Hurston grew up in Eatonville, a small town 10 miles northeast of Orlando, Florida. She frequently fudged her birthdate as 1901, but most scholars believe she was born in 1891.

Eatonville, known as the “the first incorporated African American municipality in the United States,” was the small-town foundation for Hurston’s literary growth. She spent her early years sitting on the porch of Joe Clarke’s store, listening to the men swap stories. This image of an African American town that thrives through storytelling is one that occurs in much of Hurston’s work.

Today, the Association to Preserve the Eatonville Community works to promote the town’s literary heritage. Every year, on the last weekend in January, Eatonville hosts the Zora Neale Hurston Festival of the Arts and Humanities. More than 100,000 people attend the speeches, street festival, educational presentations, artistic competitions, and awards banquets that have Eatonville spilling over with African American pride and culture during this celebration.

The Zora Neale Hurston Museum of Fine Arts and the Zora Neale Hurston Youth Institute are also located in Eatonville. Both promote year-round training, performances, and exhibitions for artists of African descent. Meanwhile, the Museum of Fine Arts, which is located on Kennedy, the main street running through the historic district, has maps for walking tours of the town.

The map shows the location of the original buildings in the area. Since few of Hurston’s original residences exist today, a walking tour with the map is the best way to access the town that Hurston lived in at the beginning of the 20th century. The Mosley Home is one of the only original homes that remains in the area. A sorority has purchased the home and recently re-dedicated it for educational and historical use.

After Hurston’s mother died, Hurston moved north and supported herself as she earned her associate’s degree at Howard University in Washington D.C.. She then moved to Harlem, where she became the life of the party. Hurston’s tales of the South led her to Franz Boas at Barnard College. Working with Boas, Hurston developed an interest in anthropology. She earned her bachelor of arts degree from Barnard College in 1928.

Hurston then traveled extensively through Florida and the Caribbean to collect and write stories about what she saw. She wrote a number of short stories and contributed to a variety of magazines. In 1930, Hurston collaborated with Langston Hughes on the play Mule Bone. In 1935, she published Men and Mules, a written history of Southern African American folklore. When the book was published, readers who had previously dismissed African American culture as frivolous and juvenile learned that they had a rich and complex literary tradition.

She traveled to Jamaica and Haiti on a Guggenheim Fellowship. While in Haiti, Hurston wrote her second book, Their Eyes Were Watching God. When this book was published in 1937, Hurston was shunned by her peers. The free-loving ways of her main character did not reflect the morals of the times. Readers criticized Hurston for focusing on black culture, not race relations. Richard Wright, Hurston’s contemporary and author of Native Son, said the book carried “no theme, no message, no thought.”

Never returning to the bright lights of Harlem, she remained in the South for the rest of her years. Hurston’s later works never achieved national recognition. She lived in a small house in Fort Pierce, Florida and worked for a short time as a substitute teacher at Lincoln Park Academy. After suffering from a stroke, Hurston was forced to enter the St. Lucie County Welfare Home, where she died on January 28, 1960. Hurston was buried in an unmarked grave.

In 1973, Alice Walker made a pilgrimage to the site of Hurston’s grave.
Walker left a memorial stone at the site:

Walker’s writings led to a revival of Hurston’s work. Their Eyes Were Watching God, which was out-of-print for almost 30 years, is now a staple for women’s literature and Southern literature classes across the nation. Many critics now consider Hurston a literary genius.

She captured the essence of the African American folklore traditions of the South. She was a writer, a storyteller, but perhaps most importantly, an anthropologist. Hurston did not apologize for focusing solely on African-American culture in her work; she reveled in it. Early in the novel, Their Eyes Were Watching God, one of Hurston’s characters says, “You know, honey, us colored folks is branches without roots…” With her stories, Hurston was able to plant those roots.

The cemetery where Hurston was buried, the Garden of Heavenly Rest, is not on a map. It lies at the end of a dead-end street in a small residential neighborhood. The area around the cemetery is undeveloped. There is an empty field to the right and a natural acre of Florida wilderness behind the cemetery. This is the wild, native Florida that inspired Hurston’s writings. She wrote about farms, swamps, fields of sugar cane, alligators and hurricanes. Her work gives Florida a history and depth that reaches beyond the sun-drenched beaches and tourist hotels. Her stories remind us of a slower time, when people sat on rockers on the front porch to share a quiet story or two.

The school where Hurston was a substitute teacher, Lincoln Park Academy, is a few blocks away from the cemetery where she was buried. The school, which teaches Hurston’s work as part of its high school literature survey and has three plaques dedicated to the author, is surrounded by a tall fence. Visitors are not allowed on the campus.

Across from the school is a small, mint-green, cement-brick house. The house has a plaque hanging to the left of the front door. This was the house Hurston lived in during her time in Fort Pierce. According the plaque, the house has been declared a national landmark, but no work has been done to restore it. It is privately owned and is not open to the public. The house itself is plain, small, and simple. By today’s standards, most people would consider the house tiny. This modest home probably suited Hurston quite well. She was not the type of writer who wanted to center the story on herself. Instead, she worked hard to blend in with the people she met. She wanted to record their stories, not hers.

A library in the neighborhood has been named after Hurston, but few artifacts from her life remain in the community. Hurston’s life lives on in the pages of her books and through the stories that she passed onto others. It is interesting to tour the neighborhood where she spent her final years, but Fort Pierce was not the town where Hurston developed her literary style or love of storytelling.

To find the source of Hurston’s inspiration, one must travel, physically, to Eatonville, and, mentally, back in time.

This article was originally published in 2000. 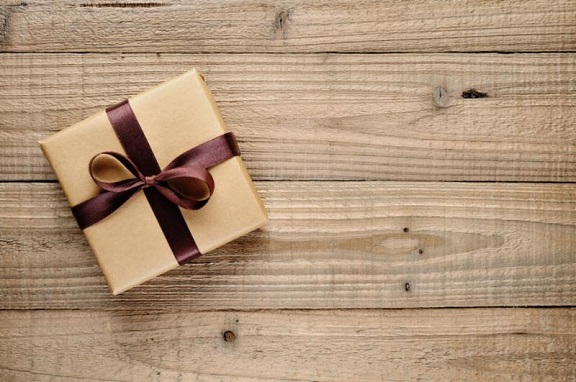