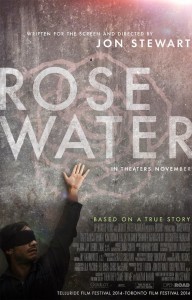 Jon Stewart’s The Daily Show encourages us to take our current events with both seriousness and levity, but the crux of his directorial debut is the cost and power that such glibness can have. Rosewater, adapted from the memoir And Then They Came For Me by Maziar Bahari, chronicles the Arab Spring from behind a camera and inside a prison cell. It seeks to remind audiences in the United States the costs of the revolutionary protests that we laud on Twitter and in major media.

Starring Gael García Bernal as Maziar Bahari, a journalist visiting his native Iran to cover elections when a brief correspondence clip with The Daily Show intersects with his coverage of the protests. Bahari finds himself imprisoned, following in the footsteps of his late father and sister, both of whom were jailed activists who believed passionately in a more liberal Iran.

The film begins with a flashback to a scene of religious devotion, where Bahari describes a memory of rosewater and sweat as the scent of the pious. A poem in Arabic, echoing both the rosewater and the rich poetic and cultural traditions of the region, is recited. Once captured, Bahari is tortured and interrogated for 118 days. We later find out that Bahari’s torturer, or “specialist,” was known to him by no name, but identified only by the scent of the rosewater he wore each time he appeared. This nameless man is given a screen presence that is unsettling human, through intimate conversations with a pining wife and pressure from his bosses to produce the confessions needed. His role in the bureaucracy is humanizing, and is there to remind the audience that there is no such thing as a simple, evil “Bad Guy.”

The quiet imagery of Iran seeks to highlight the ways in which the modern coexists with the conservative and fundamentalist. The characters on the side of the existing regime are often placid, calm and vaguely seductive in their conviction. The protests pierce a thick blanket of fear and conformity, which wears thin in visible patches as people work around the system. What startles most in Rosewater is the quiet arrest of Bahari and the relatively sedate moments of pain.

Though the torture is often physically brutal, it is secondary to the deep psychological torment Bahari faces, and he is often confronted by the specters of his father and his sister, on whom he relies for guidance throughout his solitary ordeal. His father, who spent many years in prison and never confessed, personifies integrity, willfulness, survival instinct, and can be cruel at times. His specter extorts Bahari: “You can choose who you are… You are already in prison but you’re still afraid.” As director, Stewart handles this delicate material masterfully—unsentimental but emotional, portraying the deep physiological rends of torture, in addition to the physical.

The intersection of the Arab Spring and social media hashtags are played out lovingly in a series of animations, as is the media coverage of Bahari’s imprisonment. With historical footage of the Arab Spring protests, his suffering is made immediate and topical; the scenes are recognizable at home, as well as abroad. And when the journalist is arrested, taken in the back of a car, the office he finds himself in is familiar, like the set of a TV detective procedural. The content of the questions he is asked, about specific Facebook likes and the amount of time he spent in New Jersey, is personal and yet banal. Confess, confess, the specialist demands, even as Bahari struggles to figure out why he is there.

And after Bahari is released, the prison remains — the specialist continues to struggle with his work pressures, and the prisoners with their pain and fear. When the camera pans across the jail, the cells are not empty, and the work of revolution is not done. Bahari is only a small part of a complex narrative. Instead of being limited to this individual moment, Rosewater represents the humanity of both sides—of the events themselves—and asks us where we can go when revolutions do not produce their promised instantaneous change. 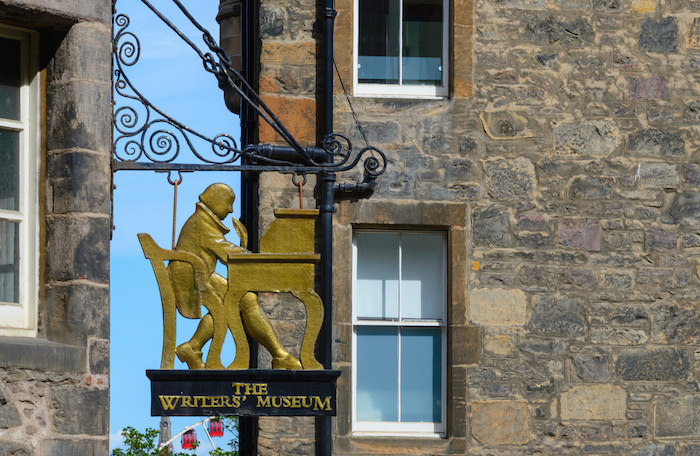 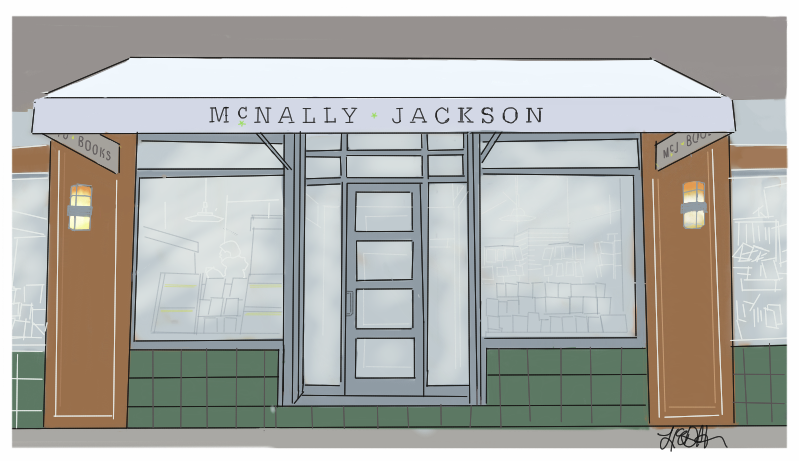 Bookstore Review: McNally Jackson, Where You Can Shop, Self-Publish, and Sip Espresso