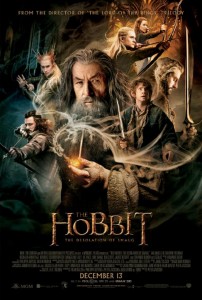 One of the most exciting literary adaptations of the past year, and certainly one of the most anticipated, has been the continuation of Peter Jackson’s Middle-Earth films with The Hobbit: The Desolation of Smaug. At this point, it might not have any revolutionary effect on cinema (Jackson already won a total of 17 Oscars for his Lord of the Rings trilogy), but it’s hard to deny the film’s appeal, even if it has trouble living up to expectations.

Some story elements of The Desolation of Smaug might feel like more of the same, but that’s part of what makes these movies so much fun: they take a unique, all-encompassing approach to world building which can be overwhelming at times, but also creates an immense sense of scale unmatched in the sci-fi and fantasy genres. This time Jackson has added even more of his own material, transforming J.R.R. Tolkien’s traditional tale for the cinema and preparing the world of Middle-Earth for the conflicts set up in the Lord of the Rings series.

But, as is the case in any adaptation, with changes come debate over whether said changes were necessary and/or beneficial to the film. So, let’s take a look at some of the differences from the original novel and how they impact the arc of the story. 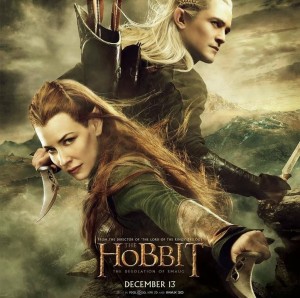 Jackson’s fabricated elf Tauriel has been one of the most controversial additions to the movie, since she had no foundation in the book. Admittedly, the love triangle between her, Legolas, and Kili is a little clumsy, but at least it’s an attempt at character development instead of a meaningless action sequence. This is also part of what makes Jackson’s Middle-Earth feel alive and real: he gives us little snippets and half-stories of things happening outside the central plot. Including Thranduil and Legolas makes the story feel connected to The Lord of the Rings trilogy, and shows us that there are things going on outside the realm of the main narrative.

Additionally, of all the things Jackson could have (and did) create out of nothing, a love story is far from the worst possibility. It even has a precedent in The Lord of the Rings trilogy: Arwen wants to be with Aragorn but is discouraged by her father Elrond in the same way that Tauriel’s desire for Legolas is inhibited by Thranduil. This simple similarity makes a series of movies which are about very different things feel more cohesive, like they take place in the same world.

Of course, there are sequences where the opposite happens. In the now infamous barrel scene, the band of dwarves and their hobbit companion escape from the elves only to be attacked by a group of orcs. Legolas and Tauriel come to the rescue and slay many of the orcs, chasing the survivors as they retreat. In the book, this scene not only lacked Legolas (who appears nowhere in the book) and Tauriel (who appears nowhere in any of Tolkien’s work), but it also lacked any orcs. The travelers simply escaped and went on their way.

It’s hard to argue with the alterations made to this scene though, because it’s one of the most exciting in the film. We get to see the elves fight in their signature too-good-to-be-true style, it adds some urgency and a sense of impending doom to the events (important when your movie is almost 3 hours long), and it builds the relationship between Thorin and Azog (the orc leader). The orcs’ motivations could be a little clearer (Azog wants revenge, but is also seemingly taking orders from the necromancer, and is later replaced by another orc named Bolg), and some of the shots from the barrels’ perspective look like they were taken with a GoPro, but in the end it’s a really fun addition.

But far and away the most exciting moments of the movie are the events that foreshadow The Lord of the Rings trilogy. Gandalf journeys to Dol Guldur and finds that the crypts of the nine men who will become the Nazgul are empty and learns that the necromancer is actually Sauron. There are also several scenes where Bilbo must use the ring to escape from danger, and these are intense, not only because they are action packed, but because we know each occurrence brings Bilbo closer to madness.  Saying that the best parts of the movie are those which preface other movies might make you wonder why you should watch this instead of re-watching those, and maybe this is part of what makes The Desolation of Smaug only good where The Lord of the Rings was great, but at the end of the day it ties the stories together and is enjoyable for that reason.

While The Hobbit: The Desolation of Smaug will probably not be remembered as fondly as any of The Lord of the Rings films, it’s an improvement on  An Unexpected Journey and will be loved by most fans of Peter Jackson’s Middle-Earth and Tolkien’s classic novels.

If you were a fan of The Desolation of Smaug, be sure to make your voice heard in this year’s Fauxscars. This year, we’ve nominated The Hobbit: The Desolation of Smaug for three Fauxscars: Best Character Portrayal by an actor for  Martin Freeman’s portrayal of Bilbo Baggins, Best Cinematography & Production Design for the sweeping and imaginative filmic representation of Middle-Earth, and Best Adaptation of a Classic.

The competition for Best Character is fierce this year with the talented Leonardo DiCaprio taking up two of the slots. So, while it’s nice to see Freeman’s talent acknowledged, I think he’ll have a hard time winning. Best Classic is also a tough category, and with all the changes Jackson made to the novel, maybe a more faithful (albeit updated) adaptation like Joss Whedon’s Much Ado About Nothing deserves to take home the award. As for Cinematography & Production Design, Jackson’s Middle-Earth is usually hard to beat, but this year’s The Hunger Games: Catching Fire might give it a run for its money. 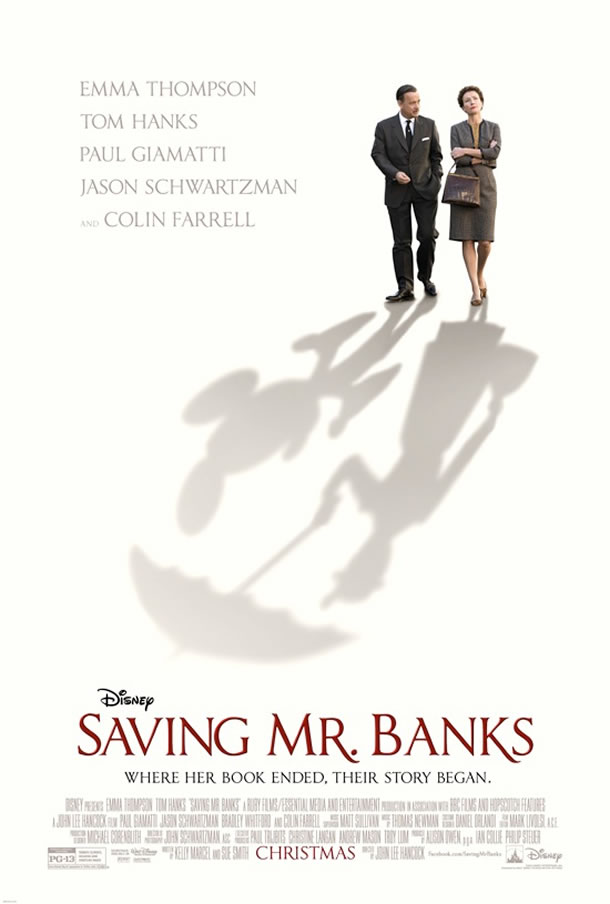 Fact vs. Fiction: The Wonderful World of Saving Mr. Banks 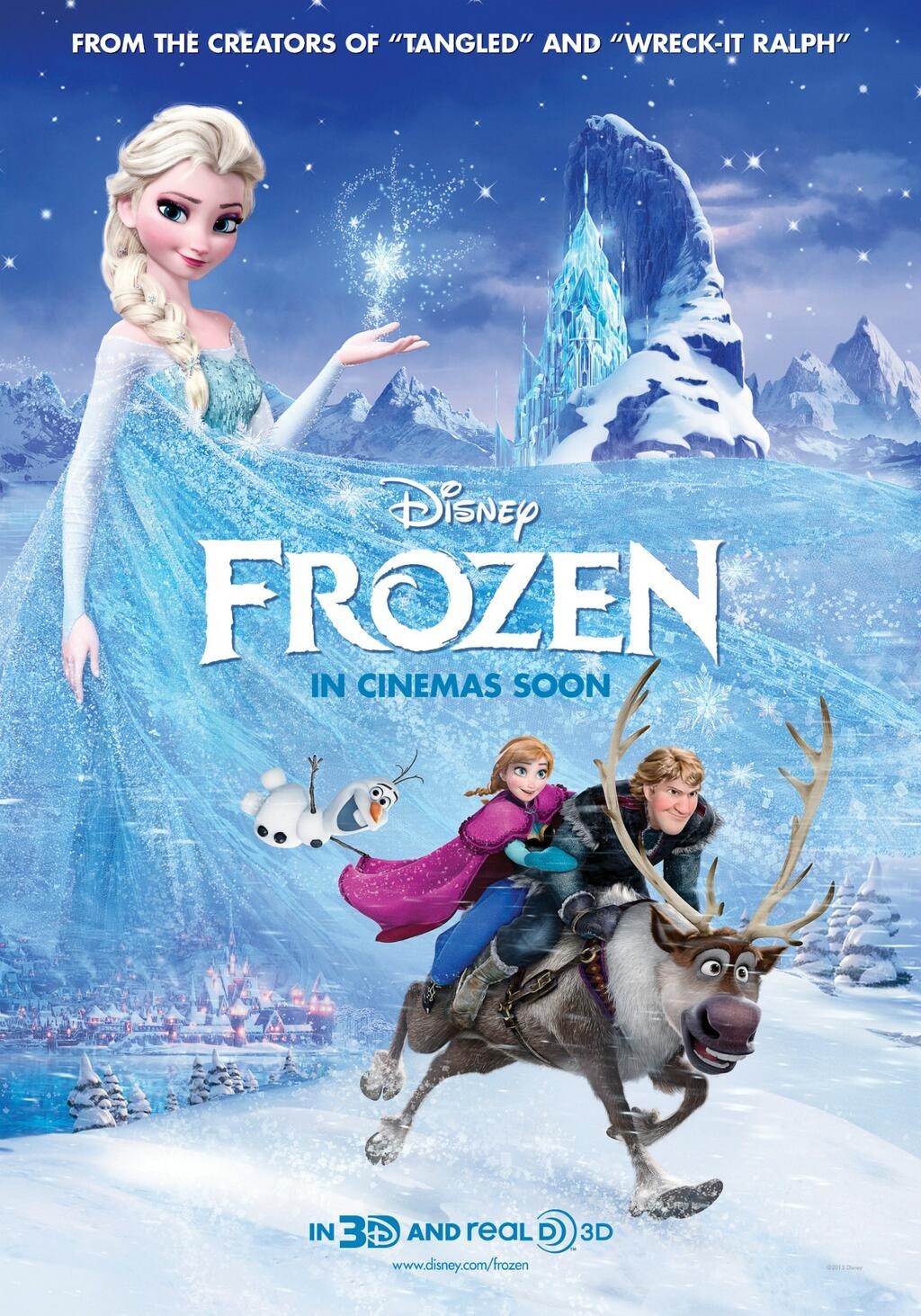 Frozen: A Heartwarming Reimagining of “The Snow Queen”