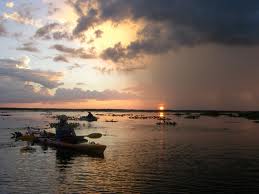 Cross Creek belongs to the wind and the rain, to the sun and the seasons, to the cosmic secrecy of seed, and beyond all, to time. So ends the book, Cross Creek, written by Marjorie Kinnan Rawlings.

Cross Creek still belongs to time. Thanks to the University of Florida Foundation, the efforts of supporters and the Florida Parks Department, the Marjorie Kinnan Rawlings State Historic Siteis available to thousands of visitors each year.

Accompanied by her husband, Charles (Chuck) Rawlings, Marjorie Kinnan Rawlings first set her eyes upon Cross Creek in 1928. She was fascinated with its remoteness, wildness, simplicity of life and its Florida Crackers. She immediately felt a sense of place. It touched all her senses. This was home. After returning north to put a close to her life there, Chuck”s two brothers (who lived in North Central Florida) found the perfect spot in Cross Creek, so named because it lay between the Lochloosa Lake and Orange Lake.

The acquisition also included two cows, two mules, 150 chicken coops, two chicken brooders, a planter, reaper, cultivators, sweeps and an old Ford truck on its last leg. They had hoped to live off the citrus groves. That never came to fruition, but Marjorie”s writing did.

Cross Creek was not just a place where she wrote but what she wrote about. From day one, she immersed herself and learned about every plant, shrub, tree and flower. She cooked three meals a day on a wood-burning stove and washed clothes in an iron pot. Wary at first, the neighbor Crackers soon warmed to her and opened up their lives and experiences to her. Marjorie took copious notes and filled several notebooks chock full of descriptions.

Later on in Cross Creek she wrote, “We at the Creek need and have found only very simple things. We need above all, I think, a certain remoteness from urban confusion, and while this can be found in other places, Cross Creek offers it with such beauty and grace that once entangled with it, no other place seems possible to us, just as when truly in love none other offers the comfort of the beloved.”

In 1930, Marjorie sold a short story entitled Cracker Chidlings to Scribner”s Magazine. It appeared in the February 1931 issue and came to the attention of chief editor Maxwell Perkins. He recognized a talent and wrote her inquiring, “Have you ever thought about writing a novel?” Her response was that she was “…vibrating with material like a hive of bees in swarm.”

Marjorie developed a rapport with Max Perkins that lasted until his death in 1947. Her first novel, South Moon Under, was published in 1933. The book captured so much of the richness of Cross Creek and its environs. That same year, she and Chuck were divorced. One of her least received books, Golden Apples, came out in 1935. But, she struck gold in 1938 with The Yearling, which garnered the author a Pulitzer for Best Novel.

In spite of her growing fame, Marjorie remained close to her roots in Cross Creek. She was equally comfortable with the Crackers as she was with the professors she socialized with at the University of Florida. Perkins also opened doors to other authors. She became friends with Ernest Hemingway, Thomas Wolfe, F. Scott Fitzgerald, Robert Frost and Margaret Mitchell. Noted for her volatility, Marjorie was also known for her generosity of spirit. Leaving any competitiveness aside, she often wrote letters to other writers such as A.J. Cronin, Anais Nin and John Steinbeck, praising them for their work.

In 1940, Scribners published When the Whippoorwill. Then in 1942, the cherished Cross Creek came out. Given her love of food, entertaining and growing vegetables and herbs, Marjorie soon followed with Cross Creek Cookery that same year.

By the end of 1942, both The Yearling and Cross Creek had been translated into 13 foreign languages and published in the armed forces edition. Shortly after her 50th birthday, the motion picture version of The Yearling starring Gregory Peck and Jane Wyman came out to critical acclaim.

Through marriage to hotel manager, Norton Baskin, several illnesses, two automobile accidents, a slander lawsuit that lasted more than five years, tipping the bottle a bit too much, and biding her time between a cottage in Crescent Beach (south of St. Augustine) and her beloved Cross Creek, it took Marjorie 10 years to complete her next book The Sojourner. It was published in 1953, and that December she died suddenly of a cerebral hemorrhage. She”s buried in Antioch Cemetery, a short distance from Cross Creek.

Laboring over what to put on her gravestone, Baskin decided upon: Marjorie Kinnan Rawlings 1896-1953, Wife of Norton Baskin. Through Her Writings She Endeared Herself to the People of the World.

Marjorie bequeathed most of her property to the University of Florida. She envisioned a place where students could come and stay. She wanted it to be a place of resources and inspiration. According to Valerie Rivers, Park Manager of the Marjorie Kinnan Rawlings State Historic Site, this continued throughout the 1960s. “They discovered a lot of people wanted to see the home. But, it had also deteriorated and needed restorative work. In 1970, the Florida Parks Service began managing the site.” In the 1970s and 1980s, they learned how to manage it. By the 1980s, says Rivers, “There was just the house and a vast emptiness. We are still in the process of re-creating the cultural aspects and landscape that inspired Marjorie Kinnan Rawlings.”

A staff of two full-time, one half-time person and four part-time tour guides are on board to maintain the garden, grove, house, animal care, visitor services, special school tours and general housekeeping tasks. August and September are spent on cleaning absolutely everything, painting, maintenance and other archival duties. “We could never do this while running tours through the house,” says Rivers. “It”s our only chance to ”spring clean.””

Major restoration was completed by 1996, the year of Marjorie Kinnan Rawlings” 100th birthday. The Parks Service threw a big shindig in celebration. Now, the first Sunday in August of each year finds an open-to-the-public birthday bash that draws hundreds.

Rivers notes, “When visitors come, they experience the whole sense of what life was like when Marjorie Kinnan Rawlings lived here.”

When you enter the gate to the citrus grove, you can see the pasture that once Dora, the Jersey cow, called home. Rawlings said Dora had a mean temper but produced the richest cream. Many of her prized recipes had that cream as an ingredient. Part of the grove has been restored where guests see many of the varieties that Marjorie wrote about. Although the original fruit trees did not survive, those growing now were nurtured from original rootstock or seeds.

The reconstructed barn represents Rawlings’ creative farming efforts. The original pump house remains intact. From there visitors go to the main farmhouse, which had been put together from three separate buildings interconnected with porches. Marjorie attached screens, built bathrooms and extended the front porch.

On the verandah is where she wrote most of her classics sitting at the cypress table on a deerhide chair with her typewriter in front of her. Oftentimes, she slept on the daybed, a few paces from the typewriter. She added floor-to-ceiling French doors in the living room to capture the Florida sunlight. She also brought in a generator and electric lights. You”ll see some of Marjorie”s books, clothes, furnishings and shelves lined with her favorite jams and jellies. Marjorie loved to entertain, and she reveled in the dining room with its antique Hitchcock chairs and Wedgwood china. In Cross Creek Cookery, she wrote, “For my part, my literary ability may safely be questioned as harshly as one wills, but indifference to my table puts me into a rage.”

Just outside the kitchen is the garden that reflects the seasonal crops Marjorie planted — herbs, fresh vegetables and flowers. Nearby are the mallard duck pen and one of the chicken houses.

“This is a place that seems to resonate for so many people,” says Rivers.

“The world is so full of focusing on the minutia. Here, the guest registry has comments such as peaceful, meditative, that it evokes past and present for them. Marjorie Kinnan Rawlings writes a lot about sense of place. If you”re in the wrong place, the right things don”t happen.”

Rawlings lived and breathed that sense of place. She wrote, “I do not know how anyone can live without some small place of enchantment to turn to.”

Floridian Kay Harwell Fernandez has been an award-winning writer and editor for 20 years. Her topics run the gamut, but she specializes in travel, arts and culture travel, and film.

Books About Rawlings and the Creek:

More on the Web
Marjorie Kinnan Rawlings
An Elusive Legacy by Lucy B. Tobias 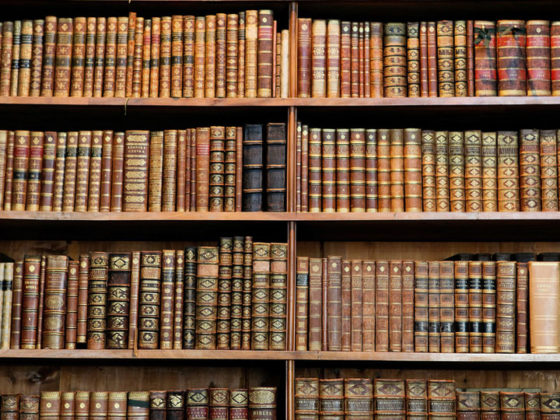 Libraries and Bookstores Foster Community during a Pandemic 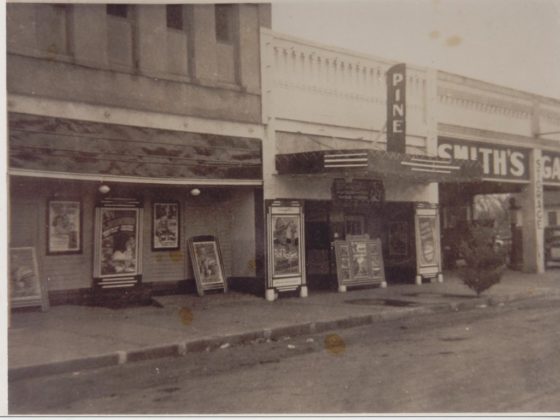 Theaters in the Age of COVID-19: A Look at the Past and Future of Cinema