As a dedicated movie-goer, one thing I have really been missing since March is that excited feeling you get when you walk into a theater, ready to see the newest release on the big screen. There is something special about seeing a film in theaters. Maybe it’s the smell of buttery popcorn in the air or the fact that all your attention is dedicated to the film without the distractions of home. While I love the theater viewing experience, the movie theater industry has been on the decline for quite some time now, with streaming services like Netflix, Hulu, and Disney+ bringing a wide range of films and series to the home at a fraction of the price. And with most theaters around the country closed due to COVID-19 since March, I started wondering if this might mean the beginning of the end of movie-going.

As many film lovers know, the first commonly found movie theater was the 5-cent admission Nickelodeon, the first of which was opened in Pittsburg, Pennsylvania in 1905 by Harry Davis. Movies quickly surged in popularity and the demand for bigger, more comfortable theaters came about around the 1920s. Since then, movies grew and became more and more lavish. First air-conditioners made summer movie-going more popular, then stadium seating layouts and multi screen theaters allowed theaters to accomodate a larger number of people. Higher quality food and drink made theaters a destination for both family outings and first dates. But then the growing popularity of high definition TVs and HD DVD players seemed to have contributed to the decline in theater attendance nationwide.

In 1997 Netflix was founded by Reed Hastings and Marc Randolph and revolutionized the way we watch movies. Originally offering online and then DVD movie rentals, Netflix grew in popularity and went on to offer DVD subscriptions and eventually became the popular streaming service that we know today. Theaters felt the pressure of competition and were forced to evolve to lure people out of the comforts of their homes. Theaters began offering more food and drink options, with many beginning to sell alcoholic beverages, and seats became more comfortable. The controversial rise and fall of subscription-based movie ticketing service MoviePass in 2018 made movie-going more affordable for viewers but quickly failed.  However, theaters quickly followed suit and came out with subscription packages of their own such as Regal Unlimited and AMC Stubs, but even still, viewing movies in theaters was still on the decline.

Not only did streaming services begin to compete with the cinema industry due to the incomparable conveniences and comforts of watching movies at home, but streaming also met the increasing demand for serial content. While some argue that streaming services are not actually competing with the movie theater industry, citing that those who use streaming services heavily also attend the cinema often, it is unquestionable that streaming services like Netflix and Hulu offer something theaters do not: TV and original series. Many series, many of which happen to be literary adaptations, have amassed cult followings like the widely acclaimed Hulu series The Handmaid’s Tale based on the 1984 Margaret Atwood novel of the same name (and if you like Atwood you can also stream the limited series adaptation of her historical fiction novel Alias Grace on Netflix). HBO’s miniseries adaptation of Liane Moriarty’s 2014 novel Big Little Lies also proved successful as it spawned a second season. Some have gone as far as saying that TV series just may be the new books. And while I can’t imagine anything replacing the written word, the success of so many TV series literary adaptations highlights just how compatible the two mediums are. Chapters meld seamlessly into episodes and the screen gives new vibrancy to written stories.

The future of film

So while movie theaters were already struggling to compete with the convenience and affordability of at-home movie watching and series streaming, the COVID-19 pandemic brought along another challenge for them to face. While some theaters have opened up with new social distancing and sanitizing protocols, it might take more to convince customers that going to the theater is worth it when you can easily watch films from the safety of home.

Some films that were set to release in theaters around March or shortly after, including Emma, decided to go ahead with release, but made films available to watch at home at a greater price. But others were pushed to later dates like John Krasinski’s A Quiet Place II which was originally set to premiere in theaters in late March of 2020, but it is now set to release April 23, 2021due to the ongoing pandemic. Because of theater closures and filming being cut short or prevented altogether, just to name some consequences of the pandemic, the global film and television industry is set to lose $160 billion in revenue over the next five years.

So what is the future of movie watching? Many have turned to drive-in theaters as a safer alternative to traditional theaters. Though showings are limited and theaters are often seasonal and require large expanses of land (which isn’t feasible in most urban settings), drive-ins have had a revival of sorts following the onset of the pandemic in March. There is also talk that streaming and tech giants like Netflix and Apple might take over theaters.

While the future of movie theaters and the film industry at large is very much up in the air right now, like most things have been since March, I still have hope that theaters might adapt and survive these trying times. Seeing a movie in theaters is an incomparable experience; films are made to be seen on the big screen. And because I know I’m not alone in my love for going to the movies I feel hopeful that, while it has faced many obstacles, cinema will never die. 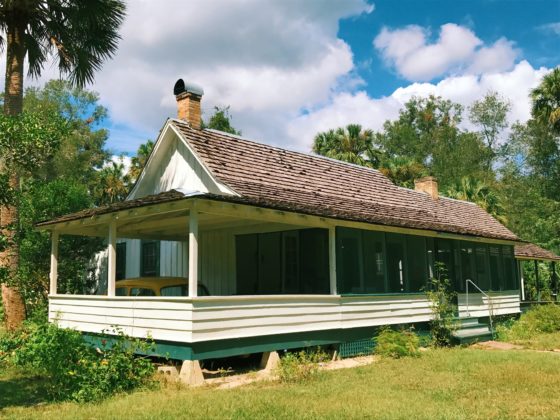 Travel from Home while Social Distancing