For lovers of gingerbread, the Chalfonte Hotel is Shangri-La and Sunset Boulevard.  It is a Studebaker that’s just come off the line, a loaf of bread that’s hot as it is shapely; a piece of wrought iron beaten into the leafy multiplicities it would seem, on paper, to imitate so poorly.  In a photograph, the old Chalfonte seems like the citadel no such place – situated, as it is, on a city street – can be.  Its bright-fronted majesty is such that it is impossible, when you’re anywhere near it, to look at anything else.  And it is as white as a celluloid collar.  No, whiter than that!  It is as white as the chalk lines that run from home plate to first; as white as talcum powder; as white as a bone-spur against a blue-purple sky.  Even when the sunlight has settled near its crown and braided the long esplanades in shadow, the white paint – which has become a kind of spiritual emanation – is all you remember.  It is the whitest thing you will ever see.

To possible detractors, the place sprawls asymmetrically.  It has kinks in its wooden frame.  It lacks the contemplative spaces that are common to Great Architecture.  And yet it is almost indecently compelling.  Its esoteric presence trumps the impulse to make good or decent sense.  It appeals to the ingénue spirit that hovers outside of it in a cab; a lover’s gratitude; and a poet’s sense of place.  If you try not to be excited, it won’t stick.  Though it’s got bones enough, The Chalfonte Hotel is as ethereal as anything that’s been hammered, by sublunary muscle, together.  Can common nails create such a monument? Apparently they can. If an unbridled imagination made it possible, what in God’s name holds it in place? Who knows – but I’m very happy that it does.

It was built after the Civil War, when everybody was working again and trying – as people do after any war – to forget.  (Its builder – a man whose brush with death as a controversial prisoner must have haunted him long past the war itself – wanted to get on with it possibly more than he knew.)  Rather than brood about a broken country, America went stark-raving mad.  It eschewed the puritanical lines of Federalist architecture, plunked its planed boards on to a jigsaw, and created outlandish things.  While uniquely exuberant, the Chalfonte was not meant to be one of a kind. Almost every coastal village had its Chalfonte, or a string of them.  Yet it couldn’t have been conceived in a city that was chopping itself down one day and re-building the next. It needed not only space, but a more provincial attitude. Cape May, New Jersey, where it stands among broad lawns and shake-covered houses, had been a vacation-place seventy-five years before the conditions that raised the Chalfonte could exist.  Its earliest visitors were very much like the ones today – even if they were a more rough-and-tumble lot that wasn’t used to vacations. Yet they wanted the ocean breezes, with their hint of wild things living inside of them, as much as we do. They wanted to hear the salt spray before they could see it. And they wanted to be away from whatever noisy, back-biting, poly-glottonous place they’d been in.

There was already one big hotel, The Congress, which spread out on its haunches along the waterfront.  Its open plan gave a visitor wind and water as well as the occasional fire. (Fires broke out among the mostly clapboard buildings with a regularity for which the town prepared mostly by taking them for granted and learning to rebuild in a hurry.  When The Congress was rebuilt, it was faced in brick, to which it owes its unusual longevity.) Many an illustrious achiever passed underneath its gigantic porch and made himself (there were no women achievers who dared to speak up) known insofar as he could in a place that was so much bigger than he was.  He and his fellows came here to feel better. I can’t imagine people doing business in such a place, though in business-minded America they probably did anyway.

The Chalfonte is not as big as the biggest places.  Its charm consists in its details: the long verandas, the finely sculpted window-frames, the spindly-looking columns along the Franklin Street side of the building.  The Franklin Street side is as “good” as the front, or Howard Street, side, but is not as immediately captivating. Its columns suggest the Hotel Saratoga, as quintessential a gilded palace as was ever built in an America that could, at one time, boast of thousands.

Inside, the Chalfonte is as comfortable as a potting shed – and as frumpy as some of the old ladies who like to doze in the big chairs.  The Magnolia Room, which serves “Southern-style” breakfast and dinners, is connected, by a kind of breezeway, to a lobby area that is cramped near the check-in desk, but spreads out once you get away from it.  From here one could smell, in somewhat later years, fried chicken wafting from the kitchen, which had been taken over by Richmonders who wanted to spread the gospel of Southern cooking. They must have known that politics rarely interfere with one’s palette and served their chicken with an impunity that was granted from the very start.  The “lobby” is a hodgepodge of undistinguished items, included a scabby-looking “chromo” of the Lusitania. But, jumbled together, they create a sense of outworn gentility, which guests seem to like well enough to leave “well enough” alone. Until recently, you had to present yourself to the Magnolia Room staff in a sport-jacket, though I believe sartorial refinements are no longer required.  Art exhibits pop up there – some good and some bad. There are paintings all over the place – some good and some bad. (Casual-seeming watercolors of the Chalfonte’s breezeway are a cut above the rest. Another painting of its double facades also captures the imagination. It was done by a Russian immigrant who was so famously alcoholic that his artistic chops were not as appreciated – except by the bartending class – as those of a man who is continuously sober.  Yet he lived a goodly while – proof positive that, while alcohol can destroy the heart, brain, and liver, it may also pickle these things and keep them – as long as the pickling is seasonably maintained – out of harm’s way.) The wall-space is generous, but intimate. Though the Chalfonte is not a residence, you could hang a family portrait there. (There is at least one of them, though I don’t know who the person is. But it looks dignified and the sight-lines favor a leisurely look-see.)

One might stay at the Chalfonte throughout the year, though I would prefer it when The Season winds down and I could seem to be one of its only tenants.  Its first-story veranda is furnished with rocking chairs that are dedicated to former guests. (Business card-sized plaques, which are fixed to their head-rests, say who they are and when they lived and died.) To celebrate the season at hand, pumpkins have been placed on the bases of columns that stop, somewhat arbitrarily, at the second floor. Opposite the rocking chairs are more rocking-chairs, though end-tables relieve the pleasant monotony.  I would imagine that summer people put their lemonade on them during the daytime. Stronger stuff no doubt appears toward dusk and beyond.

The Chalfonte isn’t expensive.  Guest rooms are available for $120 – $279 – plus tax. “Signature” suites cost more and are probably more luxurious.  (I’d just as soon go cheaper with the room itself and impersonate hangers-on, who congregate in the public areas.)

There are two cottages, which can be occupied by one or many.  The Howard Street Cottage is dedicated to intimate functions. Its seven rooms are available to individual guests.

The Franklin Street Cottage has four bedrooms and can be rented on a weekly basis.

The Magnolia Room serves breakfast all week long and dinner Monday through Saturday.  Its “Southern” menu was established by the Richmond Satterfield’s, who ran the place for well-nigh upon fifty years.  When they let go of it, the tradition was so firmly entrenched that it stuck. Its food preparation folk are local celebrities.  The most celebrated of these celebrities happened to be at the checkout line in a nearby supermarket. The cashier was effusive – as was everybody else who’d caught a glimpse of them.  Being on the “wrong” side of the Mason-Dixon line, Cape May can be a hotbed of Southern manners.

The Chalfonte is embedded among Victorian splendors that are poly-chromed – in the new retro-style – to beat the band.   Yet its splendor shows more to advantage because it is unembellished. There is its quintessential whiteness, which has already been discussed.  (Its owners have wisely set it off with greenish shutters that may be a slightly different color this year than last.) And while its individual elements are shipdeck-sturdy, the impression it makes is an airy one, as if these individual elements, when combined, might lose whatever heart-wood they had back in the 1870’s and, if poets and not physicists composed our laws, might lift the place up.  When I see this big hotel, I think of old playgrounds as being more elegantly in tune with the wish to stroll rather than hurry; broad avenues resplendent with the carriage trade that had brought people here until the automobile came along; and quietly well-dressed patrons eager to get in and have the first cocktail of the evening. It is true that such places might be considered over-the-top right now.  And being essentially democratic in my notions about any social order that should include others, I deplore aristocratic retreats and fifty-carat hideaways. The Chalfonte is, however, proof that a bad system might pull out of its brighter regions something to give a hoot about. As such, it is a lesson in surprise – which we regard as essentially pleasant. But a good surprise has the element of shock and that is precisely the effect The Chalfonte had – and still has – on me.

A Kind of Epilogue

I’ve mentioned no literary figures because none – as far as I’ve been able to ascertain – have been to The Chalfonte, though I would like to think that when *Tennessee Williams visited the town, he had stayed there.  It’s the sort of place Hannah Jelkes might have chosen as a refuge from her day-work as a sketch- artist. Along the veranda – or in a small private room – Reverand Shannon might have endured his night-sweats with a possibly greater equanimity.  And Nonno, whose last poem was suffused with the hope dying men sometimes write about, could have been conceived underneath its rafters. It is a public sort of place with a private center; sanctuary for any traveler who may be running away from him or herself; an evening’s respite for an overwrought imagination.  Or just an ordinary fatigue so many other places might worsen.

*An old friend of mine had dinner with him and his secretary in the 1970’s, when Williams took to the road rather often.

Brett Busang’s Laughter and Early Sorrow, a collection of short stories about growing up in a suburban America that wasn’t idyllic in the least, was published last November.

If I did not write, I would be sitting at a barstool griping about lost opportunities  and a life that went up in smoke as its victim gaped and glared.  As a writer, I can gripe about similar things with a certain gravitas and be more conscientiously credited for them. 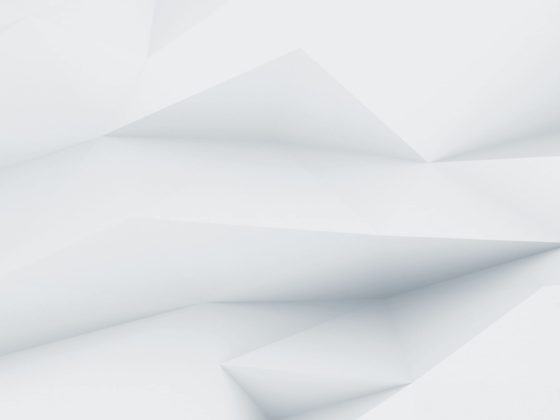